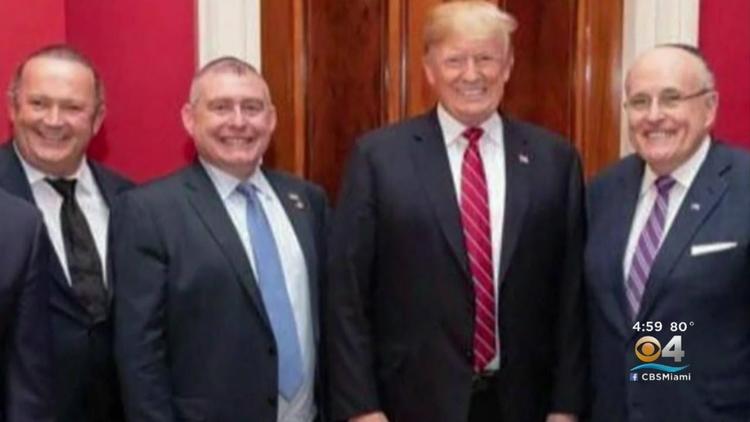 Ann Arbor (Informed Comment) – As I pointed out last week, the most powerful intervention in US politics allowing foreign influence in US elections, which contributed to Trump’s victory in 2016, was the Supreme Court’s Citizens United v. Federal Election Commission, (2010) decision. Like Michaelangelo’s God creating Adam with a pointing finger, SCOTUS created out of thin air a doctrine that corporations are persons. They added to this ridiculous conclusion their previous creatio ex nihilo, the terminally stupid argument that money is speech and so money in politics can’t be regulated. The result is that corporations can now donate on their own to Super-Pacs. Since corporations are often opaque as to ownership and since foreigners can be prominent on their boards, SCOTUS has allowed foreigners to donate to and influence US elections

They also did illegal fundraisers for Florida governor Ron DeSantis, helping him win the governorship.

“A series of pro-corporation Supreme Court decisions and the latter’s disingenuous equation of money with speech, including “Citizens United”, have turned the United States from a democracy to a plutocracy. It is not even a transparent plutocracy, since black money (of unknown provenance) has been allowed by SCOTUS to flood into elections. These developments are not only deadly to democracy, they threaten US security. It is increasingly difficult to exclude foreign money from US political donations. We not only come to be ruled by the billionaires, but even by foreign billionaires with foreign rather than American interests at heart.”

At The Intercept, Jon Schwarz and Lee Fang explained that Citizens United (2010) changed everything, allowing corporations to contribute their own money to Super-PACs, with the only restriction that they not directly coordinate with the candidates’ campaigns (a vague restriction, the contravention of which is almost impossible to prove).

Citizens United, by bestowing political personhood on corporations, opened US elections to foreign money in several ways, they point out.

Ghost corporations, the ownership of which is opaque, can be set up precisely for the purpose of contributing to super-PACs. The FEC is underfunded and castrated and lacks the resources and the will to look into the actual owners of the ghost corporations.

Further, some 25% of securities in US corporations are owned by foreign nationals, and it is absolutely impossible to squester foreign and US interests within these corporations or the super-PACs they support.

Non-profit foundations can also contribute to super-PACs. They write,

“Want an example? Consider, for instance, that the American Petroleum Institute is partially financed by the U.S. subsidiary of Aramco, the state-owned Saudi oil company. In the 2010 midterm elections, API was one of the funders behind attack ads that helped the Republican Party take back the House of Representatives from the Democrats and stop most of Obama’s plans in their tracks.”

Nor is there any prospect of this situation improving. When Brett Kavanaugh was confirmed on the Supreme Court, I wrote,

“Big Money Dominating Politics. Citizens United (2010) and other recent Supreme Court cases allowing the super-rich to saturate the airwaves with advertising for the candidate they back, with full knowledge that they thereby ingratiate themselves with the candidate and can expect to call in favors– all this has made money king in the American electoral system. It isn’t that most Congressmen are personally bribed. It is their campaigns that receive the money. But a big war chest is job security for congressmen and senators. Richard L. Hasen explains that “Justice Anthony Kennedy, writing for the Supreme Court in 2010 in Citizens United v. Federal Election Commission,” rejected the idea that it is corruption for large donors to the campaign of a politician is corruption. Rather, the donor receives only “Ingratiation and access” which is permissible. In a case decided in 2014, McCutcheon v. Federal Election Commission, Chief Justice John Roberts went even further, celebrating the idea of politicians responding to the wishes of big donors and spenders. Not only are “ingratiation and access” afforded those making large campaign contributions not corruption, Roberts explained. Donors “embody a central feature of democracy — that constituents support candidates who share their beliefs and interests, and candidates who are elected can be expected to be responsive to those concerns.” In a democracy, Roberts tells us, we should want politicians to be responsive to big donors.Citizens United was … a fragile 5-4 decision that could have been weakened or ultimately overturned. Now, it is 6-3 and likely become set in stone to the vast detriment of our democracy.”

So arguably if you’re upset about soliciting or permitting foreign interference in US elections, John Roberts is somebody you should look at impeaching.

I think I nailed it.