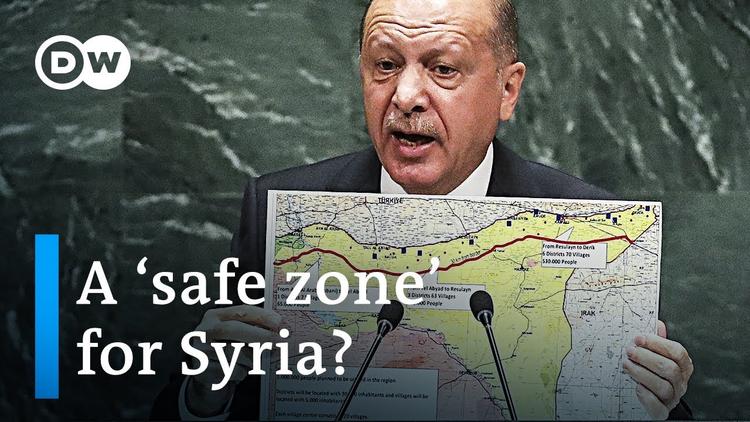 ISTANBUL —The Turkish government plans to use Syrian refugees to displace the local Kurdish population in northern Syria. But so far, the scheme isn’t working so well.

Last week, Turkish President Recep Tayep Erdoğan announced his intention to settle up to two million refugees now living in Turkey into northern Syria. “We aim to accelerate the return of Syrian refugees to their homes,” says Erdoğan.

Turkey hopes to transfer Syrian Arabs to an area inhabited for centuries by Kurds. It plans to create a militarily controlled “safe zone,” which would stretch along 300 miles of the Turkish-Syrian border and eighteen miles deep into northern Syria.

Turkey claims such a massive population transfer will lead to the defeat of the Kurdish militia, People’s Protection Units, which it falsely labels as a terrorist group.

According to Sezgin Tanrikulu, a human rights lawyer and member of the Turkish parliament from the opposition Republican People’s Party, the government is embarking on an “Arabization” program similar to what Syria tried to do in the 1950s and 60s, to displace the Kurds.

In an interview he tells me, “We are against the war in Syria, and we are also against the attempts to change the demographic structure of that area. This is not humanitarian and is not something history would accept.”

The government has stepped up deportation of refugees arrested for not living in the part of Turkey where they had work permits. And Erdoğan periodically threatens to launch new attacks on the People’s Protection Units (YPG).

Turkish authorities claim that so far, 340,000 refugees have voluntarily returned to live in the Turkish controlled part of northern Syria. But Human Rights Watch has found numerous examples of forced repatriation.

“Turkey claims it helps Syrians voluntarily return to their country, but threatening to lock them up until they agree to return, forcing them to sign forms, and dumping them in a war zone is neither voluntary nor legal,” says Gary Simpson of Human Rights Watch.

The current crisis emerged amidst growing Turkish anger at Syrian refugees. A recent poll shows Turkish support for Syrian refugees has dropped from 70% in 2006 to 40% today. Earlier this year gangs of Turkish youth randomly attacked Syrian shops in Istanbul.

In addition, a three-year agreement expires soon in which Turkey agreed to block refugees from entering Europe in return for $6.8 billion in refugee aid. Ankara is already allowing thousands of refugees to flee to Greece as a warning to the European Union of what the future could hold should a new agreement not be reached.

“The refugee issue is more explosive now,” Sinan Ülgen, executive director of the Turkish think tank Centre for Economic and Foreign Policy Studies, tells me in an interview.

How it all began

During the early years of the Arab Spring uprising against Syrian President Bashar al-Assad, Turkey opened its borders for refugees. Syrians could obtain 90-day tourist visas at the border. They could then get permits to work in Turkey. This was an enlightened policy compared to other countries that blocked borders or forced refugees into closed camps.

Turkey built refugee camps near populated areas. In 2012, I visited such a camp in which Syrians were allowed to work nearby, and had access to Turkey’s health and education systems. Those with economic resources could rent or buy apartments. The Turkish military encouraged Syrians to join the Free Syrian Army, and continues to train and supply it today..

Turkish authorities assumed refugees would stay briefly and then return to a Syria ruled by Erdoğan allies. But it’s been eight years and counting. Some refugees may never return at all, and more than 385,000 children have been born to Syrian parents living in Turkey.

Those Syrians who do return most certainly want to go back to their original cities rather than attempt to forge new lives in someone’s else’s house in a predominantly Kurdish region.

Turkey and the Kurds

Kurds are an ethnic minority whose traditional homeland was divided up by colonial powers after World War I. The Kurdistan Workers Party (PKK) and its affiliated YPG are the dominant Kurdish force in both Turkey and Syria. They engage in armed struggle with the stated goal of establishing autonomous Kurdish areas in their respective countries, not to create a separate state.

Turkey considerers the PKK a bigger threat than ISIS. When the YPG appeared ready to win control of a contiguous territory in northern Syria, Turkey invaded and brutally attacked the traditionally Kurdish stronghold of Afrin . Turkey established military bases and now controls an area in Syria west of the Euphrates River, which includes a largely Kurdish population.

The Turkish government, according to analyst Ülgen, has developed a plan for long-term rule of the Kurds in Syria. First, Turkey seeks to implement “safe zones,” in which the US and Turkey jointly operate military bases and conduct patrols. With military enforced “stability” returned to the area, Turkey would begin reconstruction and encourage Syrian refugees to return, even those not originally from the area.

The US and Turkey agreed in August to create safe zones, but so far Ankara is far more enthusiastic than Washington. The safe zone agreement lacks specifics as to exact location or responsibility. The US and Turkish military have held few joint patrols and set up no joint bases. It’s increasingly apparent that the Pentagon agreed to the safe zone to pacify Turkey but, so far, is reluctant to implement it.

The governments of Syria, Russia and Iran also oppose the Turkish safe zone as a severe violation of Syrian sovereignty.

Late last year, President Donald Trump precipitously announced the immediate withdrawal of US troops from Syria. The Turkish army prepared to invade northern Syria, and the YPG was ready to fight as urban guerrillas. Such a war could kill hundreds or perhaps thousands of civilians. It could also could lead to the release of ISIS prisoners and their supporters now held in several YPG camps.

The crisis could end if the YPG and Syrian government negotiated a political settlement that allowed for democratic reforms and Kurdish autonomy. Both sides could guarantee the security of the Turkish-Syrian border and demand withdrawal of US and Turkish troops.