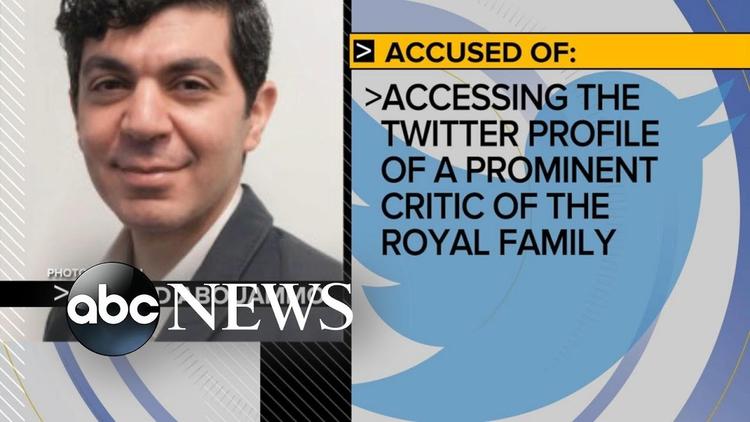 Ann Arbor (Informed Comment) – Saudi crown prince Mohammed Bin Salman was behind a Saudi intelligence operation wherein they bribed Twitter employees (now ex-employees) to gain access to anonymous accounts tweeting criticism of the Saudi regime inside the kingdom. This, according to NPR’s Ailsa Chang. It is unknown how many accounts were compromised (though it was in the thousands) or how many persons have been arrested inside Saudi Arabia as a result of this espionage operation run on American soil.

Jay Barmann at SFist points out that Bin Salman, by backing this operation in 2014 even before his father succeeded to the throne, showed his interest in controlling public discourse early in his career, when still in his twenties.

Saudi Arabia is the country with the highest proportion of Twitter users in its population, worldwide.

One of the Twitter employees recruited was Ali al-Zabarah, a reliability engineer for the company and a Saudi national. He is alleged to have accessed a frightening 6,000 accounts. He gathered telephone numbers and other personal information. He is thought to have zeroed in on Omar Abdulaziz, a dissident who was later close to Saudi journalist Jamal Khashoggi. Abdulaziz’s internet protocol history was accessed, showing his location in real time. Khashoggi was murdered by a team close to Bin Salman in the Istanbul consulate on Oct. 2, 2018.

So just to underline, the Saudi crown prince ran an espionage ring on US soil, penetrating Twitter, for the purpose of destroying critics.

The danger to the critics is real. Last spring, democracy advocate and critic of Saudi Arabia Iyad El-Baghdadi, resident in Norway, had to be moved to a safe location by Norwegian authorities after the US Central Intelligence Agency tipped Norway to an imminent threat to El-Baghdadi emanating from Saudi Arabia.

The episode demonstrates again how insecure online privacy is. Anyone thinking of trying to remain anonymous on it is likely fooling themselves. As I understand it, the Tor browser still hasn’t been compromised, and Signal is better than Whatsapp. But there just aren’t any guarantees.

Khashoggi’s and Omar Abdulaziz’s Whatsapp messages appear to have been hacked into by Saudi and United Arab Emirates authorities, using a malicious piece of software called Pegasus that is marketed by the Israeli software firm NSO. Whatsapp, which is owned by Facebook, has just sued NSO. This is ironic, since Facebook’s own Messenger program is among the most insecure forms of communication now known; you may as well just cc all the major intelligence agencies when you use it.

Saudi Arabia gets its security umbrella from the United States, which is helping it with its horrible war on Yemen and providing Gulf naval security. Its leaders should be ashamed of themselves for violating US soil with a hostile espionage operation. It is entirely possible that Americans were among those targeted.

While the idiot savant Trump is in the White House, we can’t expect a rational foreign policy response to this threat. But I suspect Congress will have things to say to Riyadh over the next few years.