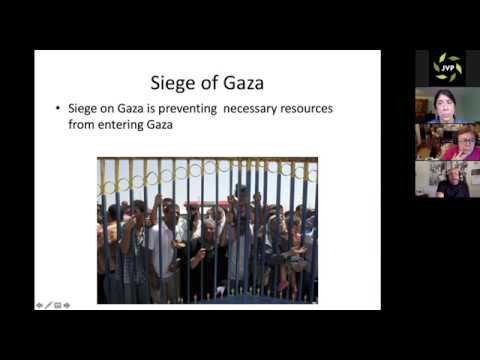 In his latest update to the UN Security Council in late October, Nicolay Mlandenov, the UN’s special coordinator for the Middle East peace process, warned that as the occupation of Palestinian land continues and a two-state solution moves further away: “It is a multi-generational tragedy for the peoples of this land.” Mlandenov said that while the humanitarian situation in Gaza remains a top priority for the UN, “the core of the crisis in Gaza is political”.

I returned to Gaza, the place where I grew up and lived for 22 years, in July 2019 for a research project on the humanitarian and political dimensions of the crisis there, carrying out interviews with people from across society. My trip provided a real window on the realities of occupation, blockade and suffering in Gaza.

The journey into and out of Gaza involved many uncertainties, restrictions and unpredictability. But these uncertainties give only a glimpse of what the people of Gaza have to go through on a daily basis inside this besieged territory.

About 2m people have been living in Gaza under a tight Israeli blockade since 2007. They have been subjected to brutal military assaults since 2008, in the context of the Israeli policy of “mowing the lawn”, military attacks and bombardment which indiscriminately kill civilians and cause massive levels of damage to civilian infrastructure in Gaza. This Israeli campaign continues under the pretext of undermining the military power of Hamas, the Palestinian political armed movement which runs Gaza.

The blockade is enforced by military means on the ground as well as by air. The movement of Israeli military airplanes, the sound of invisible drones and night explosions are a major source of stress, fear and anxiety. As Lana Matar, a mother of two children who works in the media in Gaza, told me:

Because of this continuing state of fear, children have little hope that they’ll live a long life in Gaza.

The possibility of travelling out of Gaza via the Rafah crossing with Egypt remains limited and fraught with security risks and restrictions. The movement of people between Gaza, the West Bank and Israel continues to be restricted to “exceptional cases” and subject to Israeli permits, which are denied in many cases on unspecified security grounds. There are also multiple and complex Israeli restrictions on the shipment of commercial items and the movement of goods in and out of Gaza.

Any attempt to break the blockade is met with severe punishment. The story of Gaza continues to be covered by the international media through reports of rockets and airstrikes involving both Israel and Gaza. Yet, since March 2018, large numbers of people in Gaza have protested peacefully every Friday in “March of Return” demonstrations at the Gaza-Israel border.

Engagement in mass movements and non-violent struggles by Palestinian refugees is, as I’ve argued previously, one of the key options available to Palestinians to take the initiative and create political change.

The past two years have witnessed a severe worsening of the economic and humanitarian conditions in Gaza. The UN Relief and Works Agency (UNRWA) for Palestine Refugees reported that the number of Palestinian refugees relying on it for food aid in Gaza increased from less than 80,000 in 2000 to about 1m in 2018. As a result, 80% of Gaza’s population have become dependent on international aid, and 95% of the population also lack direct access to clean water. Severe and damaging power shortages continue.

The US decision to stop funding UNWRA in 2018 caused unprecedented financial difficulties for the organisation, and contributed to cuts in the services it provides to Palestinians in Gaza and other areas.

Data from the World Bank indicates that the unemployment rate among the youth in Gaza has reached over 70%. Adding to this crisis mode, basic services such as healthcare, water and sanitation have significantly deteriorated since 2014.

The blockade is a state of physical imprisonment and human despair. It not only shatters collective hopes for a better future among the people of Gaza but it also prevents access to professional and educational opportunities abroad. The social fabric is being torn apart. During my research interviews, I heard about increasing cases of domestic violence, suicide and addiction. The Gaza-based sociologist, Ayat Abu-Jayab, told me that the growing pressures on the population under siege and worsening living conditions:

Result in behaviours such as violence and addiction so domestic violence develops. Under the current situation in Gaza, there is a sense of despair and lack of achievement.

For many, the search for emigration has become the only escape route out of this large prison. Such a type of existence was characterised as “psychological torture” by Mustafa Al-Masri, a psychology and mental health specialist in Gaza, who told me:

Thinking of fleeing the prison is a natural and human response under such conditions.

This humanitarian crisis in Gaza is political in nature and its main causes have direct roots in the Israeli occupation of Palestinian land. However, the recent Israeli elections showed that a political resolution to the Palestinian issue, Gaza’s crisis included, was not a policy priority for Israeli voters or election candidates. Weeks after the election, a prime minister is yet to emerge.

Despite the worsening conditions, in July and August 2019 Palestinian artists from Shababeek (Windows Studio) launched a large art project, called “Contemplative Contrasts: Gaza Art”, which included a public exhibition of contemporary art representing social and political life in Gaza. The project allowed many young artists to express their talents, concerns and the issues of their community in a free and creative manner. Rana Al-Batrawi, an artist who participated in the project, told me that the message she wants to deliver through her work is that:

We come back to life after conflict and destruction and seek again to achieve our dreams – the idea of resurrection. We are an ambitious people and have creativity.

Ultimately, the Gaza Art project and exhibition show that while the people of Gaza are living under a continued blockade and worsening humanitarian conditions, the desire for freedom and a better future remains very strong inside this besieged territory.

Jewish Voice for Peace: “Health Advisory Council: The Status of Children in Gaza”