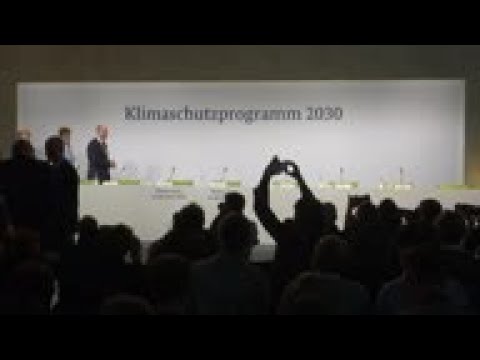 “Our targets are not where they should be,” Merkel said, adding that Germany is among the countries using a much bigger share of the world’s natural resources than it should to remain sustainable.

“Twenty percent of all people in the world consume eighty percent of the resources,” she said in a video of her speech published by news magazine Stern, arguing that nations with a comparatively high CO2 output have a special responsibility to act against global warming.

A temperature rise by three degrees would exceed the two-degree target that signatory nations of the Paris Climate Agreement set themselves in 2015 and would gravely exacerbate the effects of climate change on the environment and human life.

At a policy briefing ahead of the UN climate summit COP25 in Spain on the same day, Germany’s environment minister Svenja Schulze and foreign minister Heiko Maas both called for more ambitious climate targets for the European Union, which they said should act as a role-model to encourage other countries to also ramp up their national targets (NDCs) at the 2020 COP.

Schulze said the 2030 EU target should be increased from currently 40 percent reduction with respect to 1990 levels to up to 55 percent.