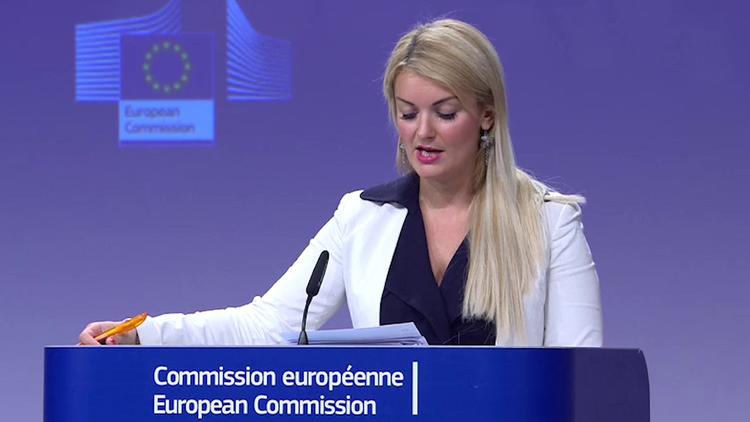 Ann Arbor (Informed Comment) – The Associated Press reports that the European Court of Justice has ruled that goods produced in the West Bank by Israeli squatters on Palestinian land must be labelled as such, and cannot pretend to be from Israel proper.

The move does not go as far as some EU members. Ireland’s parliament has banned the importation into that country of Israeli squatter-produced goods entirely.

The Court of Justice is made up of a justice from each of the countries in the European Union (28 until Britain leaves) plus 11 advocates general. It strives to ensure that European laws are applied equally throughout the EU. It represents the aspirations for a rule of law and social justice of 500 million people. It is arguably a more important, a far less corrupt, and a much more representative body than the US Supreme Court.

In comparison, Israel is a small country of only 8 million or so, 20% of them of Palestinian heritage. Israel militarily occupies another 5 million Palestinians, whom it keeps in a creepy no-man’s-land of legal statelessness. It has flooded hundreds of thousands of Israelis into Palestinian territory as government policy, offering squatters incentives. About a third of Israel’s trade is with the European Union, and it benefits from generous technological and other cooperative policies of the EU, in which it is in some ways an honorary member. Israeli squawking that the EU has no right is just special pleading.

An Israeli winery in the Occupied territories sued over a previous ECJ ruling which was advisory, and only managed to force the court to make a binding ruling. The West Bank was entirely owned by Palestinian families, who have had their property illegally taken away from them on various pretexts by the Occupying Israeli state (which is itself a war crime). So that winery grows grapes on stolen land and then sells the wine at a profit, while the land’s rightful owners are impoverished and living under a permanent armed guard by the cousins of the winery owners.

The justices really had no choice but to rule this way, given the body of international law that has grown up over the last century, and especially the Fourth Geneva Convention of 1949 and subsequent treaties and instruments of the United Nations. Likewise influential is the 2002 Rome Statute that underpins the International Criminal court.

The ruling may harm the squatters’ bottom line, since many European individuals oppose the Israeli Occupation and the punitive policies it visits on Palestinians, and so will boycott these goods. But not everyone will, and the true economic impact of the ruling has yet to be seen.

The European Commission underlined that the ruling does not affect Israeli goods, which are admitted to the EU on very favorable terms, and that it opposes the Boycott, Divestment and Sanctions movement (see video below).

The ruling is unlikely to deter ongoing Israeli dispossession of Palestinians, which is enabled by strong US support for virtually any violation of human rights or international law the far right wing Israeli government wishes to undertake. Despite the US first amendment, US legislators have been attempting to outlaw the boycotting of Israel over its Occupation policies.

I wrote in another essay,

“Israel occupied the Palestinian West Bank and Palestinian Gaza in 1967. No international body had ever awarded these territories to Israel, and the UN General Assembly partition plan of 1947, which Israelis claim for legitimacy, explicitly denied this territory to them. (The plan did not have the force of law, admittedly, since only the UN Security Council has that authority, but the UN Security Council has repeatedly denied these territories to Israel as well).

The glib Bill Maher argument that you get to keep what you conquer is explicitly denied by the United Nations Charter, to which Israel is signatory, and which forbids the acquisition of a neighbor’s territory by military conquest. The shyster lawyer argument that the West Bank and Gaza did not belong formally to another state and therefore are fair game is morally and ethically odious and legally without foundation, since the UN Charter does not mention anything about conquest of stateless people being just peachy keen.

Countries are allowed to occupy enemy territory in war time. The decades of occupation however, have now put Israeli actions beyond the pale of law. From the Hague Regulations of 1907 to the Fourth Geneva Convention of 1949, the international law of occupation forbids any extensive alteration in the lifeways of the occupied population by the Occupier until the war ends. Israel in contrast has left almost no aspect of the lives of the occupied Palestinians untouched, and universally for the worse. Moreover, the Fourth Geneva Convention of 1949 on the treatment of populations in occupied territories contains these prohibitions:

Not only has the Israeli occupation become criminal by virtue of its length and intensity, it is criminal because the Israeli government has flooded hundreds of thousands of its own citizens into the Occupied Palestinian West Bank, stealing massive amounts of Palestinian land from its rightful owners, building on it, and stealing resources such as water, as well.

Israel has violated this provision about 800,000 times, and has been reprimanded for it repeatedly by the United Nations Security Council whenever the Neocolonial US government has not vetoed the other 14 members.

Sometimes the press asks me whether I am being invidious in taking this position, since I don’t boycott Morocco (the Western Sahara), e.g.

But Morocco has not deprived the people of the Western Sahara of citizenship in a state. It has bestowed on them a citizenship they do not want. That is an issue for the two parties to work out in history.

What makes the situation in Gaza and the West Bank so egregious is that people are being kept stateless. They cannot be sure they own the property they think they do, since Israeli squatters can take it at will. They are akin to slaves in being deprived of the basic dignities and rights adumbrated in contemporary human rights law.

EU Reporter: “#Israel – ECJ rules that products from Israeli occupied territory must be labeled as such”