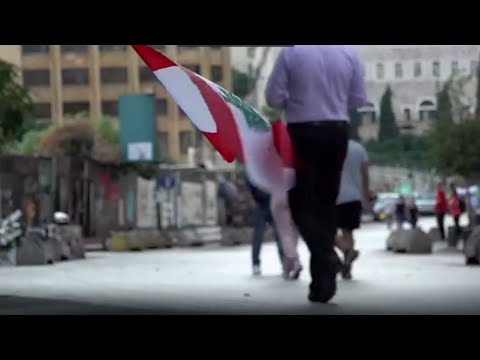 The national uprising that has engulfed Lebanon since mid-October is historic and revolutionary. Protests have continued across Lebanon, even after Prime Minister Saad Hariri resigned on October 29 saying he wanted to give the country a “positive shock”.

The response of Hezobllah, the armed political movement that has been part of the Lebanese government since 2005, has been cautious. Its stance is dictated by domestic and regional considerations.

The mass, spontaneous, and leaderless protests that have taken over Lebanon’s major cities constitute a national outburst, a scream in the face of the country’s political class. Enough is enough, cried the hundreds of thousands of Lebanese who took to the streets. They called it a revolution against the sectarian, inefficient, and corrupt elite that rules the volatile country.

The overwhelming numbers that have joined the uprising and its demographic, social, and sectarian composition – representative of Lebanon’s multi-faith society – make these protests unprecedented. But there have been similar demonstrations before.

The prelude to the latest uprising came in late August 2015 when people of different sectarian communities revolted against the failure of the Lebanese government to solve a garbage-collection crisis. That crisis was one among many. Thirty years since the end of its bloody war between 1975 and 1990, Lebanon continues to lack the basic public goods of a modern social order: 24-hour electricity, access to drinking water, efficient garbage collection, safe and organised roads, clean and accessible public spaces, or a fair judiciary.

Lebanon’s political system is institutionally sectarian, with seats in the country’s parliament distributed according to the size of each sect, such as Sunni, Shia, Christian or Druze. Sectarian leaders’ dominance of state institutions and their allocation of government jobs to their supporters has deepened the divides between these groups. It has also fuelled corruption and nepotism, increased the public debt, and tarnished the public sector.

Political rivalries and sectarian mobilisation since the assassination of Prime Minister Rafic Hariri in 2005 paralysed the economy and state institutions. The flow of more than a million refugees as a result of the Syrian war has also exacerbated both the political and economic situation facing the country. In the weeks that preceded the 2019 uprising, the country suffered from shortages of fuel and hard currency.

These accumulated grievances brought the unemployed, the poor, disgruntled students, angry middle classes, and the disappointed rich onto the streets, from different sectarian communities. They turned their anger towards a sectarian regime. This identity shift, which has transcended sectarian loyalties, is a formative one: it’s necessary for social mobilisation and change.

To symbolise their unity, thousands of protesters formed a human chain on October 27 running across the country, from Tripoli to Tyre. In Martyrs’ Square in central Beirut, they cleaned the space on a daily basis and sorted the garbage according to the latest environmental standards. They protested through dance, jokes, art and political discussion. Crucially, the uprising has begun to restore social values and standards in a society where social order was rapidly eroding.

The demonstrations overshadowed the voice and power of the astounded ruling elite. Hariri’s decision to resign defied the leadership of Hezbollah, the country’s most powerful movement, who reportedly advised Hariri against doing so.

Hezbollah’s response to the uprising reflects a set of strategic principles that have guided the movement’s policy in Lebanon. Hezbollah is motivated by its war with Israel and rivalry with the US and Saudi Arabia. As my own research has shown, it has painstakingly established a resilient base in the Shi’a community, a durable alliance with its Shi’a political partner the Amal Movement, and a cross-sectarian alliance to ensure its legitimacy.

Since the uprising began, Hezbollah has been walking a tightrope. It supported what it considered to be the legitimate demands of the demonstrators, many of which are shared by its own supporters. But it refused to allow the uprising to threaten the ruling coalition, in particular the positions of President Michel Aoun, Hezbollah’s Christian ally, and Nabih Berri, the Shi’a speaker of the house, from the Amal Movement.

Echoing the discourse of authoritarian Arab regimes, Hezbollah cautioned against the “politicisation” of the uprising, accused some demonstrators of foreign funding, and warned of civil war. It then urged its supporters to withdraw from the protests. But by sowing suspicion at the rather spontaneous demonstrations, Hezbollah has ended up politicising the uprising itself, obstructed its growth, and, crucially, hampered its spread to the Shi’a community.

Hezbollah’s own survival is not at stake. It joined the government in 2005 primarily to protect and legitimise its armed movement and has had a couple of ministers in the cabinet of every government since. Its struggle against Israel, its social agencies that employ tens of thousands, and the political capital of its charismatic leader, Hassan Nasrallah, continue to bring the movement widespread support in Lebanon.

Hezbollah’s fear, however, is that the uprising could spread to target its own ally, Amal, which is accused of corruption and which continues to have a strong Shi’a following. Amal, Hezbollah fears, would retaliate – and a mob of it supporters reportedly attacked demonstrators on October 29 in central Beirut. This violence may inflame confrontations in Shi’a areas and threaten Hezbollah’s alliance with Amal, which Hezbollah believes is what its domestic and external rivals are hoping to achieve.

Hezbollah’s cautious response to the protests might further diminish its legitimacy, this time within its own supporters. Yet, Hezbollah supports actual reforms, not least to preserve Lebanon’s domestic stability. Its fear of a financial and economic collapse will lead it to present the uprising as an opportunity to urge the reluctant elite into implementing real reforms. But these reforms will not be as a revolutionary as the ones the demonstrators are imagining.

France 24 English: “‘Shia are being treated like traitors’: Lebanon protesters angry with Hezbollah”