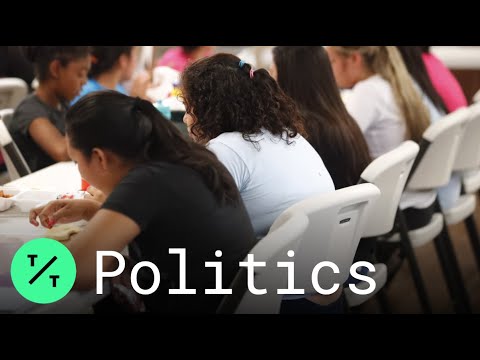 ( Foreign Policy in Focus) – Trump’s war on the law extends beyond flouting Congress and packing courts — overseas, it extends to arguable crimes against humanity.

It’s a cliché in Westerns. The bad guys ride into town only to be met by a sheriff who stands tall.

“I am the law,” the sheriff says, “and you boys better move on.”

This line appears in King Vidor’s 1930 film, Billy the Kid. But the speaker, sheriff William Donovan, is one of the bad guys, using his position for personal profit. Donovan’s announcement that he is the law is not a reassuring promise to uphold all that is good and fair. It is a troubling assertion of unchecked power.

So, is Donald Trump a good cop or a bad cop? Much depends on how you view his run-ins with the law.

Even before he became president, Donald Trump and his businesses were involved in 3,500 lawsuits. Despite lacking a law degree, Trump became something of an expert on the legal system, at least in terms of the ways that he could use the courts to intimidate adversaries, get out of paying creditors, and declare bankruptcy.

The outside approach challenges the rule of law as a whole. Trump has intervened — or attempted to intervene — into the legal process to make the final decisions himself, much like a Roman emperor presiding over gladiatorial contests with his thumb. Whether it’s the determinations of war crimes by military tribunals, the efforts by Congress to legislate policy, or even the proceedings of foreign courts and international bodies, Trump has acted as if he is the law.

For those worried about what Trump might do in a second term — or that the president might refuse to step down in 2020 after losing at the ballot box — these attacks on the rule of law are extraordinarily troubling.

As president, Trump has been hit hard by a number of court judgments.

The Court of Appeals for the DC Circuit recently gave the go-ahead to Congress to subpoena eight years of Trump’s accounting records. The U.S. District Court for the Southern District of New York has also ruled that two key financial institutions — Deutsche Bank and Capital One — have to relinquish their Trump files, a decision the president is appealing.

Then there have been the judgments that have further sullied the president’s already tarnished reputation. Most recently, the New York Supreme Court ruled that the Trump Foundation has to pay $2 million to charities, a duty the foundation neglected to perform because it was so busy benefiting Trump himself. Back in 2017, Trump University had to pay $25 million in a class action suit that charged the institution with fraud.

That’s just a handful of the many decisions that have gone against Trump. It’s no surprise, then, that Trump sees the court system as an obstacle in the path of expanding his political and personal power. As president, Trump relentlessly attacked these obstacles. When decisions go against him, Trump has defamed the judges, for instance by calling them “Obama judges” and suggesting that they “are putting our country in great danger.”

To remove these obstacles, the president is playing both an inside and an outside game.

The inside game has been to pack the courts with reliable allies. Thanks to Trump’s two picks — and the Republican Party’s stalling tactics in the last year of the Obama administration — the Supreme Court has a 5-4 conservative tilt. In all, Trump has appointed 150 federal judges. They are young, conservative, and poised to have a significant impact on the way law is practiced in the United States. As Daniel Bush writes at NPR, “Legal scholars said in coming years they’d be watching how the new generation of conservative lower court judges approach hot-button issues like gun control, abortion and religious freedom.”

The long game has also yielded immediate results. The conservative majority on the Supreme Court has handed Trump victories on barring asylum seekers passing through third countries and allowing the military to ban most transgender people from serving. Trump’s lower court appointments have been equally consequential. Consider the “work” of Trevor McFadden, a Trump appointee to the DC District Court. Writes Dana Milbank in The Washington Post:

The House Ways & Means committee filed a lawsuit on July 2 requiring Trump to release his tax returns. The law is unequivocal; it says tax officials “shall” provide returns to the committee on request. But McFadden, who previously ruled against the House over Trump’s use of emergency funds for the border wall, still hasn’t heard arguments in the tax matter, 139 days after the suit was filed. Though not dismissing the case, he rejected the House’s request to expedite it.

The Supreme Court will next consider the question of Trump’s financial documents. The president is counting on five supportive pairs of ears and hoping that Chief Justice John Roberts doesn’t engage in another betrayal as he did on Obamacare.

In the territory it has occupied since 1967, Israel has permitted the construction of civilian settlements that have violated the human rights of the Palestinian residents of this land. This has been the conclusion of the United Nations, the International Criminal Court, and experts in international humanitarian law.

The U.S. response to settlements has been mixed. As James Zogby wrote earlier this year in LobeLog:

During the past 50 years, there has been a steady erosion in U.S. policy toward Israeli behavior in Palestinian lands. Successive American administrations’ attitudes toward Israeli settlements have gone from passive acquiescence to outright acceptance. Even when some presidents expressed opposition to Israeli settlements, they took no concrete action to stop them. The net result has been that the settlement population in the occupied territories grew from 50,000 during the Carter administration to 620,000 Israeli settlers today.

In December 2016, as one of its last acts, the Obama administration abstained in the UN Security Council resolution declaring the settlements illegal. That was a significant change from the usual U.S. vote against such resolutions.

But this week, the Trump administration reversed all of that. It announced that the settlements are perfectly legal. On top of several other administration decisions — moving the U.S. embassy to Jerusalem, recognizing the Golan Heights as part of Israel — Trump has eliminated any pretense that the United States can arbitrate disputes as a neutral party in the region. Forget about any peace plans in the Middle East.

It’s only the latest Trump administration flouting of international law. It has broken the U.S. end of the Iran nuclear agreement, it withdrew from the Paris climate deal, and it has routinely ignored human rights violations. The “America First” doctrine is the ultimate trump card in geopolitics when the United States simply doesn’t want to play by the rules of the game.

Last week, the president issued reprieves to three men charged or convicted of war crimes. One man was convicted of ordering the killing of Afghan civilians and then trying to cover up the order. Another was charged with killing an Iraqi captive. A third was awaiting trial on charges of killing an unarmed Afghan. In this third case, Trump didn’t even wait for the trial to produce evidence one way or another.

In making these three judgments, Trump disregarded his Pentagon advisors. He has undermined the military justice system. And he has signaled to the international community that U.S. soldiers can defy the Geneva Conventions with impunity.

This is a sad day for the tens of thousands of us who led troops in combat in Iraq and Afghanistan who were proud of the way in which we maintained our good order and discipline in the face of many challenges. These men, now pardoned, remain a disgrace to our ranks.

According to the U.N., during the first half of 2019, U.S. and Afghan forces killed more civilians than the Taliban and ISIS did. The shift has been accompanied by curtailed transparency. U.S. air strikes pummel isolated areas where casualties are impossible to confirm, and night raids are conducted by C.I.A.-sponsored groups that operate independently of both the U.S. and the Afghan militaries. Journalists are often denied access to combat units. America’s longest war has never gone well, and American leaders have always lied about it. Obama’s surge was a failure, which he misrepresented as a success. Under Trump, however, the conflict has entered perhaps its most troubling phase, one that is being prosecuted largely in secret.

As Trump’s latest interventions into the military justice process suggest, he is determined to keep these attacks on civilians beyond prosecution.

Once again, Donald Trump has decided that he knows better than anyone else — and better than the rule of law. It’s no surprise that he doesn’t think he did anything wrong in his dealings with Ukraine. After all, Trump believes that he is the law. So, by definition, whatever he does is lawful.

As for the future of Trump, he certainly has accumulated a tremendous amount of useful legal knowledge and expertise. Who says that former presidents can’t have second acts? Jimmy Carter built houses. George W. Bush paints portraits.

Once he is removed from office by Congress or the voters, Trump could do a great job in his new base of operations: as a jailhouse lawyer.