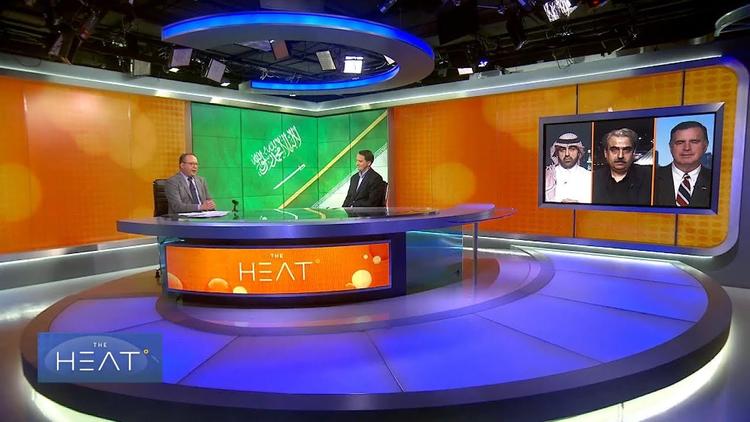 The relationship between Saudi Arabia and Iran, both oil-rich states in the Middle East, has oscillated from co-operation to conflict throughout history. Alongside a range of factors that shape their rivalry including sectarianism and nationalism has been the politics of oil.

Oil is a strategic international commodity, and its use as a political tool is widespread. Its role in the Saudi-Iranian rivalry can’t be understood without unpicking the international context, and the power structures that govern the way countries interact with each other. At the heart of this is the dominance of the US over this international system.

The dynamics between the US, Iran and Saudi Arabia over oil were laid bare in September 2019, after a series of drone attacks on Saudi oil facilities. The attacks caused the suspension of 5.7m barrels per day (mbpd) of crude oil production, nearly half the Saudi output.

The Houthis, a Yemeni faction, claimed responsibility. However, American and Saudi government officials accused Iran of committing these attacks. In return, the Iranians blamed foreign forces in the region for the insecurity and told the US to leave the area.

While the Saudi-Iranian oil rivalry is ostensibly the business of these two countries, it has always had an international dimension, overshadowed by the US.

The 1979 Iranian revolution marked a turning point for the place oil played within the Saudi-Iranian relationship. Before then, both countries were important allies of the US, a position which brought with it political and economic benefits particularly to their oil industries. But the 1979 Islamic revolution in Iran paved the way for a separation of paths.

While Saudi Arabia remained a staunch ally of the US, Iran adopted a revolutionary and anti-Western foreign policy, which prompted its isolation from an international system that was dominated by the US.

As a result, ever since 1979, the Iranian oil industry has been subject to American pressure, through a range of economic sanctions and embargoes, which has crippled Iranian oil production. Iran has been unable to reach the level of oil production of over six mbpd that it had in the pre-revolution years. Meanwhile, Saudi oil production reached over 12 mbpd in 2018.

This led to the Iranian oil industry being deprived of necessary foreign investment and technology transfer, and it has fallen behind Saudi Aramco, the kingdom’s state-owned oil company, and other regional competitors. Saudi Arabia has largely backed the US policy of isolating and sanctioning Iran, particularly the Iranian oil industry, which has, as I’ve argued elsewhere, contributed to the ongoing tensions in the Saudi-Iranian relationship.

As Saudi Aramaco prepares for an IPO in December that could make it the world’s biggest publicly listed company, Iran is desperate to revitalise its own outmoded oil industry. As Iranian oil minister Bijan Zanganeh admitted in early 2019, many of Iran’s ageing oil facilities are in fact “operating museums”.

The US continues to have such an influence on Middle Eastern oil politics because of the way it has successfully pushed its own international agenda since 1945. After World War II, the US cemented its dominance over an international system built on the basis of liberal and capitalist principles. While the US rewards its allies with economic and political benefits, it punishes its challengers through a range of political and economic measures, not least economic sanctions.

Oil became a strategic international commodity in the post-World War II period, and began to play a pivotal role in the way the US maintained its global dominance. To do this, the US aimed to open up and transnationalise oil rich economies in the Global South such as Saudi Arabia and Iran, to both promote its national interests and solidify its privileged position within the current system.

Accordingly, the supply of Middle Eastern oil into international markets without disruption – and at a reasonable price – became an essential instrument for maintaining American dominance, even though the US didn’t need to import oil from the Middle East.

A world of US dominance

The political economist Susan Strange provided a theoretical framework back in 1987 to explain the structure of US dominance over the international system through four main dimensions: production, finance, security and knowledge. This is also a useful way to understand how the US shapes the international oil market – and the Saudi-Iranian rivalry.

By 2018, in the wake of a shale boom, the US became the largest oil-producing country in the world by reaching production of 15 mbpd. Financially, oil has been priced and traded in US dollars, in particular since the early 1970s when a series of negotiations and agreements linking the sale of oil to the US dollar were made between Saudi Arabia and the US. This has increased global demand for US dollars, and helped the US deal with its trade deficit and keep its interest rates low. It has also helped the US to monitor the petroleum trade by controlling global bank transfers.

The US also stands as a main security provider to oil-rich Gulf monarchies, with publicly acknowledged military bases in over 12 countries in the Middle East. Additionally, it has a supremacy over global knowledge, most obviously through its continued domination and control of the sector’s technological needs. By leading global innovation and technological development in the shale revolution, for example, and having the highest budget for research and development, the US largely controls global technology transfer. This has also deprived Iran of necessary technology, capital and know-how to modernise its ageing oil industry, constraining production.

Therefore, despite the fact that the Saudi-Iranian oil rivalry seems like a regional issue, the role of American power in a globalised world has been key to shaping this regional political competition over oil.

CGTN: “How is Iran-Saudi Arabia rivalry impacting the region?”