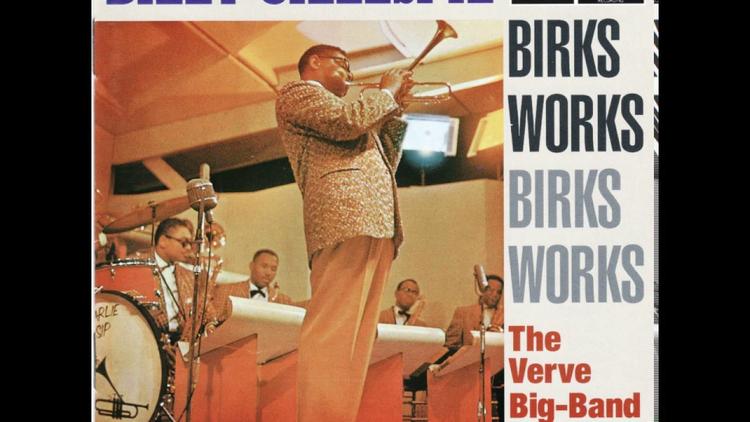 (Informed Comment) – Jazz Trumpeter Talib Dawud, whose given name was Alfonso Nelson Rainey, was one of the early American jazz converts to Ahmadiyya Islam. In the mid-twentieth century over a hundred other jazz musicians would follow in Dawud’s path. The background to these many conversions was articulated forcefully and dramatically by John Coltrane’s first biographer, the Philadelphia physician, C.O. Simpkins:

“Islam was a force which directly opposed the deterioration of the mind and body through either spiritual or physical deterrents . . . many musicians were searching for a foundation in life. Islam taught that one should keep his body clean and healthy. It elevated the mind from the morass of American oppression and myths about Blacks.”

Alfonso Rainey was born in 1923 on the Caribbean Island of Antigua to a family of musicians. He came to New York City for high school and then studied at the Julliard School. His musical skills were recognized by his older contemporaries and he was soon performing on trumpet with two of the great jazz orchestras of the day, those of Louis Armstrong and Duke Ellington.

In 1947 Rainey converted to Islam and took the name Talib Ahmed Dawud. Dawud, who brought many musicians to Islam, was converted through meetings with Sheikh Ahmed Nasr, an African-American missionary for the Ahmadiyya Islam movement.

Among the converts that Talib Dawud himself brought to Islam were reed player Yusuf Lateef and drummer and band leader Art Blakey.

In the late 1940s Dawud was invited to join Dizzy Gillespie’s big band, the proving ground for many jazz greats of the twentieth century. In Gillespie’s’ band Dawud was featured on some of Dizzy’s most popular and enduring recordings.

Over the past half-century jazz fans have delighted in his trumpet work on “Dizzy’s Diamonds” (The Best of the Verve years) and on “Good Dues Blues – The Dizzy Gillespie Story.”

As historian Robert Dannin noted, Gillespie’s band “also proved to be fertile soil for Islamic dawa.” (proselytizing), and at one point in the early 1950 the band featured many Muslim musicians.

Once he had converted to Islam and legally changed his name, Dawud decided to challenge American bigamy laws, on the grounds that his recently -adopted religion allowed him to marry up to four women. Already married twice, Dawud took a third wife in 1958. He married jazz vocalist Dakota Station, and she took the Muslim name Aliyah Rabia, but continued to record under her given name.

In the late 1950s Dawud left jazz performing and became a leader in the Ahmadiyya group, the Moslem Brotherhood of America. In 1957 Talib Dawud, together with Mahmoud Alwan an Egyptian Scholar, and the anthropologist J.A. Rogers formed the Islamic and African Institute of Philadelphia .

As a spokesperson for these two groups Dawud argued strongly against the teachings of the Nation of Islam (NOI), the Chicago-based Black Muslim group led by Elijah Mohammed. Dawud wrote articles in the New Crusader, a Chicago newspaper, in which he contrasted the ‘authenticity’ of Sunni Islam with the doctrines of the NOI. Malcolm X, then a spokesman for the NOI, responded vigorously to Dawud’s claims, and attacked Dawud for letting his wife Dakota Staton continue to perform and record “sexy songs.” In a radio interview Dakota Station echoed her husband’s critique and questioned the right of Elijah Muhammad to speak for all American Muslims

The irony of these competing claim and counterclaims about religious authenticity is that Ahmadiyya Islam was in danger of being declared ‘un-Islamic’ by the Pakistani government (a step finally taken in 1974). As a consequence the Ahmadiyya movement moved its offices from Pakistan to London.

In the mid 1960s Talib Dawud, fearing the wrath of the NOI and wishing to join fellow Ahmadiyya leaders now in exile from Pakistan, moved to London to work for the London headquarters.
His wife Aliya Rabia moved with him, and in London she pursued her jazz career and continued to perform and record. But after Dawud began to interfere in her singing career , the couple was divorced and Staton returned to the US on her own.

After the 1960s Talib Dawud never returned to jazz performance or recording. Up to his death in 1999 he dedicated himself to dawa , and to the mastery of the martial arts. But for aficianados, Dawud is still one of the jazz immortals.