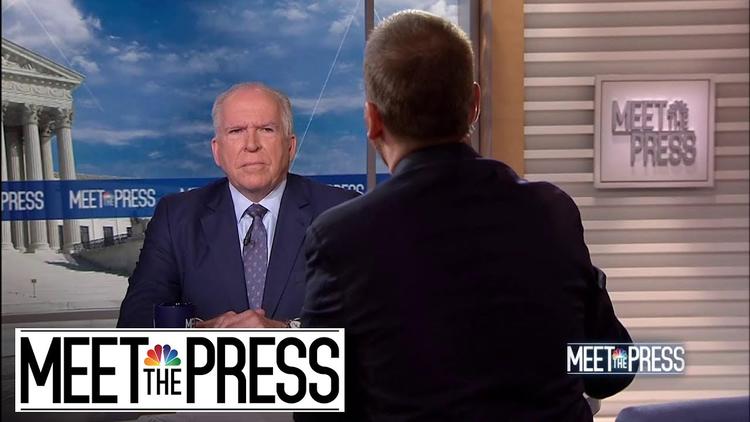 U.S. President Donald Trump and his defenders have repeatedly referred to the ongoing impeachment inquiry as a “political coup” led by Democrats and “progressive left-wingers.”

Trump himself has called it a coup attempt.

Trump and his supporters claim the inquiry runs the risk of undermining the rule of law and overturning a free and fair election, pillars of American democracy.

In turn, there have recently been thoughtful efforts to differentiate the impeachment inquiry from a coup. Only if you adopt Trump’s right-wing populist logic could you come to the conclusion he’s claiming: the “deep state” elite are trying to overturn the results of the 2016 election.

The truth is that, since the election of Trump, the United States has been experiencing a slow-moving coup based on the very same populist logic. And it is still in the process of toppling American democratic institutions one by one.

In some part, I am basing this conclusion on some of the observations I made nearly four years ago in my short piece “The Four Characteristics of Trumpism.” At the time, I tried to explain why, against all odds, the Republican party’s likely presidential nominee would be political newcomer Trump. Like many others, I was not yet convinced that he would be elected president, but I at least thought I understood the power and appeal of Trumpism.

The rise of populism

Of the four characteristics, the most enduring and relevant today is populism, a resurgent movement that has seen a wave of leaders come to power through democratic elections in Brazil, India, the Philippines and Indonesia as well as the electoral success of political parties in Italy, Spain, France and much of Eastern Europe.

Even though it’s often described as “right-wing populism” driven by fear of the “other,” whether refugees or immigrants, this movement is often also anti-globalization and anti-free trade at the same time, taking up policies that had been traditionally associated with the left.

This makes sense considering that the initial rise of populism corresponded with the 2008 global recession, which shattered faith in the liberal economic order that dominated the post-Cold War era.

As a leading figure in this movement, Trump is not ideological either, at least not in terms of the traditional political spectrum. Instead, his brand of populism is based in one central idea succinctly articulated in a sentence of his inaugural address:

“For too long, a small group in our nation’s capital has reaped the rewards of government while the people have borne the cost.”

Trump’s erstwhile pledge to “drain the swamp” works well in this context, a populist politician promising to first overthrow and then revive the system as a whole.

So, not surprisingly, once elected Trump was empowered to act in an authoritarian manner because he had secured a mandate to run roughshod over traditional checks and balances that are part of the system he clearly claimed were corrupt: the judiciary, along with lawyers and judges; opposition parties and politicians; career intelligence officials and other bureaucrats; as well as establishment journalists.

He blamed them for everything that had gone wrong. His notable disdain for the constitutional check of term limits fits the same pattern.

A return to an imaginary golden age

For Trump supporters, the pledge to “make America great again” means that, in the place of this supposedly corrupt deep state system, the president was going to bring back some lost golden age when everything was good and right in the world.

It doesn’t matter that this golden age never actually existed, because this imagined past serves as a powerful political tool for his 2020 reelection (and perhaps his election after that if he were to make good on veiled threats to do away with term limits).

After three years of populist critiques of, and attacks on, the institutions of American democracy, one of Trump’s favourite targets, former CIA director John Brennan, recently came to a startling realization during an interview on Meet the Press.

Brennan was asked by host Chuck Todd: “What would you say about the stability of the democracy?”

“I think it’s no longer a democracy if an autocrat … has it in his hands. The democratic principles upon which this country are founded are eroding right now.”

Brennan, for one, has decided that this slow-moving coup is nearly complete.

The Creeping Authoritarianism Of President Donald Trump | All In | MSNBC