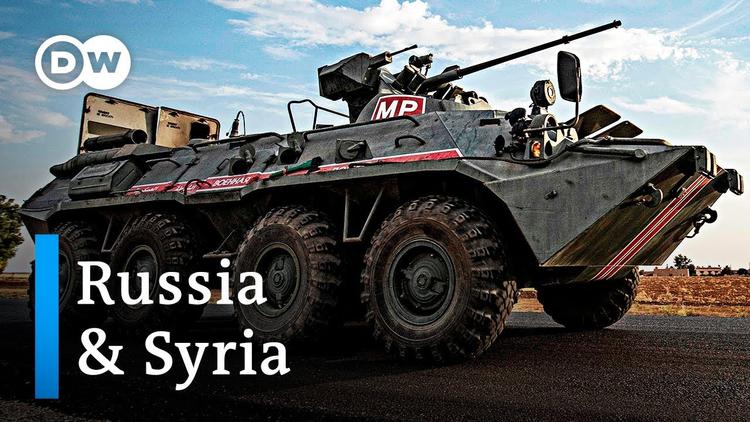 Ann Arbor (Informed Comment) – There has been a lot of talk of Russian reassertion in the Middle East and angst (except in Donald Trump) about a deterioration of the US position there.

Neither of these propositions, of a Russian assertion or a US decline, is supported by much evidence. And a US disengagement from the region in any case might make sense.

When Trump pulled out of northeast Syria, the inside-the-beltway Blob went ballistic about the US giving up its hard won victories. But the fact is that Syria has not ever been an American sphere of influence. Ever. Nor is there a reason for it to be. It has no significant resources. Before the Civil War that broke out in 2011 its GDP was less than that of Belarus or Tanzania.

The US did not, or should not, have gone into Syria to hold territory. It was a temporary strategic strike against ISIL deploying air power in support of a largely Kurdish ground force. I

The foreign policy lobbies in Washington D.C., funded by the military industrial complex, of course see a US intervention as being like a Swiss Army knife– they can think of all sorts of purposes to which they would like to put it. The purpose du jour is an attempt to block Iranian supplies going to the Damascus regime or their ally, the Hizbullah party-militia in Lebanon. I don’t know of any evidence at all that the few hundred US troops assigned this mission in Syria have had any success, and the whole endeavor strikes me as implausible.

If Syria has never been a US sphere of influence, it had been a Soviet sphere of influence from the 1960s forward, until the end of the Cold War. Russia’s return there is like the US increasing its military presence in South Korea. It isn’t anything new.

It also isn’t anything to write home about. Russia has few other toeholds in the region. In fact, it has lost ground. Libya used to tilt toward Moscow under Gaddafi and that is over with. Egypt was pro-Soviet until 1970, but then decided that the US held all the cards in the Middle East. Despite the correct Cairo-Moscow relations of today, there isn’t any significant sign that Egypt’s officer corps has changed its mind about this. Tunisia and Morocco are solidly pro-West. Only Algeria in North Africa is friendly with Russia, but surely its relationship with France is far more important. Algeria, moreover, is in the midst of a protest-fueled transition, and it is not possible to predict its foreign policy in the near future.

East of Suez, Jordan, Saudi Arabia and the Gulf Cooperation Council are all very pro-American. Two-thirds of Lebanon is, as well. Turkey is NATO, and there isn’t any real evidence of Ankara growing close to Moscow. Despite the purchase of a Russian anti-aircraft system, Turkey is solidly embedded in NATO. More important, Turkey’s strategic goals in the region are diametrically opposed to Russia’s, and they might yet shoot at each other over Idlib. Russia wants to help Bashar al-Assad crush what is left of the Sunni resistance in northern Syria, whereas if Turkey could it would help them overthrow the Syrian government.

Russia has an alliance of convenience with Iran, but it is extremely superficial and mainly involves a conjuncture of interests in Syria itself. There isn’t any evidence of an Iraqi tilt toward Moscow, and if anything the increasing unpopularity of Iran there could hurt Russia, as well.

You go through the map, there just aren’t any grounds for all this Washington angst.

The main US interest in the Middle East is petroleum. (The petroleum isn’t even for the US in the main but for US allies and to ensure that the oil states have the wherewithal to buy expensive fancy US-made weapons). Syria has no oil to speak of, despite what our addled president fondly imagines.

Moreover, petroleum is rapidly on its way out. It is mainly used to fuel vehicles, and Volkswagen alone has plans for 20 new electric vehicle models beginning fall 2020. China’s electric vehicle sales jumped 62% in 2018 to 1.3 million. Nearly 8% of new car sales in California last year were EVs. Petroleum is already worthless if you figure the climate and other pollution damage it does to the earth (and Big Oil may soon start losing lawsuits over this damage). But the markets have not yet realized it is worthless. As extreme weather events multiply and freak out the public, petroleum may end up being banned by many societies in the near future. Why should the US invest a lot of resources in the Middle East for the sake of petroleum when it will likely be over with within 15 years?

Russia went into Syria to stop Salafi fundamentalists from taking it over. Syria is to Russia what Central America is to the US, and influences from there could spread north. Some 15% of Russians are Muslims, and Vladimir Putin made his bones by crushing a fundamentalist revolt in Chechnya in the Balkans.

The Russian adventure in Syria may not even succeed in the long run. But it is specific to that country, not a regional policy.

Russian influence in Syria: A rising strongman in the Middle East? | DW News