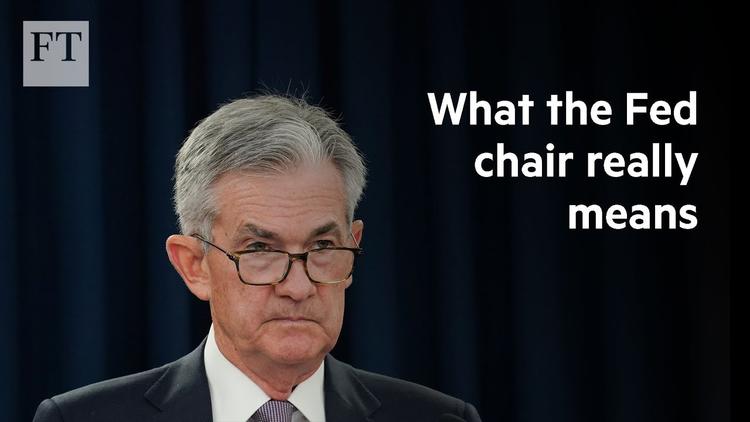 (Special to Informed Comment) – President Trump recently reported on another one of those perfect conversations. Jerome Powell and he purportedly talked about interest rates and the importance of keeping them low to maintain a booming economy. Powell of course reported on no such conversation. In any case, however, the imagined conversation highlighted such issues as the Fed’s (Federal Reserve Board’s) role in partisan politics and the US economy. Mainstream commentary on the Fed, stressing its independence, may be as misleading as Trump’s tweets. The Fed may be independent of partisan political pressure, but it is not non- political.

Several voting members of the open market committee are bankers, and support of banks’ agenda is in their DNA. How absurd these arrangements would seem if the same regulatory paradigm were pursued in other fields. Let a committee composed of drug company CEOs determine the safety and efficacy of their new drugs. That the US is moving in that direction in other regulatory areas, such as airline safety, is a sad commentary and should encourage closer scrutiny of Fed practice and policy.

The Fed is granted freedom from political intervention on the grounds that its functions are merely technical. In both the US and the Eurozone central bank presidents are described as technocrats. This is highly misleading. Both the ECB and the US Fed have broad mandates, which are themselves debated. The ECB, reflecting its origins in the German central bank, demands price stability above all else. The Fed is charged with a more flexible and humane requirement that it maximize employment consistent with price stability. Yet how these mandates are interpreted and applied is far from technical.

Despite its dual mandate the Fed historically has treated inflation targets as rigid ceilings, meaning in practice much more concern about inflation than about unemployment. Even more importantly after the experience of inflation of the late sixties and seventies it tightens the screws at the slightest sign of wage increases. Dean Baker, co-director of the Center for Economic and Policy Research, points out: “Arguably, Fed policy has led unemployment to be higher than necessary over much of the last four decades. This has prevented millions of workers from having jobs, and lowered wages for tens of millions more. The people who were hurt most are those who are disadvantaged in the labor market, such as African Americans, Hispanics and people with less education.”

The effects are anything but technical. Higher interest rates are designed to slow the economy with the collateral damage of higher unemployment. And the effect does not stop there. As Marxist economist Michal Kalecki observed in a classic piece in 1943, “The Political Effects of Full Employment,” a full employment economy deprives bosses of the power of the sack. Workers no longer fear losing their jobs and so demand better compensation and working conditions. Kalecki’s analysis gained plausibility during the high employment sixties, an era when workplace unrest became a topic of great concern in corporate boardrooms.

None of this is to claim that the Fed is always successful in its manipulation of interest rates. The Fed controls only short- term interest rates, and reductions in those rates do not always jumpstart the economy. Nonetheless it is likely that a big boost in those rates could slow the economy and induce rising unemployment. To the extent that either he or his advisors are cognizant of the Fed’s past role in recent political history, their justifiable concern is that the President will experience the misfortune that befell GHW Bush. A Fed induced crackdown on the tech bubble led to recession and Bill Clinton’s election.

The Fed is at the heart of the neoliberal political economy, sometimes by its intentional inactions. Alan Greenspan refused to investigate the financial malfeasance that was rampant in the early part of this century. This malfeasance in turn was aided by and led to the greatest housing bubble in our history, the collapse of which issued in the deepest recession of the post World War II era. The purportedly non political Fed played a major role in that event as well via its so called quantitative easing, purchasing long dated bonds in the hope of lowering long-term interest rates and stimulating the economy.

That quantitative easing was less effective than the modest fiscal stimulus President Obama negotiated in his first term. Nonetheless, to this day economists and policy makers still stress the importance of a non- political Fed. These delusions of Fed omnipotence fuel and are sustained by the ever growing role of finance in our political economy. Low interest rates do stimulate corporate borrowing—not for plant, equipment, and new technologies– but for stock buybacks profiting shareholders and upper level management.

The emphasis on the Fed’s technical role is significant not only in its economic impact but also its effects on political discourse. Pure free markets are a fantasy, and interventions of several types sustain the system. In the eyes of the wealthy and corporate CEOs it is far better, however, that interventions be controlled by a Fed or other fiscal bodies insulated from public input. The myth of a non- political Fed has been a major contributor to growing inequality of wealth.

Powell may be defending capital’s long- term interest in a quiescent labor market at the expense of Trump’s immediate election plans. And if the Democrats nominate any of the centrists, Powell achieves a twofer. He topples Trump and gains a more stable and consistent neoliberal in the Oval Office.