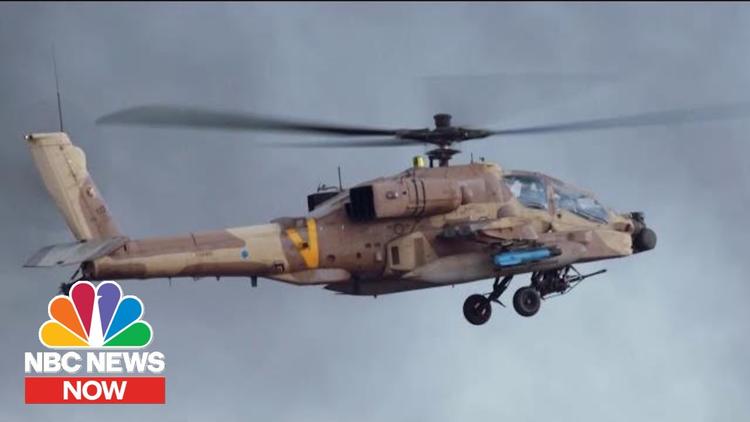 ( Tomdispatch.com) – Ever since 2007, when I first started writing for TomDispatch, I’ve been arguing against America’s forever wars, whether in Afghanistan, Iraq, or elsewhere. Unfortunately, it’s no surprise that, despite my more than 60 articles, American blood is still being spilled in war after war across the Greater Middle East and Africa, even as foreign peoples pay a far higher price in lives lost and cities ruined. And I keep asking myself: Why, in this century, is the distinctive feature of America’s wars that they never end? Why do our leaders persist in such repetitive folly and the seemingly eternal disasters that go with it?

Sadly, there isn’t just one obvious reason for this generational debacle. If there were, we could focus on it, tackle it, and perhaps even fix it. But no such luck.

So why do America’s disastrous wars persist? I can think of many reasons, some obvious and easy to understand, like the endless pursuit of profit through weapons sales for those very wars, and some more subtle but no less significant, like a deep-seated conviction in Washington that a willingness to wage war is a sign of national toughness and seriousness. Before I go on, though, here’s another distinctive aspect of our forever-war moment: Have you noticed that peace is no longer even a topic in America today? The very word, once at least part of the rhetoric of Washington politicians, has essentially dropped out of use entirely. Consider the current crop of Democratic candidates for president. One, Congresswoman Tulsi Gabbard, wants to end regime-change wars, but is otherwise a self-professed hawk on the subject of the war on terror. Another, Senator Bernie Sanders, vows to end “endless wars” but is careful to express strong support for Israel and the ultra-expensive F-35 fighter jet. The other dozen or so tend to make vague sounds about cutting defense spending or gradually withdrawing U.S. troops from various wars, but none of them even consider openly speaking of peace. And the Republicans? While President Trump may talk of ending wars, since his inauguration he’s sent more troops to Afghanistan and into the Middle East, while greatly expanding drone and other air strikes, something about which he openly boasts.

War, in other words, is our new normal, America’s default position on global affairs, and peace, some ancient, long-faded dream. And when your default position is war, whether against the Taliban, ISIS, “terror” more generally, or possibly even Iran or Russia or China, is it any surprise that war is what you get? When you garrison the world with an unprecedented 800 or so military bases, when you configure your armed forces for what’s called power projection, when you divide the globe — the total planet — into areas of dominance (with acronyms like CENTCOM, AFRICOM, and SOUTHCOM) commanded by four-star generals and admirals, when you spend more on your military than the next seven countries combined, when you insist on modernizing a nuclear arsenal (to the tune of perhaps $1.7 trillion) already quite capable of ending all life on this and several other planets, what can you expect but a reality of endless war?

Think of this as the new American exceptionalism. In Washington, war is now the predictable (and even desirable) way of life, while peace is the unpredictable (and unwise) path to follow. In this context, the U.S. must continue to be the most powerful nation in the world by a country mile in all death-dealing realms and its wars must be fought, generation after generation, even when victory is never in sight. And if that isn’t an “exceptional” belief system, what is?

If we’re ever to put an end to our country’s endless twenty-first-century wars, that mindset will have to be changed. But to do that, we would first have to recognize and confront war’s many uses in American life and culture.

War, Its Uses (and Abuses)

A partial list of war’s many uses might go something like this: war is profitable, most notably for America’s vast military-industrial complex; war is sold as being necessary for America’s safety, especially to prevent terrorist attacks; and for many Americans, war is seen as a measure of national fitness and worthiness, a reminder that “freedom isn’t free.” In our politics today, it’s far better to be seen as strong and wrong than meek and right.

As the title of a book by former war reporter Chris Hedges so aptly put it, war is a force that gives us meaning. And let’s face it, a significant part of America’s meaning in this century has involved pride in having the toughest military on the planet, even as trillions of tax dollars went into a misguided attempt to maintain bragging rights to being the world’s sole superpower.

And keep in mind as well that, among other things, never-ending war weakens democracy while strengthening authoritarian tendencies in politics and society. In an age of gaping inequality, using up the country’s resources in such profligate and destructive ways offers a striking exercise in consumption that profits the few at the expense of the many.

In other words, for a select few, war pays dividends in ways that peace doesn’t. In a nutshell, or perhaps an artillery shell, war is anti-democratic, anti-progressive, anti-intellectual, and anti-human. Yet, as we know, history makes heroes out of its participants and celebrates mass murderers like Napoleon as “great captains.”

What the United States needs today is a new strategy of containment — not against communist expansion, as in the Cold War, but against war itself. What’s stopping us from containing war? You might say that, in some sense, we’ve grown addicted to it, which is true enough, but here are five additional reasons for war’s enduring presence in American life:

All this puts me sadly in mind of a song popular in my youth, a time when Cat Stevens sang of a “peace train” that was “soundin’ louder” in America. Today, that peace train’s been derailed and replaced by an armed and armored one eternally prepared for perpetual war — and that train is indeed soundin’ louder to the great peril of us all.

Here’s the rub, though: even the Pentagon knows that our most serious enemy is climate change, not China or Russia or terror, though in the age of Donald Trump and his administration of arsonists its officials can’t express themselves on the subject as openly as they otherwise might. Assuming we don’t annihilate ourselves with nuclear weapons first, that means our real enemy is the endless war we’re waging against Planet Earth.

The U.S. military is also a major consumer of fossil fuels and therefore a significant driver of climate change. Meanwhile, the Pentagon, like any enormously powerful system, only wants to grow more so, but what’s welfare for the military brass isn’t wellness for the planet.

There is, unfortunately, only one Planet Earth, or Spaceship Earth, if you prefer, since we’re all traveling through our galaxy on it. Thought about a certain way, we’re its crewmembers, yet instead of cooperating effectively as its stewards, we seem determined to fight one another. If a house divided against itself cannot stand, as Abraham Lincoln pointed out so long ago, surely a spaceship with a disputatious and self-destructive crew is not likely to survive, no less thrive.

In other words, in waging endless war, Americans are also, in effect, mutinying against the planet. In the process, we are spoiling the last, best hope of earth: a concerted and pacific effort to meet the shared challenges of a rapidly warming and changing planet.

Spaceship Earth should not be allowed to remain Warship Earth as well, not when the existence of significant parts of humanity is already becoming ever more precarious. Think of us as suffering from a coolant leak, causing cabin temperatures to rise even as food and other resources dwindle. Under the circumstances, what’s the best strategy for survival: killing each other while ignoring the leak or banding together to fix an increasingly compromised ship?

Unfortunately, for America’s leaders, the real “fixes” remain global military and resource domination, even as those resources continue to shrink on an ever-more fragile globe. And as we’ve seen recently, the resource part of that fix breeds its own madness, as in President Trump’s recently stated desire to keep U.S. troops in Syria to steal that country’s oil resources, though its wells are largely wrecked (thanks in significant part to American bombing) and even when repaired would produce only a miniscule percentage of the world’s petroleum.

If America’s wars in Afghanistan, Iraq, Libya, Syria, Somalia, and Yemen prove anything, it’s that every war scars our planet — and hardens our hearts. Every war makes us less human as well as less humane. Every war wastes resources when these are increasingly at a premium. Every war is a distraction from higher needs and a better life.

Despite all of war’s uses and abuses, its allures and temptations, it’s time that we Americans showed some self-mastery (as well as decency) by putting a stop to the mayhem. Few enough of us experience “our” wars firsthand and that’s precisely why some idealize their purpose and idolize their practitioners. But war is a bloody, murderous mess and those practitioners, when not killed or wounded, are marred for life because war functionally makes everyone involved into a murderer.

We need to stop idealizing war and idolizing its so-called warriors. At stake is nothing less than the future of humanity and the viability of life, as we know it, on Spaceship Earth.

William Astore, a TomDispatch regular, is a retired lieutenant colonel (USAF) and history professor. His personal blog is Bracing Views.