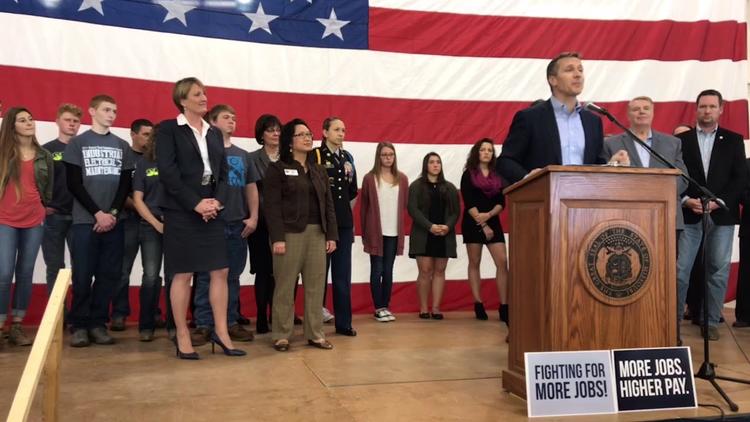 Ann Arbor (Informed Comment) – Nucor is building the first wind-powered electric micro-mill for steel production in Sedalia, Mo., writes Jeffrey Tomich at E&E News. The plant will use electric arc furnaces to produce steel instead of coal-fired furnaces, which are still used in nearly a third of US steel mills.

The new plant will employ 250 people.

Tomich notes that one report says 68% of US steel mills already use electric arc technology. That means that if you hook them up to wind or solar power plants, they would suddenly be far more earth-friendly. The American Midwest has enormous advantages in this regard, since it is the Saudi Arabia of wind.

Missouri has so far not taken much advantage of the wind bonanza, with 73% of its electricity generation coming from dirty, earth-wrecking coal.

In contrast, its neighbor to the north, Iowa, is on track in 2020 to get forty percent of its electricity from wind.

Not only will green steel plants cut CO2 emissions in that industry, but they have further implications. One of the knocks on electric cars is that a fair amount of carbon dioxide is produced in their construction. So although they do not burn fossil fuels if you fuel them off the solar panels on your roof, you have to drive them for a while before they are really green.

One of the bits of carbon that is baked into any electric vehicle is the steel used to construct it. Up until now, that steel was produced by burning coal (either in the furnace itself or to fuel the electric arc furnace), which is extremely dirty.

But wind-powered electric arc furnaces will make the steel with a tiny fraction of the coal-driven CO2 emissions, and that step will in turn make the EVs constructed with that steel even greener.

It annoys the hell out of me that studies of EVs often use the fuel mix in that state’s grid to figure how green the EV is. These reporters and scientists don’t seem to stop to consider that we’re not limited by our state grid. We can fuel our autos with the solar panels on our own homes.

The other point that is often missed is that the grid is getting cleaner fast. In 2010 the Michigan grid was 66% percent coal, 3% renewables. But now, in 2019, coal provides only about 40%, and that will fall rapidly since several big coal plants are scheduled for closure by 2022. So if you bought an electric car 4 years ago and you fuel it from the state grid, it runs significantly more cleanly today than when you bought it. Michigan had only 3% renewable energy back then but renewables are 10% today, with nuclear at 25%. Some of the coal was replaced by wind, some with natural gas (which puts out half as much CO2 as coal). If you figure you’ll have the car for a decade, it will run far more cleanly at the end of its life than at the beginning because of vast changes in the grid (vaster and more rapid than the power companies now realize). That increasing trend toward less carbon intensity cannot be said of old gasoline and diesel vehicles. But also, the whole way of thinking is wrong since the logical thing is to put up solar panels on your house if you have one (66% percent of Americans are homeowners, and if you’ll be in your home more than 10 years you are literally costing yourself money by not putting up solar panels).

Nearly cosmic disruptions of old technology come about more quickly than most people realize. There were no smart phones in 1999, but now the world is full of billions of them.

Nucor’s wind-fueled electric steel mill, the first in the country, is one of those cosmic changes. It won’t be long before this way of proceeding is the norm.

The result will be a vast step forward in the health of our earth, which is at the moment getting lung cancer from all the carbon dioxide we are producing in its lungs.