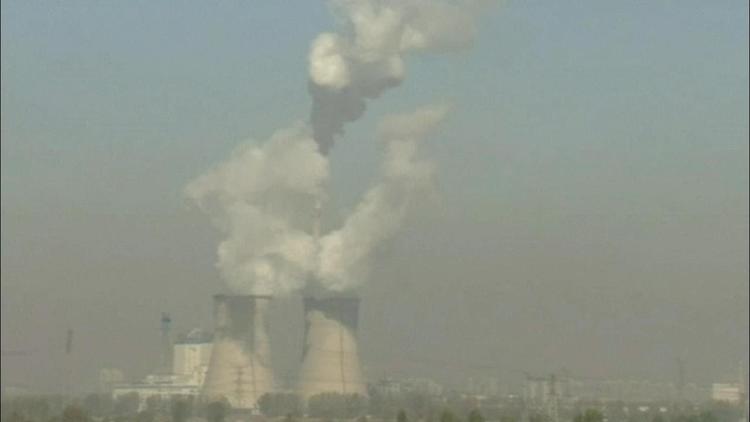 China Dialogue – Missed opportunities for tough action on the climate emergency mean emissions cuts must be much faster, UN warns

Emissions reductions need to be urgently speeded up, with a 7.6% cut required each year in order to keep global temperature rise within 1.5C, according to a UN assessment published today.

Current national climate plans (known as Nationally Determined Contributions or NDCS) under the 2015 Paris Agreement are not enough to keep warming within levels considered safe by scientists, the analysis by the UN Environment Programme (UNEP) warned.

Some actions pledged by countries in their NDCs have conditions attached, such as financial support from developed countries. However, even if all unconditional commitments in NDCs are implemented, temperatures are expected to rise by 3.2C, bringing extensive and destructive climate impacts, UNEP said.

The warning comes in the latest of the annual series of Emissions Gap reports by the UN, which assess the gap between greenhouse gas emissions anticipated in 2030 and levels consistent with the 1.5C and 2C targets of the Paris Agreement.

It found that emissions have risen 1.5% per year over the past decade. Emissions in 2018, including from land-use changes such as deforestation, hit a new high of 55.3 gigatonnes of CO2 equivalent.

For global average temperature to stay within 1.5C, emissions need to be 32 gigatonnes lower, meaning annual cuts of 7.6% a year over the next decade – a fivefold increase in current action. The delay in implementing strong policies on climate change now means that faster and deeper cuts are needed, UNEP points out.

To limit temperature rise to a less ambitious 2C, annual emissions in 2030 need to be 15 gigatonnes lower than current unconditional NDCs imply, meaning an annual cut of 2.7% – three times what is currently pledged.

Had serious action been taken in 2010, annual cuts of only 0.7% would have been needed to keep warming within 2C, and 3.3% for a 1.5C target, it said. Any further delay and emissions would need to be reduced and removed from the atmosphere at such magnitude that there would be a serious risk to the global economy, food security and biodiversity, it warned.

Yet despite years of talking about emissions reductions, there is no sign of them peaking in the next few years, it noted. Indeed, new data from the World Meteorological Organisation also released this week states that globally averaged concentrations of CO2 reached record levels of 407.8 parts per million (ppm) in 2018, up from 405.5 ppm in 2017, representing a slightly above average rise compared with the past decade.

Only five G20 members have committed to net zero by 2050

This year’s emissions gap report is especially pertinent going into 2020, a critical year for climate action. In 2015, governments agreed to submit more ambitious NDCs by the time of the UN climate talks in November 2020, which will be held in Glasgow, UK.

The UN climate action summit in New York in September aimed in particular to secure countries’ commitment to enhance their NDCs by 2020, and aim for net zero by 2050. By the end of the event, around 70 countries had pledged to submit stronger NDCs in 2020, with 65 countries and major subnational economies, such as the US state of California, committing to work towards net zero by 2050.

However, only five G20 members have committed to a net zero target of 2050, while none have submitted a timeline for achieving it. G20 nations, which account for 78% of all emissions, have also not implemented commitments made in 2009 to phase out fossil fuel subsidies, or a 2014 promise to curb deforestation, UNEP said.

The report includes a chapter outlining how mitigation actions can be stepped up, many of which are concerned with fossil-fuel extraction or burning. For example, it suggests that India plans its transition away from coal-fired power plants, while Argentina should refrain from extracting new fossil resources and Brazil should commit to fully decarbonising its energy supply.

China has signalled that coal power will be a national priority

For China, it recommends a ban on all new coal power plants; while governmental support for renewables should be continued and nuclear power development accelerated towards a 100% carbon-free electricity system.

China’s expansion of its coal fleet has been criticised as increasingly out of step with the rest of the world. A separate report, published last week by Global Energy Monitor, which catalogues global fossil fuel infrastructure, found that China increased its coal capacity by 42.9GW between 2018 and June 2019.

Over the same period, the total coal power capacity of countries outside China decreased by 8.1GW as existing plants were decommissioned. Of the countries that continue to develop coal, China is financing over a quarter (102 GW) of all proposed coal plants outside its borders, including most coal power capacity under development in South Africa, Pakistan and Bangladesh.

The country has 147.7GW of coal plants either under active construction, or suspended but likely to be revived – an amount almost equivalent to the existing 150GW coal power capacity of the EU, and more than the 105GW under construction in the rest of the world combined.

In October, China signalled that coal power would be a top priority within national energy policy as the government prepares its next Five Year Plan (2021-25). Although China is still expected to meet its pledges to peak carbon emissions by 2030 and increase its share of non-fossil energy to 20% by 2030, concerns over the economy mean climate ambition may be lower down the political agenda.

UNEP also last week released a review of the gap between the Paris Agreement and the countries’ planned production of coal, oil and gas. This analysis of the “production gap” found that the world is on track to produce 120% more fossil fuels by 2030 than is consistent with limiting warming to 1.5C.

The gap was largest for coal, the review found. Countries plan to produce 150% more coal in 2030 than would be consistent with limiting warming to 2C, and 280% more than would keep warming to 1.5C.

However, the report pointed out that there are many policy options available to phase out fossil fuels, including restricting exploration of new resources, eliminating fossil fuel subsidies and raising taxes on production.

It highlighted the governments of Belize, Costa Rica, France, Denmark and New Zealand for enacting partial or total bans or moratoria on oil and gas exploration and extraction, and Germany and Spain which are phasing out coal extraction, and working with communities to plan for an economic future without mining.

“Despite more than two decades of climate policy making, fossil fuel production levels are higher than ever,” said Måns Nilsson, executive director of the research and policy organisation the Stockholm Environment Institute.

“This report shows that governments’ continued support for coal, oil and gas extraction is a big part of the problem. We’re in a deep hole – and we need to stop digging,” he said.

The next round of UN climate negotiations begins on 2 December, in Madrid.

Catherine Early is a freelance journalist and the former deputy editor of The Environmentalist.

this work is under Creative Commons’ Attribution-NonCommercial-NoDerivs 2.0 England & Wales License and 2.5 China License.