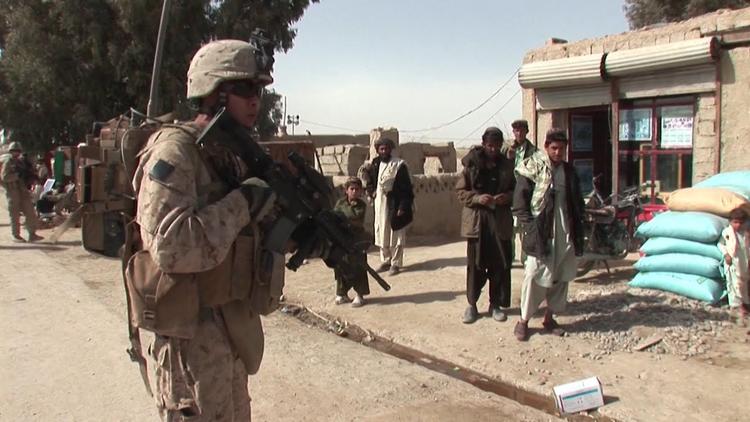 (Special to Informed Comment) – On December 9, The Washington Post revealed interviews with American officials in Afghanistan who intentionally falsified facts regarding the 18-year conflict. In one of the interviews, Bob Crowley, a counterinsurgency adviser to U.S. military commanders in 2003, remarked that data “was altered to present the best picture possible.” While the American public may find the Post’s report extremely alarming, most Afghans are not so surprised.

For the ordinary Afghan, remnants of bombed hospitals, homes and schools reflect a daily scene of terror and trauma that remarkably differs from the rosy rhetoric of progress in Washington. If anything, the documents reveal what Afghans, men and women alike, observe every day: increasing corruption in the US-installed government in Kabul amid constant violence and bloodshed.

In Afghanistan itself, Washington’s campaign to transform the country into a thriving democracy was never solicited. Instead, America’s sustained effort to help Afghanistan created a strong warlord culture that still thrives on the CIA’s payroll. In the face of increasingly powerful warlords, ordinary Afghans remain without a voice. In fact, Washington’s alliance with the warlords since the inception of the war runs contrary to any hope of truly building Afghanistan.

While Afghans suffered the tragic realities of war under a deadly American air campaign, U.S. presidents and military commanders shamelessly spoke of installing a Washington-style democracy in Afghanistan – a completely foreign and esoteric concept for the ordinary Afghan. Ironically, in its effort to democratize Afghanistan, the United States was willing to commit to any degree of violence and obliteration to build the country. Amid America’s continued nation-building project, Afghans saw their villages destroyed, their fathers killed, women raped, and children orphaned. Since 2001, over 43,000 Afghan civilians have been killed and many more injured in America’s longest war. During this period, Afghanistan’s social institutions crumbled while vicious warlords thrived off American taxpayer dollars.

In Kabul, the American Embassy reflects a remarkable reality of the Afghan war. Heavily shielded by steel-anchored concrete walls and American Humvees, the embassy hosts American diplomats who fear the very Afghans they wanted to help. “We were devoid of a fundamental understanding of Afghanistan — we didn’t know what we were doing,” Douglas Lute, a three-star Army General in Afghanistan, noted in 2015.

When the United States first intervened in Afghanistan and toppled the Taliban’s regime in December 2001, it had a unique opportunity to negotiate with a defeated Taliban. Instead, America’s military hubris prevented any effort to conclude the conflict. Washington turned a blind eye to the heavy toll of the war even as Afghans suffered and nation-building failed. For the duration of the war, American officials propagated false claims of progress that fundamentally misrepresented the reality of Afghanistan.

The Afghanistan Papers also serve as a testament to why American efforts have failed to win hearts and minds in the country. At their core, the papers represent a story of betrayal. When it comes to the question of Afghan women, for instance, the United States has, in fact, condoned violence against women by allying with Afghan warlords such as Gulbuddin Hekmatyar. A notorious misogynist, Hekmatyar was known for throwing acid in faces of Afghan women who did not wear the veil. According to Amnesty International, the “risk of rape and sexual violence by members of armed factions and former combatants is still high” following the Taliban regime. With the warlords accused of rape constantly becoming more powerful amid so much loss on the part of ordinary Afghans, it is hypocritical to assert that Afghan women have reaped gains.

Afghanistan today remains one of the world’s most corrupt countries. In an interview released by the Post, an American official in Afghanistan argued that “there are different kinds of corruption” and the type that “spreads the wealth” to the ordinary public is justified. American institution-building in Afghanistan, as a result, was structurally flawed. Even without the benefit of hindsight, it is remarkable to conceive of winning hearts and minds by installing corrupt Afghan officials in government ministries that extorted the Afghan public and lived off bribes.

Afghanistan’s problems remain unresolved because there is an absence of moral courage in Washington to admit defeat. America’s discourse on Afghanistan is often blurred by a fabricated rhetoric of progress that belies the country’s true predicament. The United States has not been able to win in Afghanistan because ordinary Afghans do not demand an American form of governance. Worse, America’s Afghan warlord allies do not seek an end to the war given the benefits it has brought them. While it is politically convenient for American officials in Afghanistan to twist facts regarding the war, it is fundamentally detrimental to the lives of Afghans and American soldiers on the ground.

Basit Muhammadi is an Afghan international student at Brown University studying Economics and Political Science. He has a special interest in international relations, particularly in the Middle East.