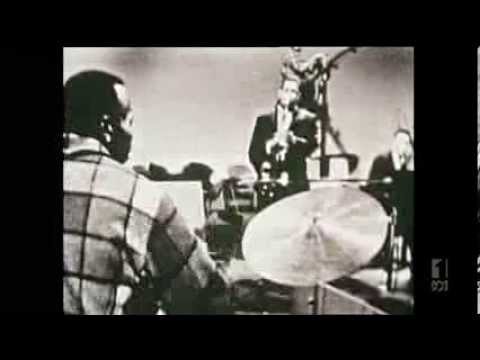 (Special to Informed Comment) – To those outside of the music business the title, “The House that Ahmet Built” might sound like the name of a Turkish folktale for children. But for those in the know, the ‘house’ was Atlantic Records and ‘Ahmet’ was Ahmet Ertegun, the great record company’s co-founder. In 1947 along with New York native Herb Abramson, Ertegun founded a record label that dared to focus on jazz, Soul, and gospel. Ertegun and Abramson created a record company with a unique sound, a sound that reflected the rich and varied musical tastes of the two partners. In the fifties they released records by Ray Charles and Big Joe Turner. And in the sixties, they promoted the recordings of Otis Redding, Sam and Dave, Wilson Picket, and Aretha Franklin. In the seventies and eighties Atlantic signed Fleetwood Mac, Crosby-Young-Stills-and Nash, and arranged to distribute the records of the Rolling Stones.

Ertegun, unlike his partner Abramson, was not a native New Yorker. The city that shaped Ahmet was Istanbul, where he was born into an upper-class family in 1923. Though he assimilated thoroughly into American Culture (and especially into American musical culture, which he would have a hand in shaping) he did not jettison his Turkish Muslim heritage – a culture for which he had reverence, and about which he had a sense of humor. “The older I get,” he wrote in his seventies, “the more I realize how Turkish I am. I display the prime characteristics of Turkish vices, indolence and excess.”

As his New York Times obituary noted: “Mr. Ertegun’s music partnerships, he sometimes pointed out, were often culturally triangular. He was Turkish and a Muslim by birth. Many of his fellow executives, like the producer Jerry Wexler, were Jewish. The artists they produced, particularly when the label began, were Black. Together, they helped move rhythm and blues to the center of American popular music.”

Ertegun and Abramson’s mixture of eclectic musical tastes, business acumen, and sheer chutzpah, paid off in ways that no one could have anticipated. Atlantic, the label they founded, survived the economic shifts of the late 1980s and 90s, when the multibillion dollar recording industry underwent a series of mergers and acquisitions that left little room for a label with its own character. But with Ertegun at the helm, Atlantic survived, and flourished. The LA Times summed up Ertegun’s story in this tribute:

“Ahmet Ertegun, the Turkish ambassador’s son whose ear for the culture of Black America would make his Atlantic Records a legendary fount of 20th century popular music, died Thursday. He was 83.” (LA Times December 15, 2006)

In 1956 Ahmet brought his older brother Nesuhi into the business. While Ahmet’s tastes ran to Soul, and rock and roll, Nesuhi’s passion was jazz. In fact, before he moved to New York City to join Atlantic, Nesuhi ran a jazz record store in Los Angeles. And, at UCLA, he taught a course on the history of jazz, the first academic course of its kind. On Nesuhi’s initiative Atlantic signed jazz greats Ornette Coleman, Charles Mingus, John Coltrane, and the Modern Jazz Quartet (The MJQ) to the Atlantic label.

These innovative jazz musicians praised Nesuhi’s knowledge of jazz, and the creative freedom he granted them. John Lewis of the MJQ said that unlike other record producers Nesuhi let musicians play what they wanted, not what record executives thought they should play.

Ahmet and his older brother Nesuhi came to the U.S. in 1934 when their father, Mehmet Munir Ertegun, was appointed the Turkish ambassador to the United States. Prior to that he had been ambassador in Paris and London. When the two brothers arrived in Washington D.C. Ahmet was eleven years old and Nesuhi was seventeen. In London, two years before they moved to the U.S. Ahmet saw his first jazz concert. It was a life-changing event. In Ahmet’s words:

“When I was about 8 or 9 years old, in 1932, Nesuhi took me to hear Cab Calloway and later Duke Ellington at the Palladium in London. I had never really seen black people except I had seen pictures of great artists like Josephine Baker – whom I spent a few days with before she died. And I had never heard anything as glorious as those beautiful musicians, wearing great white tails playing these incredibly gleaming horns with drums and rhythm sections unlike you ever heard on records. . . . So, I became a jazz fan quite early and never went off the path thereafter.”

In an interview in Slate in the year before his death in 2006, Ertegun was asked what he would like his legacy to be. His reply, “I’d be happy if people said that I did a little bit to raise the dignity and recognition of the greatness of African-American music.

And to the interviewer’s question, “do you have any devotional feelings towards Islam?” Ertegun said, “Well, look I’m a Muslim by birth – and the rest I’ll have to explain when I write my autobiography.” Unfortunately, Ertegun never got to write his autobiography. But perhaps we can intuit what Ahmet’s answer would be from the instructions he left for his funeral. He told his wife and friends he wanted to be buried in the family plot in Istanbul and to have his janaza (funeral rites) conducted along strictly traditional lines. When Ahmet Ertegun died at 83 in 2006 his wishes were carried out and his body was flown to Istanbul. There he was buried next to his parents and his brother Nesuhi on a hill overlooking the Bosphorus.

25 Years: A History of Atlantic Records