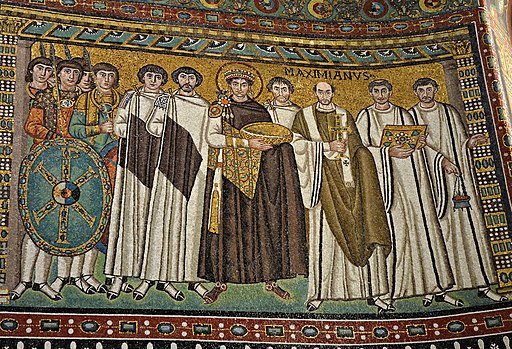 ( The Watchers) – Researchers presented underwater volcanism as a new interpretation of why the sky mysteriously went dark for over a year beginning 536 A.D., with some parts of Europe and Asia seeing the Sun for only about four hours a day and accounts saying the Sun gave no more light than the Moon for 18 months. The dimming led to catastrophic global cooling, famine, and civil upheavals in Medieval times.

“People thought it was the end of the world,” said Dallas Abbott who studies paleoclimate and extraterrestrial impacts at Columbia University’s Lamont-Doherty Earth Observatory.

536 A.D. was also one of the worst periods to be alive, according to Harvard University medieval historian Michael McCormick, who is not part of the study.

“And it came about during this year that a most dread portent took place,” wrote Byzantine historian Procopius. “For the sun gave forth its light without brightness, like the moon, during the whole year.”

This period of darkness and cooling marked the beginning of a longer upheaval period as trees struggled to grow from 536 to 555 A.D., indicating that the dimming was extensive, and experts have no idea exactly why.

Abbott and her colleague John Barron from the US Geological Survey presented their analysis in a poster at the meeting of the American Geophysical Union.

Their study of a Greenland ice core pointed to underwater eruptions that carried sediments and marine microorganisms into the atmosphere, which helped dim the sunlight.

Volcanic eruptions are known to spew sulfur and other particles into the atmosphere that can block out sunlight. However, geological records only showed big eruptions in 536 and 541 A.D., which are not sufficient in explaining the nine-year downward spike in tree growth.

Moreover, it would require a lot of sulfur and ash to darken the sky, and some of that material should be present in rock layers and ice cores.

However, “the amount of sulfate that was deposited wasn’t as much as in other eruptions where they experience a similar amount of dimming,” Abbott explained.

The researchers examined ice layers from an ice core named GISP2 that were laid down between 532 and 542 A.D and measured the chemistry of the meltwater. They also extracted microscopic fossils.

“We found by far the most low-latitude microfossils that anybody’s ever found in an ice core,” said Abbott.

The researchers were only able to identify one high-latitude species that were believed to be blown into the atmosphere by underwater volcanic eruptions near the equator.

These submarine eruptions around 536 and 538 A.D. would have vaporized seawater with the rising steam carrying calcium-laden sediments and microscopic sea creatures into the atmosphere.

Some of the particles would have eventually settled in the Arctic.

Equatorial volcanic eruptions can affect the entire planet. Once the white sediments and microorganisms were in the atmosphere, it would have been very good at reflecting sunlight back into space. These are also difficult to detect in sediment records.

There is a chance that space rocks hitting near the equator could have thrown the sediments and microfossils into the air, but the ice core chemistry and lack of cosmic dust in the layers make this less likely.

“If there were impact events, they would have to be relatively small.”

Abbott and her team said they would like to study another Greenland ice core next to see whether they can replicate the surprising findings.

A young blood with an old soul, Julie Celestial is fascinated with skies, stars, and every speck of dust in the universe. You can contact her at julie@watchers.news.

New and well‐dated evidence of sulphate deposits in Greenland and Antarctic ice cores indicate a substantial and extensive atmospheric acidic dust veil at A.D. 533–534 ± 2 years. This was likely produced by a large explosive, near equatorial volcanic eruption, causing widespread dimming and contributing to the abrupt cooling across much of the Northern Hemisphere known from historical records and tree‐ring data to have occurred in A.D. 536. Tree‐ring data suggest that this was the most severe and protracted short‐term cold episode across the Northern Hemisphere in the last two millennia, even surpassing the severity of the cold period following the Tambora eruption in 1815.