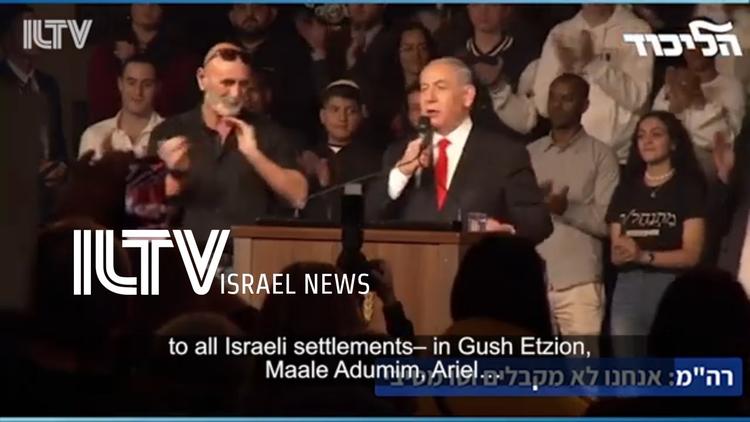 ( Middle East Monitor ) – We are about to witness the third Israeli election in the space of one year.

The elections for the Knesset, Israel’s parliament, which are coming in March, are being held after the failure of anyone to either score an overall majority or to forge a coalition government.

Israeli prime minister, Benjamin Netanyahu, is holding on for now. His far-right coalition won the most seats in the last election in September, but it was not enough to form a government with a majority.

It is possible that the Blue and White party could win the next election – they actually came one seat ahead of Netanyahu’s party, Likud, in the last election.

But even if they did, so what? For the Palestinians, all Zionist parties in Israel mean the same thing: continuation of the daily, grinding, violent reality of Israeli racism and occupation.

The West Bank is under the boot of Israel’s military dictatorship. Palestinians who dare challenge it are indiscriminately beaten, tortured, abused, have their homes demolished or are even murdered by the Israeli military and settlers.

The Gaza Strip is under constant siege, and the brave unarmed Palestinian demonstrators trying to break out of it since 2018 have been shot down dead by brutal Israeli snipers.

The Palestinians inside Israel – the Palestinian territories occupied by Zionist forces, starting in 1947 – are not full citizens of the state. By law and by practice, they have far fewer rights than Jewish citizens of Israel. Israeli courts have consistently ruled for decades that there is no such nationality as ‘Israeli’ and that the state belongs to Jews alone.

Finally, the Palestinian refugees outside Palestine still languish for long decades inside their camps – being denied their most fundamental right to return to the homes they were expelled from.

But this totally unjust situation is not enough for Israel – both the state and society wants more.

As I wrote at the time, in the last election, at least 89 per cent of Israelis voted for parties whose policy it was to continue the occupation of the West Bank – military dictatorship with no rights, remember – indefinitely.

And now, with the third election looming, Israel’s two leading parties, Likud and Blue and White, are both ramping up their threats to formally annex large parts of the West Bank.

The West Bank and the Gaza Strip together consist of only 22 per cent of historic Palestine, as it was at the time that the British occupation ended in 1948.

So, 78 per cent is not enough for Israel still. They want it all.

While it seems unlikely for the time being, that they could get away with a mass expulsion, ethnic cleansing-type-event as they did in 1948, victory for Zionism looks like this: maximum land, minimum Arabs.

So, in working towards this end, Israel has been slowly, in the decades since it occupied the remaining 22 per cent, absorbing the entire West Bank through the creation of “facts on the ground”.

These “facts” are a slow-motion ethnic cleansing. Palestinian homes are declared to have been built “without permits” (impossible in many areas, since Israel almost always denies such permits to Palestinians – even while granting them to Jews) and are thus destroyed. Industrial-scale colonies for Jews are then built on the ruins.

Annexation will be the formal, post-facto legitimisation of such blatant criminality in Israeli law – and it looks set to be supported by the US.

President Donald Trump has already done this in the case of the Golan Heights. This is a Syrian territory, illegally and violently invaded and occupied by Israel in 1967. Yet Trump (urged on by his number one campaign funder, Sheldon Adelson, a casino billionaire and important US Israel lobbyist), decided to formally recognise the “legality” of this outright criminality – just as he did in moving the US embassy to Jerusalem.

So there really was no doubt that the most pro-Israel US president would ever give the green light to any annexation move in the West Bank, even before the latest second-hand reports from anonymous Israeli sources emerged about the latest version of Trump’s ‘deal of the century’.

In the forthcoming election, both main Israeli parties are attempting to outdo one another on how much Palestinian land they can steal, clear out of its Palestinians, and then annex for the purposes of building Israeli colonies.

Now this election, Netanyahu is talking about annexing as much as 40 per cent of the West Bank, while Gantz is now promising to steal the entire Jordan Valley (the part of the West Bank that borders Jordan).

Annexation, then, is coming. Will this finally spell the long-forecast collapse of Israel’s collaborationist entity, the Palestinian Authority? Time will tell.

One thing is for sure: this situation will not hold indefinitely. Five million Palestinians are being denied even their most basic human rights – systematically, by design of Israel’s racist laws. This cannot be indefinitely sustained.