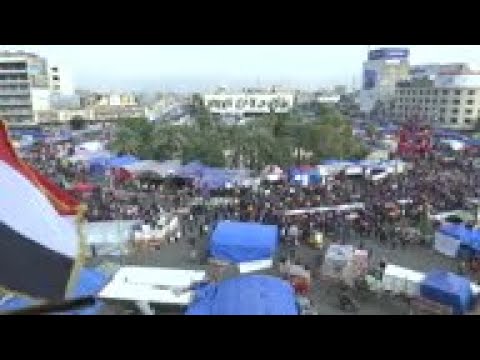 When thousands of anti-government protesters returned to Iraq’s streets on January 10, they were expressing anger at the explosion of foreign interference in their country’s affairs in early 2020. “Keep your war away,” one banner read, referring to the escalation of US-Iranian tensions in early January following the US assassination of Iranian General Qassem Soleimani in Baghdad.

A few days earlier, after Iran launched a series of missile strikes against US bases in Iraq in retaliation, Iraq’s leaders condemned the violation of their country’s sovereignty .

Helped by the spread of US soft power, an American focus on individualism became a key theme of protests that spread across the Middle East in late 2019. But in Iraq, demonstrations that began in late 2019 were met by a deadly clampdown as protesters demanded an end to Iran’s political and economic domination of Iraq and an end to corruption.

At the same time, resentment against the US runs deep in Iraq – and was made clear in protests that led to attacks on the US embassy in late December. Since the end of the US occupation in Iraq, the country’s leaders have turned to political and military support from regional powers – Iran in particular. And by killing Soleimani, the US escalated this competition between US and Iranian influence in Iraq.

When Iraq’s parliament voted to expel US troops from the country a few days after the assassination, this marked a victory for Iranian soft power. Yet the killing of Soleimani, without further escalation from Iran beyond a series of missile attacks on US bases in Iraq, was also a notable win for Trump in an important election year.

This is particularly the case now global attention has turned to the legitimacy of the Iranian regime after it confirmed its responsibility for shooting down a Ukrainian passenger plane, killing 176 people. The admission sparked further protests within Iran that were met by a violent crackdown.

US ‘soft power’ at work

In some ways, the current situation is a big success for US soft and hard military power. One of the strongest characteristic of soft power – something I’m looking at in my ongoing research on Iraq – is that its dissemination is immeasurable, and it never stops working.

I’m looking at the way US soft power and liberal values, pushed through US content such as video games and Netflix available via mobile phones, have made breakthroughs with Iraqis that the American military failed to secure after it toppled Saddam Hussein during the Iraq war.

The Iraqi government’s mistrust of this soft American power was stark when it banned some video games in April 2019, claiming they harm society and national security. At various times during the recent protests, the Iraqi government has also shut down the internet to stop demonstrators using social media platforms to mobilise.

The spread of democracy and freedom were some of the key goals of the US in 2003 invasion of Iraq – alongside deploying foreign policy to help further US financial interests. Protesters are demanding an end to corruption, the provisions of basic constitutional rights, the delivery of basic services and more opportunities for the youth – the same democratic values and freedoms advocated by US soft power. Some argue that Iraqis want to be liberated from sectarianism and government corruption more than any other period since the 2003 war. So this could be seen as a win for American soft power.

Still, the protesters have not welcomed an increased US presence in Iraq, nor do they want a war between the US and Iran to take place on Iraqi soil. Instead, they are demanding a free Iraq that will serve their needs, not just those of the US or Iran.

Protesters are also angry at the continued Iranian influence in Iraqi politics and security. As well as a long-standing influence on everything from the selection of ministers to the security forces, Iranian produce dominates Iraq’s markets. Iran is leaning on trade with Iraq to help its economy withstand the pressure of US sanctions.

Militarily, the Iraqi parliament also passed a law in 2016 which made Shia militias – many of them backed by Iran – a permanent fixture in Iraq’s security forces.

It’s clear that many Iraqis don’t want the US to remain in the country. Still, the US State Department rejected a request on January 9 by Iraq’s caretaker prime minister, Adel Abdul-Mahdi, to begin discussions on the troop withdrawal requested by parliamentarians.

If US troops do eventually leave Iraq, it could pave the way for even more Iranian influence in the country – something that will continue to anger Iraq’s protesters.

AP: “Anti US and Iran slogans chanted at Baghdad demo”