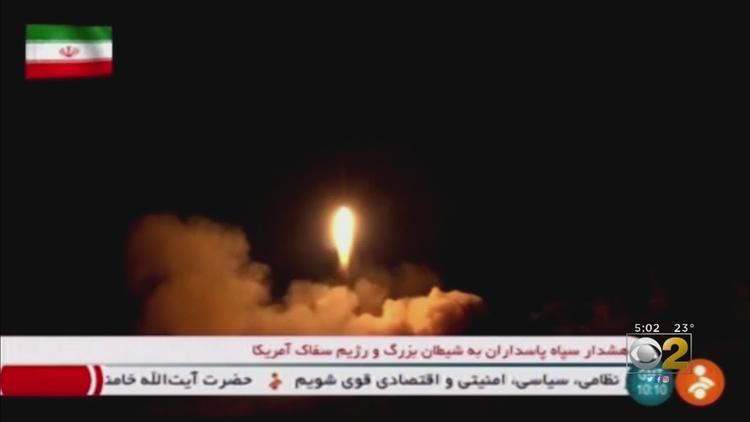 Ann Arbor (Informed Comment) – According to al-Bina’, Harakat Hezbollah al-Nujaba (the Movement of the Nobles of the Party of God), led by Akram al-Kaabi, thanked Iran because it “once again helped Iraq to regain its sovereignty and prestige by targeting the bases of the evil occupying American forces on the usurped lands of our country in revenge for our dear guest Qasem Soleimani.” This Iran-backed militia forms part of the Popular Mobilization Forces (PMF), a kind of Iraqi National Guard, but it also fights Sunni fundamentalists in Syria. Its leadership was thinking Iran for sending ballistic missiles on Iraqi bases that host US troops.

The movement’s official spokesman, Nasr Al-Shammari, warned American soldiers in Iraq, saying: “Do not close your eyes, for the revenge of the martyr Abu Mahdi al-Muhandis is inevitably coming at the hands of the Iraqis, until the last American soldier is expelled.” In February of 2019, the US had designated the al-Nujaba’ a terrorist organization.

On Sunday January 5, the Iraqi prime minister Adil Abdulmahdi asked parliament to vote to expel US troops from Iraq, and the country’s legislature did so vote by a majority. This vote was not, as US officials keep saying, “advisory.” It was a vote of the parliament, and that body asked the prime minister to implement it in the executive branch.

Secretary of Defense Mark Esper and Trump himself have insisted that US troops won’t be withdrawn from Iraq because “the Iraqi people” want them there. I’m not sure where Esper and Trump are finding “Iraqi people” to overrule the elected Iraqi government. But the fact is that if the Iraqi government wants US troops out, they will have to leave or face legal liabilities for any deaths they cause. They could even be prosecuted in US courts in the absence of a Status of Forces Agreement.

Likewise, Qais al-Khazali, the head of the League of the Righteous (Asa’ib Ahl al-Haqq), a radical Shiite militia in Iraq that forms part of the PMF, called Wednesday for Iraqi militia attacks on US troops in Iraq to match those of Iran in revenge of the Trump administration murder of Abu Mahdi al-Muhandis, the deputy commander of the PMF or Shiite militias. On Tuesday evening, Iran fired some 25 ballistic missiles at two Iraqi military bases that house US troops, but appear to have been careful to produce no casualties.

The Iraqi parliament in early 2018 recognized the PMF as part of the Iraqi military, and its line of command goes up to Prime Minister Adil Abdulmahdi. This week the United States branded the League of the Righteous a terrorist group and made al-Khazali a “designated global terrorist.”

In an angry Tweet, al-Khazali said that Iraqis were a courageous and competitive people, and their response to the US will not be of less severity than that of Iran.

As if in response to his Tweet, two katyusha rockets hit the Green Zone where the US embassy is located late on Wednesday, according to an Iraqi government official. The official, who declined to allow the Iraqi press to use his name, said that the rockets were fired by a coalition of Shiite militias, including the League of the Righteous and the Kata’ib Hizbullah (Brigades of the Party of God). The head of Kata’ib Hizbullah had been al-Muhandis, whom Trump assassinated last week.

The PMF on Wednesday issued a “Covenant of Faithfulness” to the memory of al-Muhandis in which they thanked all ranks of Iraqi society for their brave stance in following in his footsteps and likened his martyrdom to that of Imam Husain, the slain grandson of the Prophet Muhammad. Al-Muhandis was laid to rest at Najaf on Wednesday.

The spokesman of the Sadr Movement, Hakim al-Zamili, said that Iraqis have the right to target US troops in Iraq because they are occupation forces. (This is not true; the Iraqi government invited US troops into the country in 2014 after the ISIL terrorist organization took over 40 percent of Iraq and the Iraqi army collapsed).

Al-Zamili continued, saying that “our ranks must be closed, because the enemy is preparing to eradicate and eliminate us, and we must not give in to the United States but rather must draw up plans confront it.”