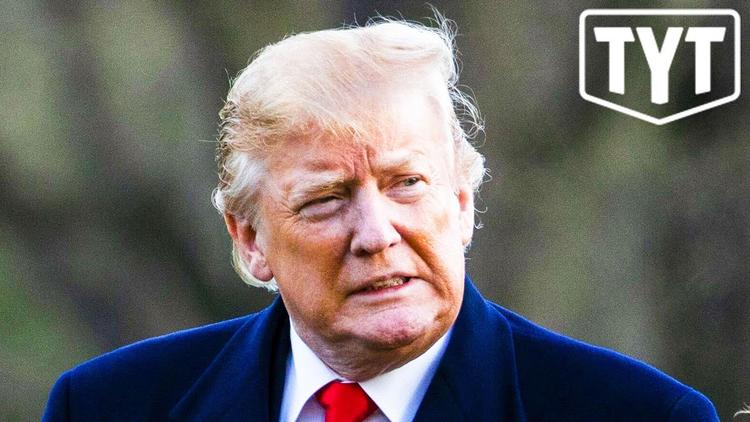 Ann Arbor (Informed Comment) – I was for my sins watching CNN the other evening and as I remember I saw Chris Cuomo on a panel say that what Trump did in withholding $400 million in congressionally appropriated military aid from Ukraine was not technically a crime. I was astonished, since Cuomo is usually a pretty thorough journalist.

As the BBC notes, “The 1974 Impoundment Control Act says it is illegal for the White House to withhold aid appropriated by Congress. It also says the White House must first alert Congress before it delays or blocked funds, which the Trump administration did not do.”

I had read about the law and knew that what Trump did in holding back appropriated military aid from Ukraine until its president, Volodymyr Zelensky, announced an investigation of the Bidens, was illegal.

It is true that the ICA does not have much in the way of teeth and does not prescribe a punishment for a president who breaks this law, but it does allow the affected agency to sue for the release of funds. This actually happened once.

Or Congress could impeach over it, which the House essentially did.

Trump and his team knew perfectly well that what they were doing was illegal. Documents show that Trump administration officials worried that Trump was dragooning them into committing an illegal act. So when the whistleblower came forward in early September about the inappropriateness of Trump’s July telephone call with Zelensky, Trump abruptly released the military funding.

The lie that GOP politicians keep repeating, that Ukraine did not know the aid was held up, is ridiculous. When you are at war you notice when replacement bullets and hardware don’t show up as promised.

The Governnment Accountability Office found on Thursday that Trump had violated that law. But the GAO implicitly made a broader point, which is that any Congressional appropriation is a law, and so even without the ACA, the president is not allowed to simply disregard it. The decision said, “Faithful execution of the law does not permit the President to substitute his own policy priorities for those that Congress has enacted into law.”

With regard to the 1974 law, the GAO concluded that the Trump White House “withheld funds for a policy reason, which is not permitted under the Impoundment Control Act (ICA).”

Despite First Lady Melania Trump’s campaign against bullying, her husband is a notorious bully, and it is how he does foreign policy. And I mean by bullying extortion. It is like when the gangster tells the shopkeeper who won’t pay protection money, “Nice establishment you have here, it would be too bad if something happened to it.”

When in May, 2018, Trump breached the nuclear deal with Iran that the UN Security Council, including the US, signed, Europe refused to go along with him. But now we know that Trump just threatened France, Britain and Germany with a 25% tariff on their automobile exports to the United States unless they initiated proceedings against Iran for loosening its adherence to the treaty.

That’s right. Trump broke the treaty and put Iran under a suffocating economic blockade, but he expects the Iranians to adhere to the letter of the treaty despite his reneging on US obligations to lift sanctions. And then when the Europeans want to continue to uphold the treaty, Trump threatens them.

The president doesn’t have the inherent right to set tariffs arbitrarily. The constitution puts that prerogative in the hands of Congress. Congress, however, passed a measure letting the president set tariffs in an “emergency.” Since Trump always thinks its an emergency when he isn’t getting his way, he constantly tinkers with the tariffs. The Senate should take back this prerogative, which is too dangerous to leave in Trump’s hands.

In fact, Congress should rethink this whole idea of financially and commercially blockading Iran. It looks very much like a naval blockade, which is an act of war in international law. This blockade, with the US blocking the sale of Iranian petroleum without a shred of legality, creates an ever-present threat of war.

If the Democrats ever get control of both houses of Congress and the presidency again, they had better fix it so that presidents can’t slap on tariffs unilaterally. And they should have a new health care plan ready to go, too. They wasted the last brief moment when they had a bullet proof majority, early in Obama’s first term. They should have a list of things that Trump broke that need to be fixed, and pass them, 1, 2, 3, with the same single-mindedness that Mitch McConnell is packing the courts with far right wing nonentities.

The Young Turks: “Watchdog Report on Trump Confirms He Broke The Law”