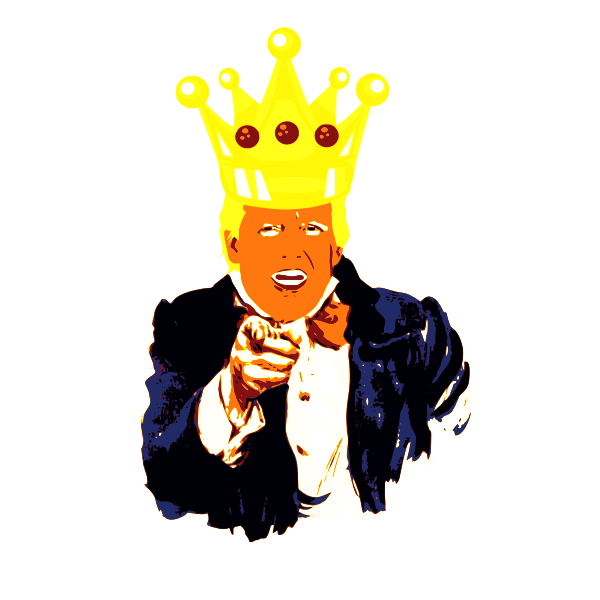 Ann Arbor (Special to Informed Comment) – Even before impeachment proceedings began, online bloggers recognized a penchant for monarchical or autocratic pretensions in the Trump Whitehouse. Thomas Jefferson foresaw such dangers and had a word for it: “masked monarchy.” While Jefferson believed that our “government (is) better calculated than others to protect individuals in the free exercise of their natural rights,” he also knew that monarchy could take hold behind a mask of democratic process. Looking at the problem as a historian, the best way to prevent that from happening is to reinforce in every way the distinction between personal privilege and lawful procedure.

We generally think of democratic elections as a sufficient remedy for monarchy, but consider: the second half of the 20th century witnessed the establishment of electoral systems in a majority of independent nations around the globe, yet as sociologist Charles Tilly observed, by the end of that century many of those nations no longer qualified as democracies. They had turned into oligarchies, masked monarchies where elections were of no help whatever:

Embed from Getty Images
House Minority Leader Kevin McCarthy(3rdL), R-CA meets with US President Donald Trump(R) Rep. Jeff Van Drew(C) D-NJ and other cabinet members in the Oval Office at the White House on December 19, 2019 in Washington,DC. – Trump brought Van Drew to the Oval Office, seating him in one of the armchairs typically used for visiting foreign leaders, and told reporters “Jeff will now be joining the Republican party.” (Photo by Brendan Smialowski / AFP) (Photo by BRENDAN SMIALOWSKI/AFP via Getty Images).

While writing a book on the struggle for justice in China and England, it appeared that the struggle in both empires was with oligarchy. Oligarchy occurs in many forms—feudalism; aristocracy; monarchy; fascism—but its essential feature is rule by privilege. Privilege is arbitrary because that is what marks it as privilege. Where reckless impulsiveness would be damning for a carpenter, an accountant, or a professor, it is empowering for privilege.

Therein lies the problem for the nation. In the real world every nation faces real challenges, such as under-employment, or global heating. These challenges require expertise and rational procedure to manage. But oligarchs are expert mainly at amassing wealth, and so they justify their privilege through fantasy, like the story that aristocrats are chosen by God; natural disasters are punishments from God; or the wealthy pulled themselves up by their bootstraps. Fantasies can be propagated by religion or other media that the ruling groups control, allowing them to blame ostracized groups for their own incompetence.

But Thomas Jefferson knew that expertise, or “wisdom and virtue (are) not hereditary.” They are acquired individually, and no one person or group has a monopoly on all the kinds of expertise required to run a nation successfully. This insight provided the key for resistance to privilege in both China and England. In China anonymous examinations made expertise the criterion for official rank, hindering appointment by nepotism or family background. To prevent an aristocracy from rising again, they taxed the rich heavily and the poor lightly.

More effectively, reformers took authority away from the person and put it in the office, limiting its powers to defined tasks requiring set procedures. Officers would always differ from aristocrats then, because they could be removed for incompetence or corruption. Eventually reformers made benefit to the population the golden standard for what counted as expertise. This, they called “virtue.” “Talent and virtue” then, became the normative criteria for office.

These reforms were effective at ending aristocracy, but would-be oligarchs still found ways to promote privilege. Some used public office to enrich themselves, then applied their wealth to undermine the system. Reformers fought back, creating special agencies to impeach corrupt officials. But then a corrupt chancellor could fire the very officers charged with checking the administration. This tug-of-war went on for centuries, giving rise to some very moving essays on the nature of corruption and the demise of rational government. By the 1730’s not a few of those essays were being read in Europe as translations.

Scene change: early 18th century England. It’s a classic aristocracy. Nepotism and cronyism are both legal and widespread, but a group of “free thinkers” are fed up with inept and arbitrary rule. England had elections, but aristocrats had little difficulty controlling them, so the reformers looked for other solutions. They started with nepotism and cronyism, calling that corruption and demanding the government appoint men of “genius and virtue”.

By the late 18th century, Thomas Paine, in the Rights of Man, noted that an office is always associated with some ability that qualifies the officer for his duties, but a noble title is just unspecified authority. In Common Sense he charged further that the king’s excessive influence stemmed from his power to confer titles at will, meaning that he could stack the government with incompetent yes-men.

The founding fathers adapted parliamentary process from the British system, but in America the people’s representatives were not supposed to behave like elected nobility. Instead they were to be knowledgeable, qualified, and dedicated to the public interest. “Talent and virtue,” “genius and virtue,” or “wisdom and virtue” occur commonly in the works of Rousseau, Jefferson, and other Enlightenment notables. Democracy for them was about getting qualified and honest people into office, yet somehow it is elections only that our textbooks single out as the remedy for tyranny. This omission has put at risk the future of the Republic.

In a modern administration, certain duties define each office, so the president does not have the power to give to a relative the duties belonging to the Secretary of State; those duties are specific to the office. By the same token, cabinet officials can only exercise authority specified in their charge. If the charge is to protect the environment and the officer moves to damage the environment, he or she is acting as a private citizen. After all, how could the office provide authority that it doesn’t have? Like the oligarchies Tilly cited, our republic retains elections, but has forgotten the most basic check, the need to hold an officer to her charge. This has yielded a republic of privilege.

Unfortunately, masked monarchy finds an ally in the Fourth Estate, where elections are treated like coronations. Once elected, public servants are said to have received a mandate permitting actions far beyond the job description, even appointing relatives to positions that the president—not Congress—creates. Those positions have no charge, no procedures, and no obligation to the nation’s welfare. Yet with a title based on family ties, and without a peep from the Press, a man can assume the charge belonging properly to qualified officers.

In recent years it has often been career officials in federal agencies who have resisted the administration’s irregular actions. In those cases, officers insisted on following procedure rather than the whims of a would-be sovereign. Still, the Oval Office often has its way. As in England, the power of appointment surrenders excessive discretion to the president; as in China, a key weakness is the executive’s power to remove those very men and women whose job it is to check executive excess.

The tug-of-war is taking place right here, right now. Elections could help if officials and representatives were expected to be qualified in knowledge and public service. Congress could impede the march of oligarchy by reinforcing the independence of career officials, leaving promotion or dismissal to experts rather than political appointees. Congress could require from presidential nominations solid evidence of expertise and service to public good, rather than reflexively confirming presidential preference. Career specialists might even be invited to review and comment on appointments.

On the other hand, if a president—unlike a carpenter—cannot be held to the requirements of office, the public will come to believe that privilege is legitimate power, in which case our republic will become just another masked monarchy.