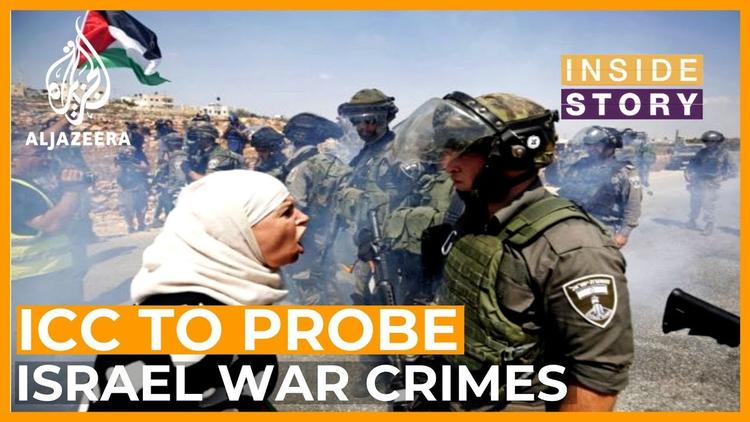 (Middle East Monitor ) – Israeli media has reported that the International Criminal Court (ICC) could issue secret arrest warrants for Israeli officials involved in war crimes against the Palestinian people. According to a senior Israeli official who spoke to Israel Hayom, “The very fact that an ICC investigation will be launched will make Israel synonymous with the darkest regimes in Africa, where truly horrific war crimes have been committed. It’s unthinkable.”

It is unthinkable to speak of comparisons when Israel was established upon horrific war crimes against the Palestinian people which continue to be perpetrated to the present day. The possible ICC investigation and arrest warrants will merely cast a spotlight upon the plethora of violations which the UN has normalised through its well-practiced defence of Israel’s security narrative.

Israel is now reportedly concerned about its international image and the economic impact an investigation could have. To this effect, Israel is most probably indirectly referring to the Boycott Divestment and Sanctions (BDS) movement, as ministers expressed concern about “Palestinians and their supporters [using] any such investigation to relentlessly pressure international conglomerates to stop doing business with Israel.”

The Israeli government has also been told that settlements constitute the strongest case at the ICC, increasing the possibility of targeting officials across the political spectrum given the unanimous support for colonial expansion. In this regard, Israel has availed itself of two factors in recent years: international inaction and US support for expansion, recently declared “not inconsistent with international law” by the US Secretary of State Mike Pompeo.

So far, the international community has managed to excuse Israel’s war crimes record by limiting itself to periodical condemnations. Israel’s response to the ICC mirrors the international community’s response to the documented violations; both cast aside the implications of a state and its officials committing war crimes to shift focus on the Israeli narrative and, in turn, normalise the violations Palestinians face daily into a routine dissociated from colonial violence.

An ICC investigation, if it happens, has the potential to alter the status quo which has served Israel for decades and turned Palestinians into a humanitarian catastrophe. The international community’s convenient narrative can be stripped away by the ICC directly targeting the officials responsible for war crimes against the Palestinian people. As a result, the mainstream version of events about Palestinians dying, or losing their homes, will no longer be considered acceptable.

Palestinians have been murdered by Israeli officials working for the colonial state. Likewise, responsibility for ongoing settlement expansion can be traced back to the government officials who remain committed to the original plan of ethnically cleansing Palestine from its indigenous population.

The ICC’s delays remain an impediment to investigations and arrests. Yet the focus on the ICC’s clear admission that war crimes have been committed must not fade from sight. It is imperative not to waste additional years from the Palestinian narrative by falling upon the clichéd use of “alleged war crimes” as a measure to protect Israel.

Since war crimes have been committed, the Palestinian narrative must be supported by this admission and it must be made incumbent upon the international community to follow suit in its discourse.

What will a war crimes probe in the Palestinian Territory achieve? | Inside Story