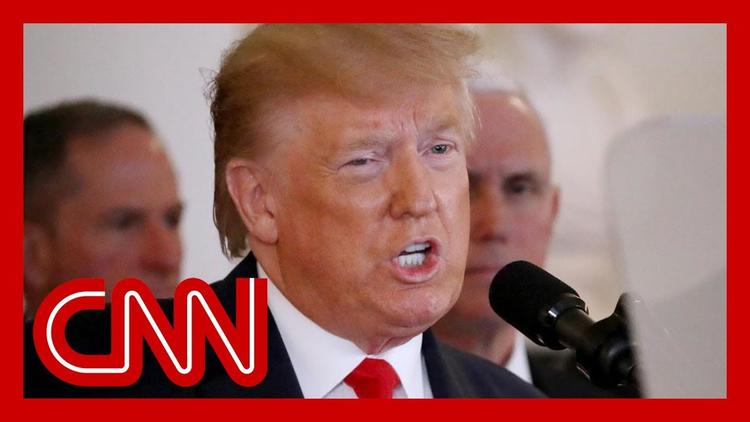 (Foreign Policy in Focus) – By any measure, the War Powers Act has failed to constrain presidential warmaking. A simpler step would be to stop funding wars.

Practically speaking, the Trump administration’s extrajudicial assassination of a top Iranian general was probably legal. The rationale is straightforward: Congress has steadily settled on a constitutionally dubious theory of handing the president near-limitless authority over how, when, and why the country goes to war.

The 1973 War Powers Resolution, the often-cited check on this extraordinary authority, is central to the mess.

Passed into law over President Nixon’s veto, the joint resolution is not short on lofty language.

Section 2 announces that its “purpose and policy” is “to fulfill the intent of the framers of the Constitution of the United States and ensure that the collective judgment of both the Congress and the President will apply to the introduction of United States Armed Forces into hostilities, or into situations where imminent involvement in hostilities is clearly indicated by the circumstances, and to the continued use of such forces in hostilities or in such situations.”

In the preceding congressional debates, Senator Hubert Humphrey put it more bluntly. “When a president initiates a war,” he told his colleagues. “He is taking away a power from the Congress. His act is unconstitutional. He is breaking the law.”

It does seem to be true that the framers of the U.S. constitution, for all their faults, boldly placed unprecedented constraints on executive war-making. Their broad motivations were nicely distilled by John Jay in Federalist No.4: “Absolute monarchs will often make war when their nations are to get nothing by it, but for the purposes and objects merely personal, such as thirst for military glory, revenge for personal affronts, ambition, or private compacts to aggrandize or support their particular families or partisans.”

Although the framers gave the president the impressive job title of “commander-in-chief,” and Alexander Hamilton eloquently expressed the need for a nimble and effective executive branch, the core powers to “declare war,” “raise and support Armies,” “provide and maintain a Navy,” and “make Rules for the Government and Regulation of the land and naval Forces” were explicitly vested in Congress.

After the calamity of Vietnam, the War Powers Act promised to restore this constitutional balance.

Yet, you don’t need a degree in constitutional law to notice that things have since panned out rather differently.

From brief military adventures in Grenada and Panama to massive aerial bombardments of the former Yugoslavia and the abject destruction of Libya, successive presidents have rarely wasted their time on Capitol Hill asking for a rubber-stamp.

Some, like George W. Bush, have embraced an extreme vision of their office’s “inherent” powers. Others, like Clinton and Obama, have put a little more effort into legal arguments. In the end, however, they have all been content to treat Congress as an afterthought.

The War Powers Resolution is rarely blamed for this constitutional mutation. To be sure, presidential contempt, cynical redefinitions of “hostilities,” and more drastic legislative delegations, such as

However, the War Powers Resolution still contains some clearly defective features. Once we read beyond the high-minded preamble, we find less potent words like “consultation” and “reporting.” Here, we can also see the resolution’s fundamental flaw: It lets the president move first.

Yes, he must explain his actions to congressional leaders within 48 hours (a requirement that even Trump could meet), and he is supposed to withdraw any commitments of American troops after 60 days without affirmative congressional approval. (Although, in an Orwellian caveat, the president is allowed 30 more days if he or she “determines and certifies to the Congress in writing that unavoidable military necessity respecting the safety of United States Armed Forces requires the continued use of such armed forces in the course of bringing about a prompt removal of such forces.”)

But, by then, we’re already at war. And war usually means an emboldened president, supine media, and hesitant judiciary. Once it starts, it’s hard to stop — even if popular support is lukewarm. Witness Vietnam, Afghanistan, and Iraq, among other protracted catastrophes.

Of course, we cannot forget to throw some share of scorn toward the people elected to Congress who have allowed us to arrive at this point. Until very recently, their persistent failure to make use of the War Powers Resolution embodied their cowardice and negligence.

Do we need a new, stronger War Powers Resolution? If by this we mean another sweeping restatement of congressional authority over foreign policy, I think the answer is no.

To begin with, it would be almost impossible for the House and the Senate to pass something that is both veto-proof and forceful. More importantly, Congress doesn’t need such a resolution to rein in a rogue, belligerent president. The authority for this is already stated — rather more simply and concretely — in the constitution itself.

Apart from the war declaration clause, which has receded in relevance along with the global decline of formal war declarations, Congress retains its most direct constitutional instrument: money.

As Julian Zelizer points out, the efforts of the Nixon and Ford Administrations to prolong and extend the war in Vietnam were scuttled by repeated denials of funding in the early 1970s. The “power of the purse” was used reactively and belatedly in this context, but there’s no good reason why it shouldn’t be deployed preemptively, as a credible warning to a president contemplating unilateral military action.

Congress can also investigate: a tool not derived from the constitutional text, but well-established through practice and precedent. The power to compel public testimony under oath and demand crucial documents can be remarkably effective, as demonstrated in wide-ranging hearings exposing misconduct by the nation’s intelligence agencies in 1975. Although the Republican Benghazi investigation also reflects the potential for farcical partisanship, tough questioning, aired on television, can at least make the president’s underlings answer for their actions.

There are some indications now that Democrats want to substitute more concrete tools for feel-good gestures like the War Powers Resolution. We can only hope that this isn’t happening too late.