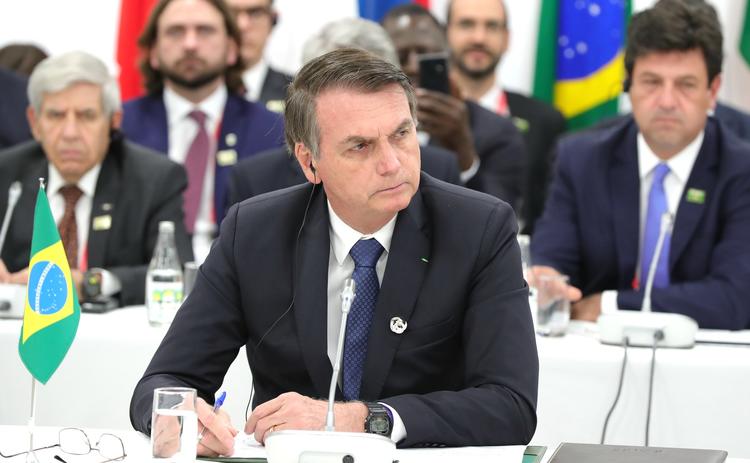 Sao Paulo (Special to Informed Comment) – Recently, after the American military action that killed Iranian General Qassem Soleimani in Bagdad, Brazilian President Jair Bolsonaro said that “Brazil supports any action against terrorism around the world, and so should the entire international community”, and also that “the country has absolutely no intentions to take advantage of the current situation”. He didn’t want to tell the press what he and President Trump talked about on their most recent phone call, though, but claimed that “Brazil is by the United States’ side no matter what”.

President Bolsonaro has already criticised both Iran and the dead general before, yet specialists say Brazil is unlikely to take any sides in an eventual war, at least in the initial stage. In Bagdad, the Brazilian Embassy has issued a note saying that any trips to the country should be suspended, regarding the current situation of uncertainties and speculations, and that it is strongly recommended that any Brazilian citizens living or visiting Iraq should immediately leave the country.

Roberto Castello Branco, President of Brazil’s largest oil company, Petrobras, is very worried about the higher oil prices but, as he declared in a recent interview, he and President Bolsonaro have had a brief talk about the issue and decided not to interfere in the oil pricing for now; there is also a major reunion scheduled for the next Monday, in which all ministers and advisors should be present to avail the situation in Tehran, and whether or not the government should consider interfering in the oil industry, one of the largest ones in Brazil. They should also discuss ways to help reduce the tension between the United States and Iran, seeing as President Bolsonaro declares he is “very close” to President Trump and that the American leader “actually listens to what he says”.

Several Brazilian deputies have gone to their social media pages to make an appeal for peace, or at least for Brazil not to get involved in the situation. Senator Nelsinho Tad, President of the Senate’s International Relations Commission, has made a speech last Friday reminding his fellow Senators that Brazil “is, and always has been, a peace-loving country, and it’s best that we not get involved [in the Iran situation]”. Senator Tad even went as far as saying that President Bolsonaro should not “make any comments about it”, afraid that it might hurt Brazil’s relations with Iran, though Mr. Bolsonaro’s incapacity of staying quiet regarding any world event is widely known within the Brazilian people and the international media.

Finally, it remains to be seen whether the situation between the United States, Iran and both countries’ allies is going to escalate or if diplomacy (something that has been quite forgotten lately) is going to be put into action by one of the two sides soon.