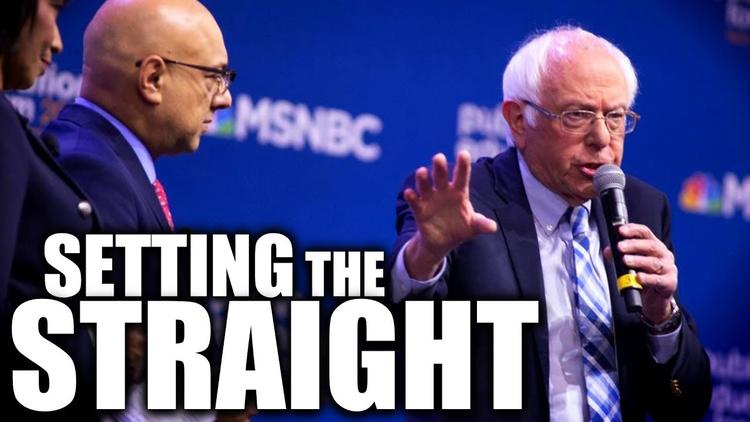 (Special to Informed Comment) – Some developments in this campaign have been predictable. Once Senators Sanders and Warren had expressed support for free post secondary education it was inevitable that other candidates would have to jump in. College costs have grown rapidly in recent years and the jobs that colleges promise—when available at all—have failed to offer wages that keep pace. These concerns are especially troublesome for the centrist neoliberal politicians, Bouttigieg and Biden especially. Since the days of NAFTA they have advocated education as the primary tool to redress the shocking inequality in our society. The neoliberal conundrum is made worse by laws that forbid bankruptcy discharge of student debt even as bankruptcy is a major tool of manipulative merger and acquisition strategies in financial markets.

Debt for education loans has become an albatross around the necks of a whole generation. There is, however, another side to this debt equation. School debt is an enormously profitable source of federally subsidized profits for major financial institutions.

The dilemma for the so called centrists is how to respond—or seem to respond—to the fiscal worries of young adults while still leaving considerable room for financial industry profits. If this sounds familiar it is because neoliberal healthcare policy—the ACA in particular—has the same goal.

B resorts to a favorite centrist approach. Buttigieg argues that it is unfair to tax working and middle class parents to pay tuition for rich kids. He would cut off full benefits at 100,000. Though this seems on the surface to be genuinely egalitarian it has several flaws suggested by previous experiments in federal generosity. Economist Dean Baker points out that verification of income levels is not as straightforward as it seems. Families will have considerable incentives to game the system and bureaucrats will need to screen carefully. A whole new industry of private game coaches may spring up, and private finance will still have a role. All of which is not only inefficient but also takes away some of the legitimacy of the program.

As with any federal program in a nation that purports to fear government the legitimacy issue looms large. Programs that benefit the entire body politic have won widespread acceptance. Some senior citizens are so enamored of Medicare as to regard it as not even a government program. On the other hand TANF, once the so called welfare, has been so unpopular as to have bread a whole mythology of the welfare queen and her Cadillac. A means tested college grant program would breed its own resentments. $100,000 is an arbitrary cutoff, and families with two kids in school and earning 160,000 would wonder why they are left out and might come to resent the program and its beneficiaries. Cuts in those programs would then become the agenda of the day. In the US, where the poor have always been treated with suspicion or outright contempt, programs for the poor become poor programs.

A free college and technical school program, like all government expenditures can be financed by deficits or progressive taxation if resources have become too scarce. But depriving the wealthy of this benefit is ethically questionable and is bad politics. An educated citizenry is one of the bulwarks of democracy. The degree of socioeconomic inequality in a society is a separate issue best addressed through taxation, labor reform, and corporate structure. In addition, advocates of free college want and need upper middle class professionals on their side, not resenting their being left out of the benefit. The smarter among them know such programs are a form of insurance. If one’s income plummets the kids’ education need not be terminated. Free education might then join Social Security as an automatic stabilizer of family and national income. Something we cannot gain with a parsimonious means tested program.

The success of a program like this can also cast a halo effect. Government is seen as doing something right. And when a program is not means tested it is easier to regulate and qualify for. No endless paper work. Means tested programs like the ACA give government programs a bad name because of the demands they make on participants and the bureaucracy needed to administer them. This is one of the reasons neoliberal “centrists” so strongly oppose universal programs. Progressives shouldn’t join them in that mistake.