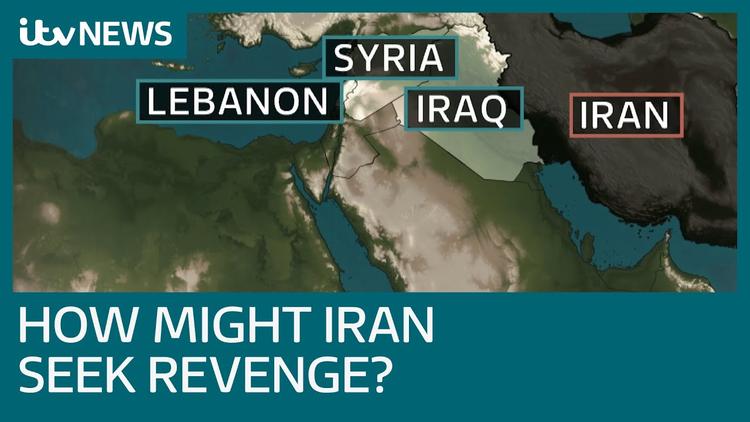 ( Middle East Monitor ) – The most plausible reason why President Trump ordered the assassination of the Iranian general commander of the Islamic Revolutionary Guard Corps, Qassem Soleimani, is to shift attention away from the ongoing impeachment process in the US media. Soleimani and the commander of the Kata’ib Hezbollah militia in Iraq, Abu Mahdi Al-Muhandis, were killed by a US airstrike in Iraq on 2 January 2020. Soleimani was a senior member of the Iranian government and a trusted member of the internal circle of the supreme leader of Iran, Ayatollah Ali Khamenei. He was regarded as the second most powerful figure in Iran. The assassination of Soleimani is, therefore, undoubtedly a direct attack on Iran; it is tantamount to killing a ‘national defense minister of a country’. Iran has vowed to retaliate.

His work and path will not cease, and severe revenge awaits those criminals who have tainted their filthy hands with his blood and the blood of the other martyrs.

The assassination of Soleimani comes at the time where there is widespread dissatisfaction regarding Iran’s involvement in the domestic affairs of Iraq. In November 2019, Iraqi protestors torched Iranian consulates in Najaf and Karbala, in response to “Iran’s meddling in Iraqi politics.” Furthermore, following weeks of protests prime minister of Iraq, Adel Abdul Mahdi, who is regarded as being close to Iran, was forced to resign at the start of December 2019. The political leadership inside Iraq, including Shia leadership in the country, has since issued rather lukewarm statements following the assassination. Muqtada Al-Sadr, one of Iraq’s most powerful Shia clerics, condemned the killing and called for the “protection of Iraq”.

Muqtada’s statement has been interpreted as a “call not to import foreign feuds to Iraq.” Iraq’s top Shia cleric, Grand Ayatollah Ali Al-Sistani, has called for a peaceful resolution of the current situation. Hezbollah’s leader, Hassan Nasrallah, on the other hand, has proclaimed: “Meting out the appropriate punishment to these criminal assassins will be the responsibility and task of all resistance fighters worldwide.” The unmatched statements by Shia leadership inside Iraq differ hugely to those of Iran and Hezbollah. The difference is indicative of intra-Shia political differences on Iran in the region. The question is, however, to what extent has this difference emboldened Trump to carry out these assassinations?

Iran has vowed harsh revenge. Yet, will Iran match this rhetoric with action this time? The geographical and logistical odds render it impossible for Iran to attack mainland US. However, Iran could target US’s installations, interests and citizens currently outside the homeland. Iran is most likely to use its proxies in the region, and other parts of the world, in this regard. Hezbollah is perhaps most likely to act, judging by the statement the organisation issued following the assassination of Soleimani. However, Hezbollah will have to make careful political decision before acting. Firstly, there are ongoing protests in Lebanon calling for economic reforms in the country. Any actions against US’s interests in the country and/or Israel, for that matter, could further exacerbate the economic situation in Lebanon. Simply put, Lebanon has no appetite and cannot afford another war at the moment.

Therefore, notwithstanding what Hezbollah has declared, it is unlikely that it will directly respond on behalf of Iran on this occasion. Regarding the Houthis, another known Iranian proxy in the region, they are unlikely to react. The Houthis are in the process of negotiating a political truce and trying to normalise the situation in Yemen, after years of devastating war. They are doubtful to restart another war with the US allies in the region. They have many pressing humanitarian and economic hardships that need immediate attention, over avenging Iran at this point. The reaction is most likely to be carried out by Iran itself, inside Iraq. Iraq is the second largest oil producer in the world.

Therefore, Iran could carry out certain attacks on oil installations inside Iraq, in order to disturb the global oil supply. The attacks on key oil installations could impact on oil prices, and subsequently, the global economy. Iran could also attack soft US targets, such as embassies and US companies in the region. Regarding a possible attack on Israel, it could be the worst decision for Iran. Attacking Israel could only benefit prime minister, Benjamin Netanyahu, who is currently fighting for his political career.

Consequently, Iran has very little retaliating options which could commensurate a figure like Soleimani; the inability to avenge the assassination of Soleimani will indeed prove to be embarrassing for Iran.