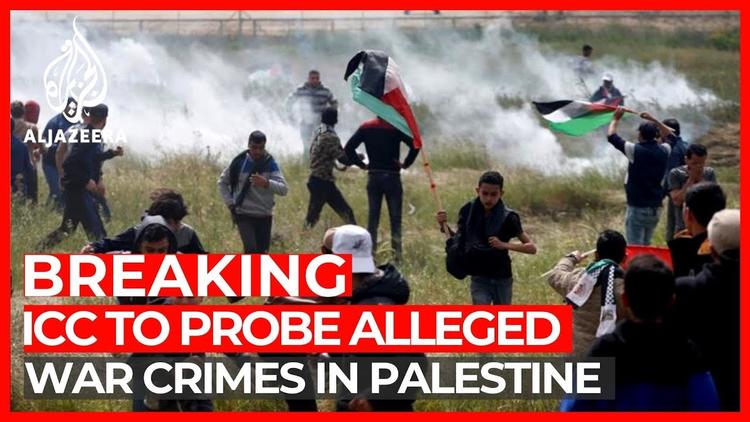 (Middle East Monitor ) – At a talk I delivered in Northern England in March 2018, I proposed that the best response to falsified accusations of antisemitism, which are often lobbed against pro-Palestinian communities and intellectuals everywhere, is to draw even closer to the Palestinian narrative.

In fact, my proposal was not meant to be a sentimental response in any way.

“Reclaiming the Palestinian narrative” has been the main theme in most of my public speeches and writings in recent years. All of my books, much of my academic studies and research have largely focused on positioning the Palestinian people – their rights, their history, their culture, and their political aspirations – at the very core of any genuine understanding of the Palestinian struggle, against Israeli colonialism and apartheid.

True, there was nothing particularly special about my talk in Northern England. I had already delivered a version of that speech in other parts of the UK, Europe and elsewhere. But what made that event memorable is a conversation I had with a passionate activist, who introduced himself as an advisor to the office of the head of the British Labour Party, Jeremy Corbyn.

Although the activist agreed with me regarding the need to embrace the Palestinian narrative, he insisted that the best way for Corbyn to deflect anti-Semitic accusations, which have dogged his leadership since day one, is for Labour to issue a sweeping and decisive condemnation of antisemitism, so that Corbyn may silence his critics and he is finally able to focus on the pressing subject of Palestinian rights.

I was doubtful. I explained to the animated and self-assured activist that Zionist manipulation and misuse of antisemitism is a phenomenon that has preceded Corbyn by many decades, and will always be there as long as the Israeli government finds the need to distract from its war crimes against Palestinians and to crush pro-Palestinian solidarity worldwide.

I explained to him that while anti-Jewish racism is a real phenomenon that must be confronted, “antisemitism” as defined by Israel and its Zionist allies is not a moral question that is meant to be solved by a press release, no matter how strongly-worded. Rather, it is a smokescreen, with the ultimate aim is of distracting from the real conversation, that being the crimes of military occupation, racism, and apartheid in Palestine.

In other words, no amount of talking, debating or defending oneself can possibly convince the Zionists that demanding an end to the Israeli military occupation in Palestine or the dismantling of the Israeli apartheid regime, or genuine criticism of the policies of Israel’s right-wing government are not, in fact, acts of antisemitism.

Alas, the activist insisted that a strong statement that would clarify Labour’s position on antisemitism would finally absolve Corbyn and protect his legacy against the undeserved smearing.

The rest is history. Labour went into a witch-hunt, to catch the “true” anti-Semites among its members. The unprecedented purge has reached many good people who have dedicated years in serving their communities and defending human rights in Palestine and elsewhere.

The statement to end all statements was followed by many others. Numerous articles and arguments were written and made in defense of Corbyn. To no avail. Only few days before Labour lost the general election in December, the Simon Wiesenthal Center named Corbyn, one of Britain’s most sincere and well-intentioned leaders in the modern era, as the “top anti-Semite of 2019”. So much for engaging the Zionists.

It doesn’t matter whether Corbyn’s party lost the elections in part because of Zionist smearing and unfounded anti-Semitic accusations. What, for me, as a Palestinian intellectual who has hoped that Corbyn’s leadership will constitute a paradigm shift regarding the country’s attitude towards Israel and Palestine truly matters, is the fact that the Zionists have indeed succeeded in keeping the conversation focused on Israeli priorities and Zionist sensibilities. It saddens me that while Palestine should have occupied the center stage, at least during Corbyn’s leadership years, it was still marginalized as if solidarity with Palestine has become a political liability to anyone hoping to win an election, not just in the UK but anywhere in the West as well.

I find it puzzling, indeed disturbing, that Israel, directly or otherwise, is able to determine the nature of any discussion on Palestine in the West, not only within typical mainstream platforms but within pro-Palestinians circles as well. For example, I have heard repeatedly, activists questioning whether the one-state solution is at all possible because “Israel simply would never accept it”.

I often challenge my audiences to base their solidarity with Palestine on real love, support, and admiration for the Palestinian people, for their history, their anti-colonial struggle, and the thousands of heroes and heroines who have sacrificed their own lives so that their people may live in freedom.

How many of us can name Palestine’s top poets, artists, feminists, football players, singers, and historians? How familiar are we, really, with Palestinian geography, the intricacies of its politics, and the richness of its culture?

Even in platforms that are sympathetic to the Palestinian struggle, there is an inherent fear that such sympathy could be misconstrued as antisemitism to the extent that Palestinian voices are often neglected, if not at all supplanted with anti-Zionist Jewish voices. I see this happening quite often, and it is becoming a common occurrence even within Middle Eastern media that supposedly champions the Palestinian cause.

This phenomenon is largely linked to Palestine and Palestine only. While the anti-apartheid struggle in South Africa and the civil rights struggle in the United States – as was the case of many genuine anti-colonial liberation movements around the world – have strategically used intersectionality to link with other groups, locally, nationally or internationally, the movements themselves relied on black voices as true representatives of their peoples’ struggles.

Historically, Palestinians haven’t always been marginalized within their own discourse. Once upon a time, the Palestine Liberation Organisation (PLO), despite of its many shortcomings and mistakes, provided unified Palestinian political discourse which served as a litmus test for any individual, group or government regarding their position on Palestinian rights and freedom.

However, BDS is yet to yield a centralised political strategy that communicated through a democratically elected Palestinian body. As long as the PLO persists in its inertia, and without a truly democratic alternative, the crisis of the Palestinian political discourse is likely to continue.

Concurrently, the Zionists must not be allowed to determine the nature of our solidarity with the Palestinian people. While true Palestinian solidarity requires the complete rejection of all forms of racism, including antisemitism, the pro-Israel camp must be sidelined entirely from any conversation pertaining to the values and morality of what it means to be “pro-Palestine”.

To be anti-Zionist is not the same as being pro-Palestine, the former emanating from the rejection of racist, Zionist ideas and the latter indicating real connection and bond with Palestine and her people.

To be pro-Palestine is also to respect the centrality of the Palestinian voice, because without the Palestinian narrative there can be no real or meaningful solidarity, and because, ultimately it will be the Palestinian people who will liberate themselves.

“I am not a liberator,” once said the iconic South American revolutionary Ernesto Che Guevara. “Liberators do not exist. The people liberate themselves”.