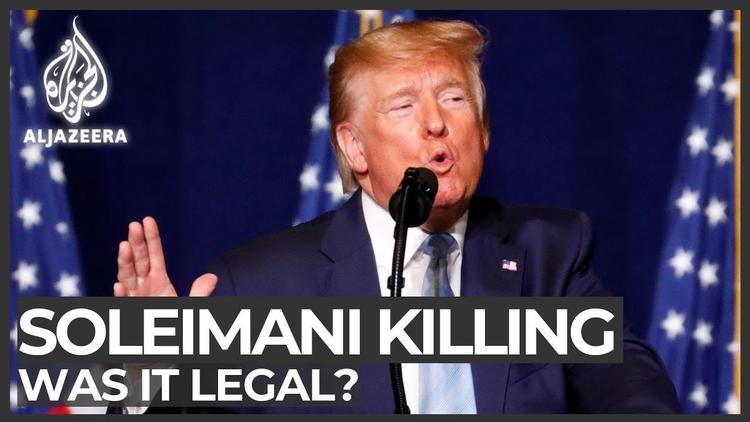 (48Hills.org) – Reese Erlich, who has reported from the region for 20 years, sorts out the impact of Trump’s drone attack that killed a popular Iranian general.

On Jan. 2 a US drone fired a missile on a car caravan leaving the Baghdad airport, killing Iranian Major General Qassem Suleimani and leaders of Iraqi militia groups. The Trump administration claims the attack eliminated terrorists planning attacks on US forces. But many Iraqis and Iranians consider it an act of war. Who is Suleimani and what impact will his assassination have on the region? 48 Hills talked with Reese Erlich, author of our Foreign Correspondent column, who has reported from Iran and Iraq for 20 years.

48 Hills: Who was Qassem Suleimani and why is his assassination significant?

Erlich: Suleimani was a top leader in Iran’s Revolutionary Guard and headed up the Quds Force, Iran’s elite troops fighting in Syria, Iraq, and elsewhere in the region. He played an important political role, for example, recently negotiating with Iraqi political parties to select a new prime minister. The US claims he was responsible for killing US soldiers during the 2003 Iraq War. 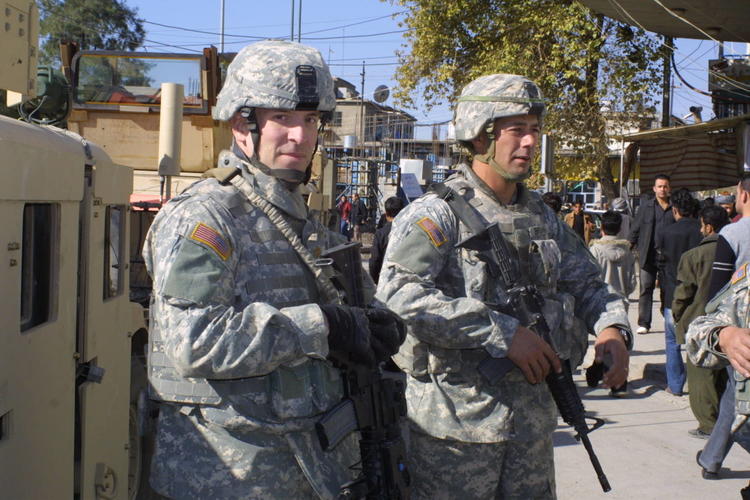 Suleimani was extremely popular at home, enjoying a 83 percent approval rating within Iran. It’s as if Iran had assassinated Eisenhower during World War II. The Iranians will almost surely retaliate.

48 Hills: What form will that retaliation take?

RE: I don’t have a crystal ball, but we can see what Iran and its allies have done recently. We may see more large demonstrations against the US Embassy in Baghdad, attacks on US-allied shipping in the Persian Gulf and/or assaults on US forces in the region. Ironically, before the most recent US attacks, tens of thousands of Iraqis were demonstrating against Iran’s presence in Iraq. In November, protestors even burned the Iranian consulate in Najaf, Iraq. Recent Trump administration actions, however, have swung Iraqi popular opinion against the US, and the anti-Iran demonstrations have stopped.

48 Hills: Is the recent attack an example of “Wag the Dog,” in which Trump seeks a war in order to divert attention from his impeachment and the 2020 elections?

RE: In the days ahead, we’ll learn more about the internal discussions in the White House leading to the attacks. Trump undoubtedly hopes to rally the country round the flag in his new offensive against “terrorism.” But the current actions are also the logical outcome of Trump’s maximum pressure campaign against Iran launched in 2017. Since Iran hasn’t buckled under unilateral US sanctions, military action is the next logical step for him. Ultimately, it doesn’t matter about Trump’s intentions. His actions are illegal under international law and a disaster for the people of the US and the Middle East.

48 Hills: Who are the “Iranian backed militias,” which Washington blames for attacking US troops?

RE: From 2003-2011, the Pentagon spent billions of dollars training the Iraqi Army. But when the Islamic State attacked Iraq in 2014, the US-trained army collapsed. With ISIS approaching Baghdad, the call went out to form self-defense groups. Iran, with ISIS also approaching its borders in northeastern Iraq, armed and trained some of these militias. The various armed groups later formed the Popular Mobilization Units and formally affiliated with the Iraqi Army. Today the Iraqi government pays their salaries and provides them with ranks equivalent to the Army.

In response to US economic warfare against Iran, its allies in Iraq launched mortars and rockets at several bases billeting US soldiers. Then on Dec. 29, the Pentagon bombed the base camp of one militia, Kataib Hezbollah, claiming the group was controlled by Iran. Kataib Hezbollah is also a unit of the Iraqi Army.

Just prior to the Dec. 29 bombing, which killed 19 and wounded 35, the Trump administration consulted with the leaders of Saudi Arabia, United Arab Emirates and Israel–but not Iraq. Understandably, Iraqis across the political spectrum criticized the bombing and assassination of Suleimani as a violation of Iraqi sovereignty. The US seems intent on fighting Iran on Iraqi soil.

48 Hills: Does Iran pose a danger to US national interests?

RE: Iran’s government is a right-wing, religious-based regime that represses its own people. It seeks regional influence, mainly in countries with large Shia populations such as Iraq, Lebanon, Yemen and Bahrain, but also Syria. Washington cares little about human rights violations in Iran or anywhere else. It wants to reestablish a pro-US regime in Iran that will allow US oil companies to once again dominate the economy. The people of the US have no national interest in protecting oil company profits. Recent events have shown that people in the region don’t want to be dominated by any foreign power, whether the US or Iran.

Reprinted with author’s permission from 48Hills.org