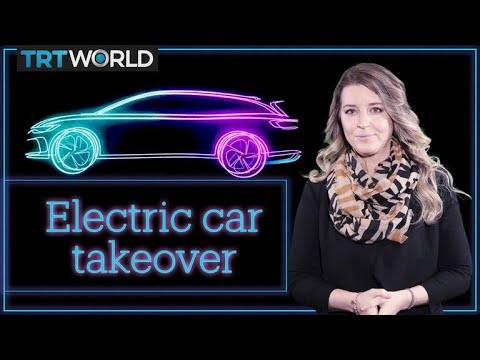 The UK government recently pledged to bring forward a ban on new diesel and petrol car sales from 2040, to 2035. The move surprised some, but perhaps most surprising was the confirmation that the ban will also include hybrid vehicles, which use a combustion engine running on fossil fuel and an electric battery pack.

You might have taken the noise and fumes for granted at roadsides, but the ban would mean that petrol and diesel fuel is eliminated from new passenger vehicles within 15 years. This would have obvious benefits for reducing carbon emissions and improving air quality, but there are significant obstacles for the UK’s car industry to overcome in the meantime.

In 2019, only 1.6% of new passenger vehicles sold were electric vehicles, but they will need to form the majority of sales from 2035. So how can the next decade and a half set Britain on track for zero-carbon car travel?

When it comes to designing and building petrol and diesel powered vehicles, the UK has a wealth of talent and expertise. In 2018, the UK produced 2.72 million engines and was the fourth largest car manufacturing country in the EU by total vehicles produced.

If the UK is to retain or grow this £82 billion industry in 2035, much of the existing workforce will need to be retrained in making electric vehicles. A wave of engineering graduates with expertise in electric and autonomous vehicles will also be needed to develop the next generation of electric vehicles.

The good news is that universities and start-ups in the UK are behind world-leading research into new battery technologies. There’s more than one way to power an electric car, and these batteries come in a dizzying variety, from solid-state electrolyte batteries, low cost sodium-ion batteries, and lithium-air batteries which can store much more energy than conventional lithium-ion batteries.

The government is investing £274 million in battery research and manufacturing over four years through the Faraday Challenge. But investment will have to continue well after that to ensure these technologies make the difficult transition from prototype to mass production.

All those electric vehicles will need charging points too, and their increased electricity demand on the national grid will need to be met by renewables. That could amount to over 80 terawatt hours (TWh) – increasing demand by a quarter. New solar farms and wind turbines will need to be built, along with new power lines, substations and rapid charging networks to distribute the electricity. If all of this is to be in place by 2035, action and investment is needed almost immediately.

Many electric cars run on lithium-ion batteries, which start to age and lose the amount of electricity they can store from the moment they’re made. This is not so much of a problem in our phones, which have small batteries and are replaced every few years. But when it comes to electric vehicles, the battery pack is typically the most expensive part of the vehicle.

In 2017, the average lifetime of an electric vehicle battery pack was eight years, and only 10-50% of it could be recycled. Targets for 2035 are to have battery packs that last 15 years and are 95% recyclable. Researchers will need to improve the design of these batteries and the cars themselves to achieve this, while the government will have to build facilities that can recycle batteries, separating the raw materials – lithium, cobalt, nickel and carbon – so that they can be reused in the next generation of batteries.

Battery electric vehicles aren’t the only solution. Hydrogen fuel cells combine hydrogen and oxygen from the air to produce water, generating electricity. If the hydrogen fuel is produced through electrolysis using renewable energy, then the process can have net zero CO₂ emissions.

Hydrogen fuels cells are less energy efficient than batteries, but the compressed hydrogen tank can be refuelled in less than five minutes and in a similar way to refuelling a petrol or diesel car. This makes hydrogen ideal for vehicles that undertake repeated long-distance journeys and are currently limited by the range and charging times of battery vehicles, such as taxis and transit vans.

Lorries and buses aren’t covered in the 2035 ban, but hydrogen is also an ideal alternative fuel for them. London has eight hydrogen buses, but there are just 17 hydrogen refuelling stations in the UK, compared with 15,000 electric vehicle charging points. A hydrogen refuelling network is urgently needed to help decarbonise the parts of the UK’s transport network that is hard for electric vehicles to reach.

The common theme across all of these points is investment. If the UK government really intends to meet its ambitious new target, then it will need to invest heavily and soon. If done right, this could reignite the automotive industry and position the UK as a world leader in electric vehicle production.

TRT World: ” The growing economy of the electric car industry”