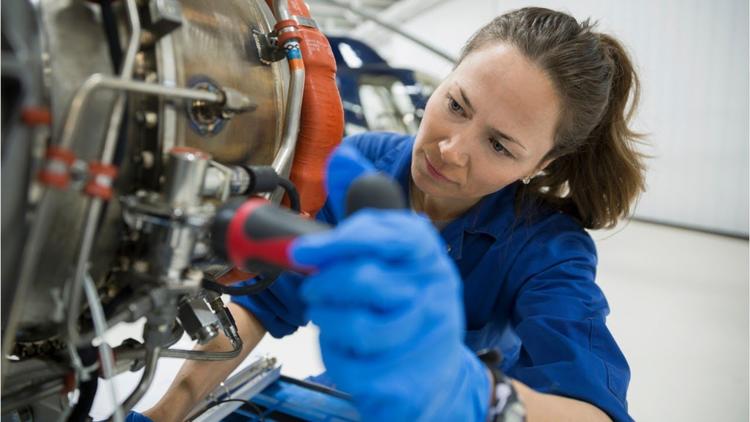 (Otherwords.org) – Trump is counting on the working class he’s betraying most aggressively. Can the left get out of affluent suburbia and back to its roots? By Peter Certo | February 5, 2020

There’s an image burned into my brain from childhood: the graffitied train tracks along the intersection of Fifth and Patterson in downtown Dayton, Ohio.

It’s a slightly shabby landscape dotted by warehouses, churches, fast food restaurants, and — at the margins — an old arthouse theater. If you look closely, you can see the building where I went to kindergarten, and maybe even the dive bar where my wife and I had our first date.

A photo of this familiar landscape greeted me recently in an unfamiliar place: at the top of a New York Times feature headlined, “How the G.O.P. Became the Party of the Left Behind.”

It followed an out of work union teamster in nearby Moraine who’d voted Democratic for years, only to shift to Republicans in the wake of plant closures that left him adrift. In 2016, the story goes, Dayton’s Montgomery County — population 530,000 — swung narrowly for Trump. It was the first time the county had gone red in nearly 30 years.

We’ve met these voters in countless articles since 2016. And they’re exactly who President Trump was pitching in his recent State of the Union address, where he boasted of “a great American comeback” and a “blue collar boom,” crediting himself generously.

Low overall unemployment means little when half of Americans now work low-wage jobs. Manufacturing remains in decline, farm bankruptcies are spiraling, and union membership just hit an all-time low. Even as 140 million Americans are poor or low-income, the administration is working relentlessly to shred Medicaid, Social Security, and the food stamp system.

Trump has little to offer this class but half-truths about the economy and hateful lies about immigrants. Still, he’s only accelerated a partisan realignment along class lines for white voters.

In the 1990s, the Times story observed, Republicans “received roughly the same share of the vote in richer and poorer counties.” Yet by 2016, the GOP “won almost twice the share of votes in the nation’s most destitute counties… than it won in the richest.”

And the Democrats? After their sweeping midterm victories, GoBankingRates.com reported, they found themselves in control of each of the 10 wealthiest U.S. congressional districts — and 41 of the top 50.

Democrats still outperform Republicans among voters making under $50,000 a year, while Republicans still dominate the $100,000-plus crowd. Yet the gaps have narrowed since 2012, as Democrats have seemingly traded many white working class voters for more affluent ones.

It speaks to the power of Trump’s nativist scapegoating that he’s accomplished this working class coup even as the GOP has embraced its most overtly plutocratic agenda ever.

Thanks to Trump and the GOP, those blue collar Moraine workers now pay higher tax rates than Trump and his fellow billionaires. Republican lawmakers made millions off the corporate tax cuts they passed, while companies like GM took their tax cuts and laid off tens of thousands of workers anyway.

These are huge vulnerabilities. Yet to date, the most visible Democratic case against Trump has focused on comparatively arcane subjects like abusing aid packages to Ukraine — an issue that plays better in affluent suburbia than in lagging Montgomery County.

As Trump made clear in his speech, he will almost certainly try to get the Democrats’ left on trade and jobs — and cover his tracks with nativist nonsense — if they let him. They shouldn’t. With the Ukraine mess ignobly disposed of in a sham Senate trial, what progressives need is a multiracial, working class-led case against the administration’s policies.

That would be a “blue collar boom” to be proud of.

Wochit Business: “US Manufacturing Is Shrinking”