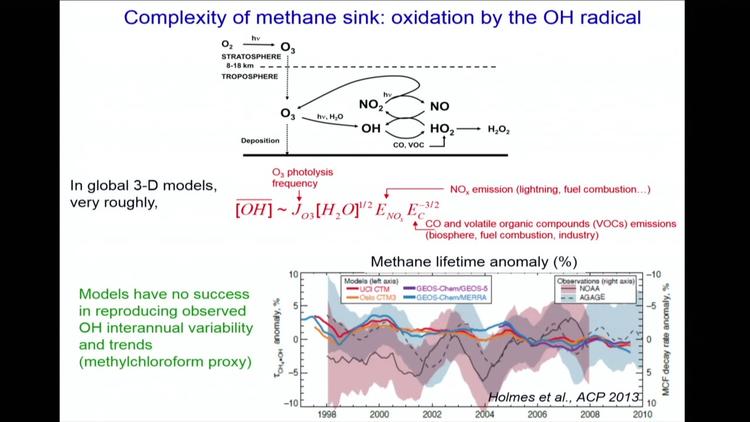 Ann Arbor (Informed Comment) – Many policy and scientific questions have the form of a Whodunnit. In what Umberto Eco called the “closed” mystery, the aftermath of a crime is described by the novelist but the identity and the motives of the killer are not known.

A big mystery is where all the methane in our atmosphere has come from. Since 1820, the average amount of methane has about doubled. Nearly 200 teragrams of methane seems to be going into the atmosphere every year. How much of that is produced by nature? Or are human activities releasing it in unusual amounts? Whodunnit?

The question is important because methane is 80 times more powerful as a heat-trapping gas than carbon dioxide (which is no slouch itself). About 25 percent of our current global heating is caused by methane.

The detective, whether a policeman (in the case of “procedurals”) or a private detective or even private individual discovers clues that point to the identity of the perpetrator and her or his motives. Where the perpetrator is the boss of the detective, that is called a noir, from the French word for black. In a noir, the Establishment itself is corrupt and the detective does not realize that his or her efforts are being thwarted by the very people who are supposed to enforce the law. Dashiell Hammett maintained that when he was working for the Pinkertons he was sent to bust a mining strike in Montana. The implication is that his bosses wanted the chief union organizer to be murdered. This incident led him to write noir. Some have doubted his story, but it seems to me that working in the Pinkertons, a private security firm of the early twentieth century, could certainly have soured a person on the probity of American institutions.

We live in a very noir world, at the moment– Trump is the ultimate noir villain.

Jonathan Watts at The Guardian explores the implications of a new scientific paper in the journal Nature. To settle whether nature routinely puts a lot of methane into the atmosphere, Benjamin Hmiel and his colleagues examined an ice core sample from 300 years ago.

Well, we’ve eliminated a murder suspect, folks. Volcanic activity and other geological processes only put 5.4 teragrams of methane into the atmosphere every year back in 1720. They just are very unlikely to be behaving any differently today. Some estimates had geology account for 60 teragrams of methane annually. It ain’t so. it is just 5.

So of the nearly 200 teragrams of methane that are put into our atmosphere every year, it is oil and gas drilling and fracking that are responsible for almost all of it.

This is a noir conclusion. It is our corrupt fossil fuel establishment that committed the crime.

Fracking or hydraulic fracturing is particularly thuggish. Another recent paper in Nature used satellite imaging to prove that “In the Permian Basin in Texas and New Mexico, methane columns showed maxima over regions with the highest natural gas production.”

So we knew that drilling for oil and then burning it in automobiles puts heat-trapping CO2 in the atmosphere and contributes the lion’s share to global heating. But now it is clear that it also releases methane. Moreover, fracked oil and gas is particularly productive of methane.

Proponents of fracked natural gas argue that it is less carbon-intensive than coal. This is true. But if it is putting out enormous amounts of methane, then its advantage over coal may dwindle. Wind and solar are much better than both of them and Scotland has shown that a modern economy can rapidly implement them if it wants to (all Scotland’s electricity consumption will be from green energy by the end of this year).

Methane, unlike carbon dioxide, doesn’t stay in the atmosphere that long. About nine years. So if we stopped putting 200 teragrams of it up there every year, by 2030 we’d reduce global heating by a quarter.

The conclusion is that we should replace fossil fuels as quickly as possible with wind and solar and geothermal.

But the other conclusion is that we should outlaw fracking immediately.