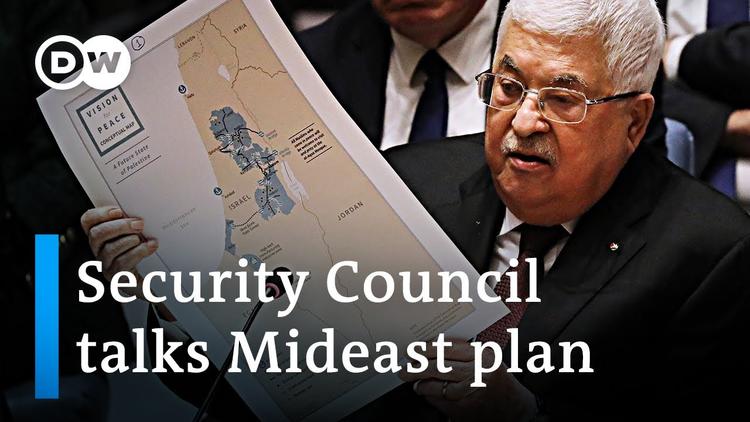 Ann Arbor (Informed Comment) – The Trump administration’s plan for Palestine is so nightmarish that Arab leaders (who rejected it out of hand at a recent Arab League meeting) are having to resort to purple prose to describe it.

Senior Saudi prince Turki al-Faisal, who served for two decades as minister of intelligence and also served as ambassador to the United States, told CNBC that the Kushner Plan “tries to make of Palestine a Frankenstein creation,” with fragments hear and there, “and generally, just a monstrous conception of a Palestinian state. Its right to its capital, Jerusalem, is stripped from it. So that takes away its heart. And its borders are undefined. And that takes away its soul. So it is not going to go very far.”

Prince Turki is anything but a radical and has worked closely with the United States. But he sees the Kushner Apartheid as monstrous.

Meanwhile, Palestine president Mahmoud Abbas addressed the United Nations Security Council on the plan on Tuesday. He said that the Kushner Plan makes Palestine into “Swiss cheese,” with scattered population centers here and there, and that it aims to “liquidate the Palestinian Cause.”

As he spoke, thousands of Palestinians gathered at Ramallah on the Palestinian West Bank for a huge rally in support of Abbas’s UN appearance and in rejection of the Kushner Plan. “Palestine,” they chanted, “is not for sale.” “No, no to the ‘Deal of the Century.” Another huge demonstration was held in Gaza City against the plan, which contains a number of provisions contravening international law and depriving Palestinians of their basic human rights.

Abbas told the 15-nation UNSC, “we will not accept the American peace plan, and will confront any attimpt to implement it on the ground. He rejected the Kushner Plan as a legitimate authority or basis for negotiations, especially since Israel immediately made plans to colonize and annex Palestinian territory as soon as it was announced.

Abbas had hoped to get a majority of the UNSC to condemn the Kushner Plan, but, James Bays at Al Jazeera says, he overplayed his weak hand by seeking a strong denunciation of the American position rather than being satisfied with a UNSC reaffirmation of its commitment to a two-state solution inside 1967 borders.

The Trump administration succeeded in forcing Tunisia to recall its ambassador to the UN over the planned condemnation of the US, since that ambassador had gone further than the country’s president was willing to go in spewing vitriol against Washington. After that, many of the rest of the UNSC members backed off supporting the resolution put forward by Palestine, and it wasn’t clear that President Abbas could get a majority to vote in favor. Germany is always afraid to be seen as anti-Israel because of its Nazi past, and Belgium and the Dominican Republic would not want to denounce the US forcefully. Russia is cultivating close ties with Israel, which has a million ex-Soviet citizens who form a potential point of soft power for Moscow in the region. Boris Johnson in the UK is anti-Palestinian. China has its own problems with Trump.

And so, the United Nations screwed the Palestinians over yet again.

Hence, the contest among Arab leaders to find the most colorful way of expressing how truly catastrophic the Kushner Apartheid is for the Palestinians and the Arab world.

The big demonstrations held against the plan in Kuwait, Sudan, Morocco, Jordan and elsewhere are probably of more political moment than these rhetorical flourishes in the anguished speeches of helpless leaders. Washington won’t have noticed, but several heads of state have been overthrown by Arab protest crowds in the past year, and people power is not dead in the region.