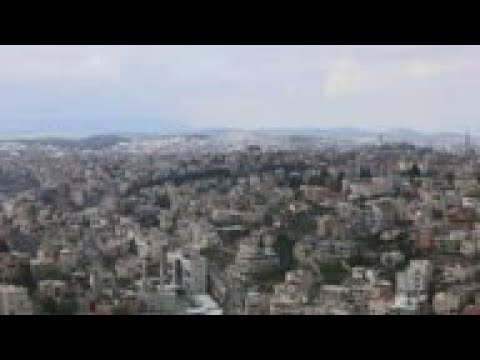 In line with the demographic goals of the Zionist occupation state, the recently announced Trump deal includes a clause to move the Triangle region in northern Palestine occupied since 1948, to be under the authority of the Palestinian Authority. This will break the concentration of Israeli-Arab citizens in this area and achieve the first step of the Zionist plans to expel the Arab minority from Israel — 20 per cent of the population — and disrupt the demography with the ultimate goal of achieving absolute Jewish dominance.

Triangle villages cover 86,487 acres in total, and the areas threatened with annexation to the PA cover around 42,000 acres, representing almost 49 per cent of the Triangle with a population of 300,000 Palestinian Arabs. The Triangle includes Arab communities in Kafr Qara, Ar’ara, Baqa al-Gharbiyye, Umm Al-Fahm, Qalansawe, Tayibe, Kafr Qasim, Kafr Bara, and Jaljulia. The area was annexed to the occupation state in 1949.

It is important to point out that the intention to expel the Arab minority from their land is not the result of the Trump deal put together with input from Israeli Prime Minister Benjamin Netanyahu; the Zionist occupation authorities have always imposed various oppressive policies and cracked down on the Palestinians to push them to leave Palestine. Between 1948 and 2020, including the period of Zionist military rule (1948-1966) imposed on all of Israel’s Palestinian citizens, the occupation authorities issued 34 laws to confiscate Arab land, whether owned by refugees in the diaspora, or belonging to owners within the occupation state. They are the “absent attendees” who live in villages and cities other than those from which they have been expelled since 1948.

For example, some of the residents of the 1948 abandoned villages now live near their villages and are prevented from returning to them. This is the case for the people of Saffuriyya, most of whom are concentrated in the city of Nazareth, and the people of Ein Hod in the district of Haifa, the pride of the Palestinian coast.

The total of absent attendee Palestinian Arabs inside the Green (1949 Armistice) Line is estimated at 270,000 as of the beginning of this year. In an attempt to Judaise the remaining lands in the possession of the Arab minority within the Green Line, the Zionist authorities have drawn up plans to Judaise the Galilee region and break the Arab population there, under various guises. These include the so-called Galilee Development Project and the Star of David Development Project. There has also been an emergence of Israeli plans to break the Arab concentration in the Negev region in the south, which covers an area of 50 per cent of historic Palestine at 27,009 square kilometres. Among these plans is the Prawer Plan, which seeks to confiscate about 197,684 acres and push the Arabs of the Negev into an area of less than 24,710 acres.

Since Netanyahu became Prime Minister, a package of laws has been passed to limit the Arab demographic connection between the Palestinian territories occupied in 1948 and the territories occupied in 1967. The occupation state has adopted several policies to try to impose Judaism, with a programme to Judaise historical Arab sites, including mosques and churches. The process of Judaisation was concentrated in the Galilee and Negev areas in the north and south of occupied Palestine respectively, with the aim of imposing the self-declared Jewishness of the state on the largest area within the historical borders of Palestine.

The risks and dangers of these Israeli laws, the issuance of which were accelerated under Netanyahu, lie in their dangerous repercussions for the existence of the Arab minority in what is now called Israel. The main challenge faced by the Arab Palestinians in the occupied territories are the policies aiming to destabilise their existence as a minority in their own homeland in order, ultimately, to expel them. Such policies include the transfer of sovereignty over the Triangle to the Palestinian Authority.

As such, it is necessary to expose the Judaisation and ethnic cleansing policies of the Zionist occupation state and the risks they pose to the state’s Arab citizens, by relying on a united Palestinian discourse. The continuation of the Arab minority’s presence in their land is a demographic and Palestinian national asset that is a clear sign of the Arab identity of the land upon which the occupying state was established. This could be a real response to Trump’s deal, which is consistent with the policies and ethnic cleansing aimed at establishing the “Jewish” nature of Israel by Judaising the land in Jerusalem, the Galilee, the Negev and the Triangle where the natural population growth is one of the highest inside the Green Line.

It remains to say that the Trump deal included previous Zionist ideas and proposals for the deportation of the Palestinians, including the idea of a comprehensive political project put forward by the late General Rehavam Ze’evi in 1988. The racist Rabbi Meir Kahane called for the storming of the city of Umm Al-Fahm to provoke and expel its residents. Furthermore, Avigdor Lieberman, the former Israeli defence minister, suggested in 2004 swapping Israeli settlements for the Arab villages and towns in the Triangle.

Far from seeing an existential threat against Israel — as the pro-Israel narrative would have us believe — the reality is that Israel itself is an existential threat to the indigenous population, the Palestinians. A united response to the ongoing ethnic cleansing of our land is needed as a matter of urgency.

AP: “Fears Israeli village will be cut off under Trump plan”