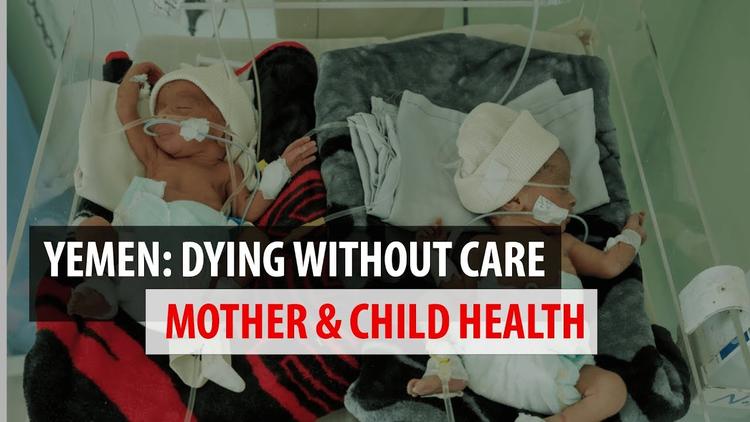 ( GlobalVoices.org) – A side but important and urgent issue throughout 2019 has come from the increasingly alarmed statements from the UN and others about the Huthis denying access to the ironically named SAFER Floating Oil Storage and Offloading (FSO) vessel. The saga of this facility is a microcosm of the conflict between the Huthis and the internationally recognised government (IRG) on access to finance prioritising it over the welfare of citizens. It is yet another example of their shocking indifference for the life and welfare of people and their lack of concern about avoidable deaths and destruction.

What is the FSO SAFER? It is a vessel which has been moored off Ras Issa in the Red Sea since 1988 and was used as an export terminal for the oil produced in Mareb. Since 2015 there have been no exports as this terminal is under Huthi control while the oil fields are under the control of the government. It contains 1.14 million barrels of crude oil in 34 storage compartments. For the past four years, it has been rusting and increasingly deteriorating, so the risk of explosion or rupturing and sinking has worsened daily. Conditions at sea accelerate the deterioration process and thus the risks.

Although there are a range of possibilities of the impact of its disintegration, due to different currents, winds and other weather factors, such an event would compare with a similar amount of oil spilled in the Arabian Gulf in 1990 at the end of the first Gulf war that produced an oil slick four inches deep covering some 4,000 square miles. The quantity of oil stored is four times what was released in the notorious 1989 Exxon Valdez disaster.

A spill would bring about a major humanitarian and environmental disaster throughout the states bordering the Red Sea, well beyond Yemen itself

Such a spill would be a major threat to the marine environment, fisheries, desalination plants in the Red Sea, and coastal areas. It would cause major health risks to the population in the entire region and possibly close access to ports, let alone the impact on the livelihoods of all. In brief it would bring about a major humanitarian and environmental disaster throughout the states bordering the Red Sea, well beyond Yemen itself.

The Huthis have asked the UN for help in assessing the situation and selling the oil; emptying the vessel would end the risks involved and prevent disaster. Each time agreement was about to be reached, discussions collapsed simply because the Huthis and the Hadi government failed to agree on the use of the funds from the sale of this oil. They prefer to risk the lives of the population and cause a major environmental disaster to losing this potential income. The result is that there is no income, Yemenis remain without salaries, and disaster could strike at any time. The issue was raised again at the January 2020 UNSC meeting, but there is no indication of action being taken. This could bring Yemen back to world headlines anytime.

Small changes in the details of the water crisis.

While the SAFER remains a potentially explosive issue, other environmental issues continue as ‘normal.’ In particular, access to domestic water supplies is mentioned in occasional media coverage, recalling that water scarcity is one of Yemen’s main long-term issues. It is usually mentioned with respect to urban supplies being unavailable due to the increased cost of fuel for pumping and distribution.

Some of these causes also apply to the 70% of the population who are rural, and the additional relevant factor for all is the quality of domestic water. As is so often the case, women and children are the worst affected as they are the ones who collect the water: much of the country, including urban areas, has now returned to the situation prevailing for the more difficult rural areas pre-war, namely women and children spending hours daily walking to collect water on their heads, in wheelbarrows or with the help of donkeys.

Women are not only waiting for agricultural pumps to be switched on, but now in the towns and cities they also wait for tanker deliveries run by private operators or humanitarian agencies, and then collect the water in 20 litre containers.

Access to water has worsened for people throughout the country

The unreliable availability of diesel affects deliveries of water and creates additional uncertainty and concern given that water is life. The multiple and unhygienic transfer processes contribute to increasing pollution of the water and consequently the additional risks to the health of users. So access to water has worsened for people throughout the country and this partly explains the increase in cholera cases, as well as of dengue fever and other mosquito transmitted diseases.

On the positive side, there are a couple of points, which hardly compensate for the additional hardship suffered. First the introduction and massive expansion of solar power has also helped in pumping limited amounts of water for domestic purposes and to a lesser extent for irrigation. Similarly the reduced financial and material accessibility to much irrigation pumping, is contributing to conserving the aquifers, but this has only very limited long-term impact on the fundamental scarcity.

As widely predicted, the climate crisis is particularly acute and noticeable in the poorest countries for the poorest people. Yemen is no exception. Here the issue of successive and nowadays frequent ‘unprecedented’ droughts and floods has accelerated since the war started. After the 2015 rapid succession of considerable destruction and damage by cyclones Chapala (Socotra and Hadramaut) and Megh (further west), the first in living memory, others have taken place almost annually, with Mekunu, Luban and Sagar in 2018, while in 2019 both expected cyclones narrowly missed Yemen, but their outlying areas caused destruction in Socotra and Hadramaut. The more erratic and violent downpours caused floods in January, May, June [affecting 12 governorates], and August.

Other less immediate impacts of the climate crisis are gradually affecting most parts of the country, as soil erosion and desertification are reducing agricultural land at a rate of about 3-5% per annum, in a country where most of the rural population are largely dependent on agriculture and only 3% of the country’s area is suitable for agricultural use. Among the other ongoing environmental issues is the increased salinity of soils and water in coastal areas due to sea water intrusion in the aquifers as well as the impact of rising sea levels in a country which has 3 of its major cities and other important towns on the coast.

Environment and the war economy

Another source of problems for the population and income for war profiteers, is the import and sale of dangerous and illegal agricultural inputs, mainly fertilizers and pest control products. Previously regulated by government, the absence of any sanitary controls at the ports has enabled unscrupulous traders to import chemicals which are banned elsewhere in the world. They buy them cheaply and sell them to farmers, thus indirectly causing major health problems for the population who consume the products, in particular fresh vegetables and fruit, as well as qat.

Fresh foods are rarely adequately washed due to the shortage of water; in any case washing would only help marginally as many of these substances have been proved to be carcinogenic. As a final point, these chemicals poison the soils and water and will affect agriculture in the future.

Conclusion: prospects for the year

Last year has, yet again, demonstrated on numerous occasions Yemeni political leaders’ and decision makers’ utter disregard and indifference to the suffering of the Yemeni population. A few of the thousands of examples have been mentioned in this series of articles. As usual, words fail anyone with any sense of human empathy to adequately condemn their behaviour. Nor is there any indication of change, regardless of how often this is repeated.

Last year has, yet again, demonstrated on numerous occasions Yemeni political leaders’ and decision makers’ utter disregard and indifference to the suffering of the Yemeni population

Politically, certain tendencies may strengthen in the course of 2020: on the Huthi side, the regime is likely to consolidate its hold on the population and may reach an agreement with Saudi Arabia over their shared border, which would leave the Saudis to deal with their new headache, the conflict in the south of the country between the Hadi government whom they support and the separatist Southern Transitional Council supported by the UAE, nominally Saudi Arabia’s ally in the coalition.

The new Huthi offensive which started in January on fronts which had remained static for the past four years suggests a determination to expand Huthi controlled territory and redirect the war away from the financial/economic war towards military action. But it also contributes to making things more difficult for the Saudis and the Hadi government, which are now under pressure not only from the STC in the South but also from the Huthis on these fronts. It may be worth noting that the military on these fronts are largely the Islahi-led troops of Vice President Ali Mohsen.

Internationally, while it is possible that Saudi Arabia may choose to involve the UN and its Special Envoy in formalising any ‘peace’ agreement reached with the Huthis, the situation may also simply remain informal with a continued drop or even end to Saudi air strikes on Yemen. Overall, the Special Envoy and his team have been effectively marginalised and play no role in the current military conflict, though the UN remains significant on the humanitarian front.

The UAE have officially withdrawn, though they retain forces in areas which they consider strategic, namely the Bab al Mandab and some positions in coastal Shabwa and Hadramaut, including the Balhaf gas terminal in Shabwa. Abu Dhabi would certainly join any formal agreement reached, but the real question is whether it is willing to allow the Hadi government to take full control of the south by withdrawing its support from the STC’s militias, essential to enable its senior ally, Saudi Arabia, to control the situation in that part of Yemen. This would require the UAE to end its ‘anything and everything against anything which might remotely look like a Muslim Brother’ strategy, and it considers the Islah as a Muslim Brotherhood organisation, ignoring its far more complex nature and composition.

Saudi success in the south will depend considerably on the willingness of the UAE to cease its support for the STC and take a wider view of the Yemeni crisis beyond the narrow anti-Muslim Brotherhood rationale which seems to be the prime motor of its foreign policy.

Meanwhile, the humanitarian situation continues to deteriorate and millions are suffering hunger, lack of medical services, polluted water or its absence, no sanitation and all the horrors of an apocalypse. ‘Normally’ by mid-February, the UN’s Humanitarian Response Plan would have been published and observers and funders alike would be planning their trip to the pledging conference in Geneva. None of this has happened.

A meeting in Brussels on 13 February involved funders who discussed the problems of distribution and diversion of aid by the Huthis and others in Yemen. The fundamental issue revolves around who controls humanitarian aid, with powerful Yemenis focusing on their own interests and ignoring the desperation of the suffering millions, while international agencies also have to face their own institutional issues.