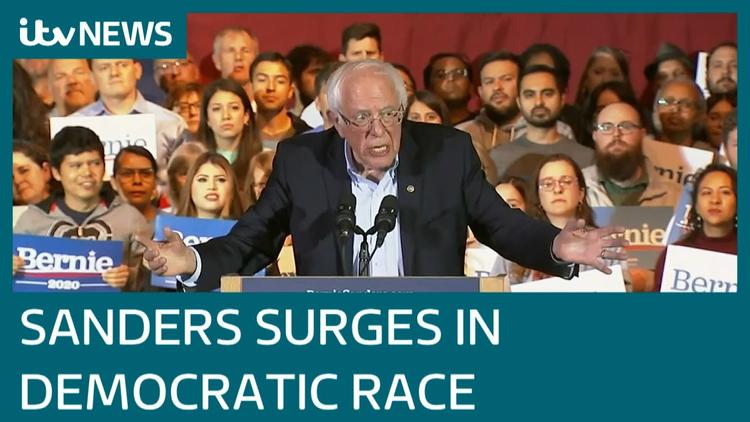 Southwest Harbor, Maine (Special to Informed Comment) – In the days leading up to the Nevada Democratic caucus media frequently referred to the “powerful” 60,000 member Culinary Workers Union. In the last quarter century instances when the words powerful and union would be used in the same sentence are all too infrequent. Nonetheless, this union has distinguished itself both by organizing across a diverse workforce and by delivering to these workers the means of a middle class life. In the process they could put to rest the neoliberal cliché that service sector jobs are inherently low wage. These jobs are low wage in most of the country because they are nonunion and/or located in communities where the minimum wage lags well behind more progressive states and municipalities.

Despite its well- deserved success, the union has left in its wake some important questions that need to be addressed if it is to become a model for broader progressive politics. As during the so- called Golden Age of American capitalism (Circa 1945-1975) workers with the generous health care packages gained those through their jobs. This may seem unexceptional, but in fact it is an accident of history. During World War II price and wage controls limited the wage gains employers could provide. One way to get around this strait jacket was to offer healthcare coverage. In some instances unions and management jointly managed health care systems or worked through other providers.

Progressive as these steps may seem they impose substantial limits. When the worker loses a job, he or she often loses coverage, and many agreements eliminate coverage in the event of a strike. In addition even the best plans are not written in stone and in an era of corporate givebacks have been often chipped away at.

Health care in the US, mediated through insurance middlemen, is costly to the corporations that provide it and a source of anxiety to its recipients. That is especially the case in an era when medicine is capable of extraordinary achievements, which also often come with great costs. So why wouldn’t most corporations support a single payer system like Medicare for All? Their cost of production would dip and they could also shed a whole arm of their business, one they are not trained or prepared for. And why did many rank and file union members disregard their leadership’s advice that they vote for any candidate other than Senator Sanders because of his long term support for Medicare for ALL?t The short answer is the strong class consciousness of the corporate elite and the emerging sense that we are all in this together on the part of many union members.

Sanders defenders have done a good job explaining that freedom of choice of one’s physicians and cost savings are better secured by Medicare For All than by any private plan. But other concerns also seem to have played a big role.

Despite leadership’s rejection of Sanders he won an overwhelming victory in Nevada and appears to have done very well in union households, Just why is well captured in this Buzzfeed article. Jennifer Medina of the New York Times reported that the leadership of Nevada’s powerful Culinary Workers Union “urged members to vote for anyone other than Sanders because of his ‘Medicare for All’ plan, including in texts this morning.”

“Many rank-and-file members of the Culinary Union voted for Sanders anyway,” Medina reported. “It looks like Sanders did well at caucuses for casino workers on the Strip.”

Monica Smith, a Culinary member since 1987 and a server at the Bellagio, told Buzzfeed that she caucused for Sanders out of concern for those without union-negotiated health insurance.

“We have so many people that have walked that picket line, blood sweat and tears, for us,” said Smith. “We’re going to be here to protect it, but I worry about other people that aren’t protected by unions. How do they get healthcare? (Quoted in Common Dreams)

If many rank and file union members are conscious of the class dimensions of this struggle the same can be said in spades for corporate management’s understanding of what is at stake. Long time union organizer Mark Dudzik puts it thus:

“Yet more than 30 years after the crisis of escalating health insurance premiums first hit the corporate radar screens, not a single major U. S. corporation has come forward to advocate for replacing employment-based health insurance with a comprehensive national healthcare system.”

Why is this? “Corporations like having healthcare linked to employment. They like having people held captive in jobs they hate for fear that they’ll lose their health coverage. They like it that, when you go on strike, you generally lose your health insurance.” This hunger for power sustains and is sustained by a clear class identity.” large corporations actually believe in class solidarity. Health industry executives serve on other corporate boards and other executives serve on their boards. The banking and financial sectors establish all kinds of interlocking relationships between various large corporations. They belong to the same country clubs and their kids go to school together. They know that the threat to put the voracious health insurance industry out of business is a threat to profiteers everywhere..”

Dudzik’s remarks remind me of the path breaking work Polish Marxist Michal Kalecki did in the mid forties on the reasons capitalists opposed full employment: “under a regime of permanent full employment, the ‘sack’ would cease to play its role as a ‘disciplinary measure. The social position of the boss would be undermined, and the self-assurance and class-consciousness of the working class would grow.

This is a struggle about more than the right to choose the private insurance plan through which we as patients will be compelled to filter our own health concerns and needs. It gives us more voice within an expanding health sphere and lifts some of the leverage enjoyed by bosses who control access to health care and therefore often life itself. Advocates of Medicare for All should make these connections—well understood by corporate capital—clear to all.