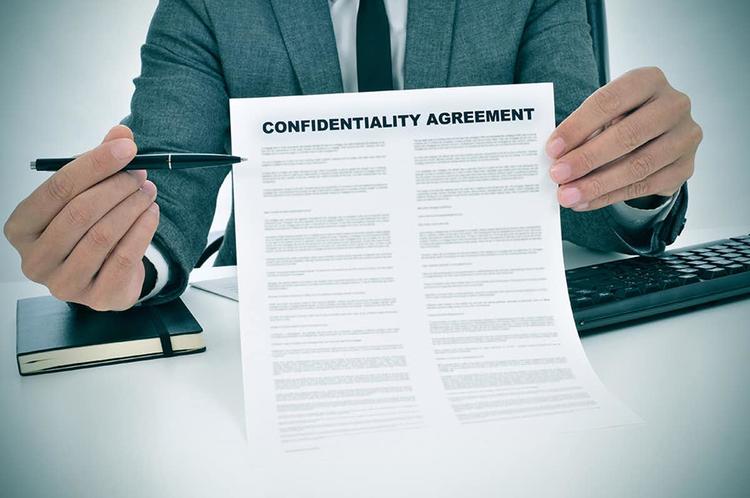 Billionaire and former New York City Mayor Michael Bloomberg received a lot of flak at the Feb. 19 Democratic debate for his refusal to release employees who sued his company from nondisclosure agreements.

He admitted to having a “few nondisclosure agreements,” after Sen. Elizabeth Warren challenged him over the issue. They are “agreements between two parties that wanted to keep it quiet and that’s up to them,” he added. “They signed those agreements, and we’ll live with it.”

These types of agreements, also known as NDAs, have been blamed for keeping women silent about sexual harassment and assault in the workplace, particularly in the #MeToo era.

Such contracts, written to keep business information or settlement terms confidential, have been targeted by state lawmakers in recent years, with varying degrees of success.

What exactly are nondisclosure agreements? And why haven’t legislatures been able to fix the problem?

Media accounts tend to refer to “nondisclosure” agreements as a generic label for any contract that requires someone to keep a secret.

But when I worked as an employment lawyer, we dealt with two different types of agreements containing nondisclosure provisions: standard confidentiality agreements, which aim to protect an employer’s business secrets; and settlement agreements, intended to resolve actual or potential legal claims.

Standard confidentiality agreements are quite common. Employers typically ask employees to sign them at the start of employment to protect the company’s research and development, trade secrets and other nonpublic information.

The problem is that an employee without legal training might believe that these agreements are more restrictive than they actually are. The contracts tend to define “confidential information” very broadly, and a worker might assume he or she can’t speak out about discrimination or harassment.

Legislatures like California have tried to address this problem by prohibiting employers from demanding confidentiality about “unlawful acts in the workplace” – like sexual harassment – as “term or condition” of employment.

This legislative approach can be effective in limiting nondisclosure provisions in standard employer agreements. Companies can comply with the statute by including a carve-out clarifying that employees are allowed to disclose harassment or other unlawful activity.

It’s an elegant legal fix. Companies can still protect their trade secrets through a standard confidentiality agreement. At the same time, the carve-out educates employees about their right to speak out or pursue legal action.

Settlement agreements are a lot less common. And they present more difficult questions when it comes to secrecy.

Settlement agreements tend to come about when an employee is leaving a job and the employer is paying him or her in exchange for waiving legal claims. They often arise if an employee has threatened to bring a lawsuit or actually filed one against the company. For example, in 2017 former Fox News host Bill O’Reilly reportedly secretly settled a sexual harassment claim by a network contributor for US$32 million.

And it would seem that at least some of the settlement agreements that Bloomberg has with the workers who have accused him or his company in the past of harassment or discrimination contain nondisclosure provisions. Of course, that doesn’t mean we can’t know anything about those cases; court filings and judicial decisions remain publicly available regardless of the terms of a settlement. But, depending on the terms of the agreement, it might prevent the plaintiff from speaking with a journalist about the lawsuit.

Thus far, states have been reluctant to impose an outright ban on nondisclosure provisions in settlement agreements, on the theory that workers might, in some cases, prefer confidentiality. As a result, they have added exceptions that allow secrecy in some circumstances.

In New York, where Bloomberg’s company is headquartered, a 2018 law limited secrecy provisions in sexual harassment settlements to situations where the plaintiff in the lawsuit prefers confidentiality and has been given 21 days to consider the deal and seven to change their minds.

In other words, the law is a speed bump to secrecy, not a stop sign.

Either way, this law applies only to contracts signed after the law went into effect. It is also limited to settlements involving “sexual harassment” claims, whereas some of the claims against Bloomberg’s company appear to arise from alleged sex and pregnancy discrimination and retaliation.

That may explain why Warren was pushing so hard for Bloomberg to release his former employees from their nondisclosure provisions: The law is not on their side. Ultimately, it’s up to Bloomberg.

This is an updated version of an article originally published on Nov. 21, 2017.