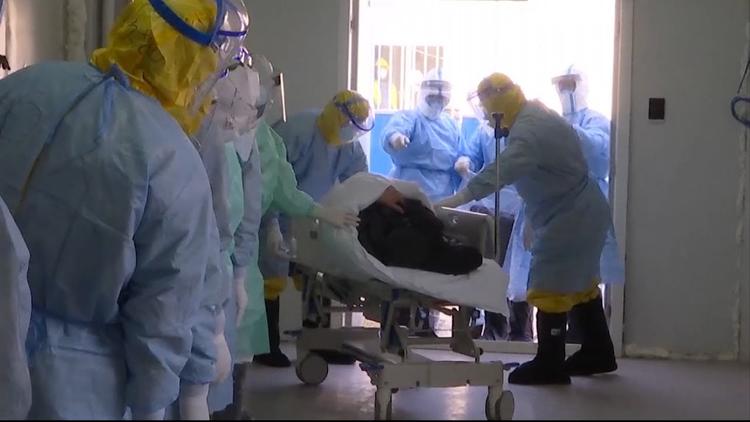 LOS ANGELES (Cronkite News) – Dozens of airlines have canceled flights to China in the wake of the novel coronavirus outbreak, but at least one Asian American traveler is skipping his summer trip to the Philippines to avoid a spreading social illness: racism.

University of Arizona sophomore Joseph Salvoro made his decision after his cousin was stopped and questioned by airport security last month while traveling from Los Angeles to New York. The cousin was asked whether he was infected with coronavirus, even though he has never been to China, where the respiratory disease arose in late December.

“People are just so ignorant that it breaks our hearts because we grow up in the United States and think we are Americans, and then the virus breaks out and now they no longer see us like that,” Salvoro said. “We are just as scared as them, too. We have the same fears and are taking the same precautions.”

From schoolyard taunts to overt avoidance of Asian Americans, current events mirror a history of racist reactions to communicable diseases, according to ASU professor Wei Li and other experts.

“It was happening during SARS and people racialized Asian Americans and during Ebola with Africans and African Americans,” said Li, who teaches Asian Pacific American studies. “Those issues are being racialized and people lump an entire group and blame them for contaminating our nation and people.”

Racial minorities from developing countries often are targeted as the source of a disease or pandemic, Li said, and although China is not a developing country, Americans often generalize it as one.

“I think we can learn from history, as a country, what we did wrong in terms of ‘yellow peril’ and of discriminating against the entire Asian American population,” she said, referring to race-based fears that led to The Chinese Exclusion Act of 1882, a law that banned Chinese immigrants. Beyond the historical precedents, many can’t distinguish between Japanese, Chinese or Thai people “so they think anyone Asian might come from China and carry the virus,” Li said.

Of the 15 confirmed coronavirus cases in the United States, one has been identified as a member of the Arizona State University community who does not live on campus.

When the case was reported, some ASU students started a petition to cancel classes, and Asian American students reported racism and xenophobia from their classmates.

ASU student Aretha Deng recalled students whispering and getting up to leave when she sat down across from them at a table on campus recently.

“An incident like that hasn’t really happened to me before, but I could tell it was because I was Asian and because of the news about how the case of ASU got out,” Deng said. “Instead of making assumptions, we should have an open conversation about it.”

Salvoro said Facebook, Twitter and other social media apps allow a public conversation that often veers toward misinformation and so-called jokes that can be harmful, spreading fear and discrimination faster than the virus.

“I’ve seen friends commenting on Facebook and they think it’s funny, but there is a chain started in it,” said Salvoro, who’s studying political science and economics.

That spread of misinformation and conspiracy theories adds to the hatred toward Asian Americans, according to Jason Oliver Chang, a University of Connecticut associate professor of Asian Pacific American studies.

“I read the issue as historically produced and contingent on a number of factors, but the association of illness with non-white bodies is an old one, unfortunately,” he said.

Some social media apps are taking precautions to stop the spread of potentially harmful information about the virus, which has affected people in more than 25 countries and has killed more than 1,000, almost all of them in China. Facebook announced it would “remove content with false claims or conspiracy theories that have been flagged by leading global health organizations and local health authorities that could cause harm to people who believe them” in a blog post on Jan. 30.

Twitter is also referring its users to credible sources, including the Centers for Disease Control and Prevention and World Health Organization, when searching for coronavirus news in the app.

Chang said racial fear associated with the coronavirus has suspended people’s good judgement, and they feel their concerns grant them license to express racially motivated conclusions without evidence.

This spread of fear cluttered Uber and Lyft Facebook groups with posts of drivers advising against picking up “Chinese” passengers, according to the Daily Beast. Uber and Lyft users of Asian descent reported drivers refusing to pick up people with Asian sounding names, according to CNBC. In response, Uber and Lyft both said they take the discrimination allegations seriously.

“People say they are just responding to their fear, but people statistically should be fearful of a great number of things that they are not discriminating against,” Chang said. “This is happening in the context of a phase of international xenophobia and the narrative of ‘foreign’ is turning into that of dangerousness.”

Under a Creative Commons License.