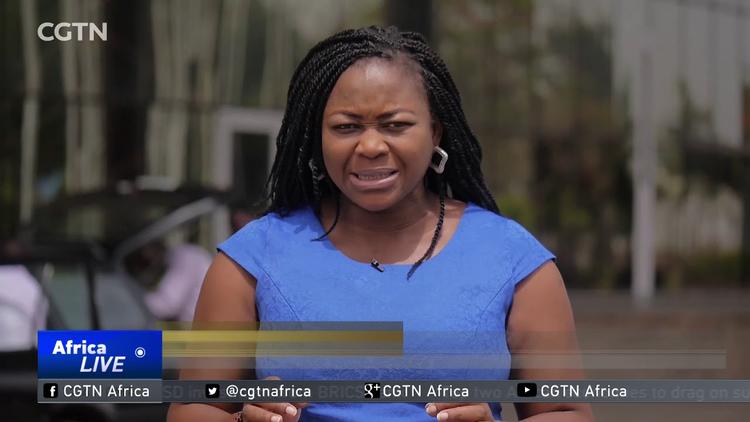 Ann Arbor (Informed Comment) – Trump and his white nationalist pet Stephen Miller have placed Nigeria on their racist visa ban. But Nigeria is not Chad, and there could be serious repercussions for the United States of slapping around Africa’s most important country.

Nigeria is Africa’s most populous country at over 200 million persons, and it is Africa’s richest country, with a nominal gross domestic product of $444 billion. It is a magnet for foreign investment, the third recipient of Foreign Direct Investment after Egypt and Ethiopia. (Egypt’s nominal GDP is only $300 bn. a year.) It is also Africa’s high tech hub and a potential center of innovation.

“Successive Administrations have described the U.S. relationship with Nigeria, Africa’s largest producer of oil and its largest economy, to be among the most important on the continent . . . The country is the United States’ second-largest trading partner in Africa and the third-largest beneficiary of U.S. foreign direct investment on the continent. Nigerians comprise the largest African diaspora group in the United States.”

“Two-way trade was over $9 billion in 2017, when U.S. investment stood at $5.8 billion. Given Nigeria’s ranking as one of Africa’s largest consumer markets and its affinity for U.S. products and American culture, opportunities for increasing U.S. exports to the country, and the broader West Africa region, are considerable.”

There are over 300,000 Nigerian-Americans. They are the most highly educated immigrant group, with more post-graduate education than any other set of immigrants. A Nigerian surgeon saved my life last year. Their family reunions have just been disrupted. There is no security issue that would justify injuring so many lives.

Nigerians spend half a billion dollars a year on education in the United States. I’d say we can kiss that money goodbye. Although the Trump regime may offer student visas, they are pretty worthless given how Trump has been summarily deporting Iranian students with valid visas. If I were a Nigerian student, I’d go to Canada or the UK or anywhere but the United States for that higher education, since you never know whether you’ll be allowed to finish the degree.

Nigerian businessmen invested $75 million in the United States in 2018, a sum that increased 25% over the previous year. Since Nigeria is an oil state with some cash around to invest, you’d think the US government would want that investment to keep on growing. But although the US will offer business visas, I think it might be hard for Nigerian investors to get over here from now on, and if I were they, I wouldn’t bother and would take my capital some place African people are welcome.

Nigeria has been traditionally one of the most important sources of imported petroleum for the United States, and US energy companies have heavily invested there.

But there’s trouble on the horizon, since the US is not the only player in town. China has gone into Nigeria in a big way.

Emily Feng wrote a little over a year ago in The Financial Times that China and Nigeria do $14 bn a year in bilateral trade. In 2018, in addition, Chinese concerns put $7 bn into Nigeria in investments and construction contracts, and these totaled $21 bn. over 2016-2018.

So China is already doing more two-way trade with Nigeria than the United States, and its direct investments are also higher. When Nigeria has a choice of an American bid and a Chinese one, which do you think it will choose, all other things being equal, given that Trump has shut Nigerians out of the United States?

China wants to expand its exports to Nigeria, as the country’s growing middle class seeks manufactured consumer goods. The US isn’t even in the top three of countries from which Nigeria imports most goods (Belgium and the Netherlands were number 2 and 3). In 2017, Nigeria imported $9.6 billion in goods from China, and in the second quarter of 2019 Chinese imports made up 25% of all goods brought into Nigeria. NIgerian buyers routinely trek off to Guangzhou to make bulk purchases, and 10,000 Nigerians are resident there.

The Chinese government and Chinese private firms are also building factories in Nigeria itself to produce for the Nigerian and African markets. As of 2019, Chinese concerns had invested $20 billion in 150 firms operating in Nigeria, with some of these entirely Chinese-owned..

In addition, the Chinese are carrying large scale infrastructure projects in Nigeria. They are building commuter railways in Abuja and Lagos, and doing rail construction projects all over the country, to the tune of $20 billion.

There are problems between China and Nigeria. There is a huge trade imbalance in China’s favor, though if push came to shove China could probably in a politic way take more Nigerian petroleum and cut down on other suppliers. Nigerians are a little worried that a lot of Chinese projects are offered in the form of loans, and there is a notorious debt trap issue with such Chinese aid and investment. These considerations should offer an opening for US investors and companies, but now many doors have been shut by Trump. Being excluded from a country on racial grounds is humiliating and inevitably affects things like trade and investment.