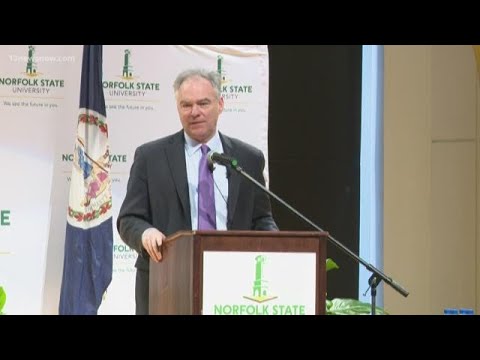 Ann Arbor (Informed Comment) – The Senate will take up a measure to forbid Trump to go to war with Iran without Congressional approval, writes Daniel Flatley at Bloomberg. Republican senators Mike Lee, Susan Collins and Rand Paul are joining with Democratic senator Tim Kaine in sponsoring the bill. With the support of those Republicans, it will pass with at least 51 votes. The vote is being held after the New Hampshire primaries so that the senators running for president, like Bernie Sanders, Amy Klobuchar and Michael Bennett, can be there to vote.

The bill was inspired by the anxiety produced when Trump abruptly droned a high-ranking Iranian general, Qasem Soleimani, to death on January 3 at Baghdad International Airport. As a result of that strike, the Iraqi parliament charged the executive branch with finding a way to have American troops leave Iraq.

Iran replied to the strike by raining missiles down on Iraqi military bases where US troops are stationed. Some 5,000 US service personnel are in Iraq, mostly as trainers of the Iraqi army, which collapsed in 2014 in the face of an ISIL invasion. Some special operations forces are helping the Iraqi and Kurdistan Regional Government militaries to mop up ISIL remnants. Most such missions appear to be in abeyance after the Trump assassination of Soleimani and a high-ranking Iraqi military commander, Abu Mahdi al-Muhandis, the head of the Kata’ib Hizbullah.

Alissa J. Rubin at the New York Times reported this week that the Iraqi military thinks the US is wrong to have blamed Kata’ib Hizbullah for attacks on a base where there were US military personnel; one such attack killed a US contractor. They point out that this base was in Kirkuk in the north, where there were no Kataib Hizbullah fighters, and where ISIL has been active in firing rockets at Iraqi bases.

My own experience of observing the US military in Iraq tells me that they are often confused between Sunni and Shiite, and don’t typically have a fine-grained sense of the social geography of the country, and I’d believe the Iraqi military’s estimation over that of Washington. This is more especially true since many Washington analysts are spoiling for a war on Iran and clearly hoped to use the allegation that Kataib Hezbollah is “Iran-backed” to push for a strike on Iran. Former US National Security Adviser John Bolton was at this game in fall of 2018, which led to the ouster of then secretary of defense James Mattis when he refused to go along.

The House has already passed its own measure to constrain Trump from going to war against Iran. Although Trump will veto the Senate bill, if it passes with a majority it will have the effect of putting him and his warhawks, such as secretary of state Mike Pompeo, on notice that Congress is watching critically.

The House last month passed two relevant bills. One would repeal the 2002 Authorization for the Use of Military Force, which targeted al-Qaeda but which has been used to justify actions against targets far beyond al-Qaeda. The other forbids funding for any war on Iran launched by Trump without Congressional approval.

While these pieces of legislation will die in Mitch McConnell’s graveyard in the Senate, they are shots across Trump’s bow.

The threat not to fund an Iran War actually does have teeth, since Congress has the power of the purse.