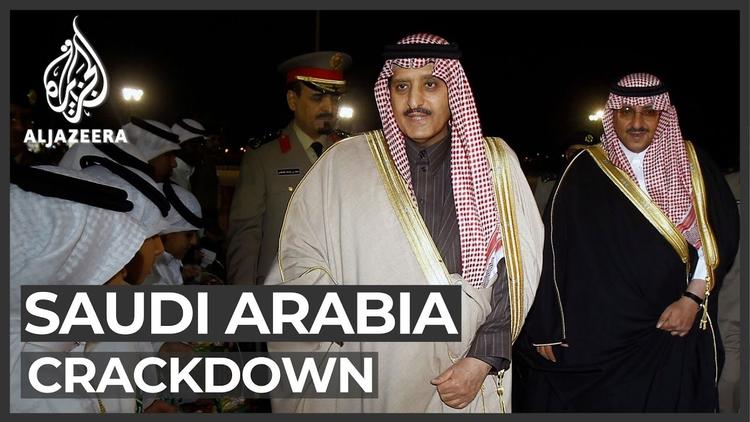 The story was first broken by The Wall Street Journal.

Bin Nayef is expected to be sentenced to life imprisonment or to be executed.

Pardon me if I find the charge of plotting to overthrow the government implausible. Bin Nayef has been under virtual house arrest for some time and his movements have been limited. It is much more likely that current crown prince Mohammed Bin Salman (MBS), son of the king, is continuing his purge of potential rival princes.

MBS is considered by US intelligence agencies to have ordered the assassination of dissident Saudi journalist Jamal Khashoggi at the Saudi consulated in Istanbul on October 2, 2018.

Saudi Arabia used to be an oligarchy with seven leading royal families, who rotated the succession among senior males. When King Salman came to the throne in 2015, he initially honored that tradition and made Mohammed Bin Nayef his crown prince. But from 2017, Salman and his aggressive son Mohammed Bin Salman have attempted to reshape the system into a British-style hereditary monarchy with primogeniture.

This change of royal system is risky, since it alienates the six royal lines now permanently excluded from the monarchy, and could have provoked a revolt of the princes. It has been necessary for Salman and his son therefore to crack down hard on any potential rival among the most powerful princes. Centralizing power also means centralizing accountability, and if things go wrong in the coming years, Salman and MBS will have difficulty escaping blame for it.

Saudi Arabia’s mammoth revenues come from massive oil exports, but with the roll-out of many lines of electric vehicles this fall, petroleum is set to become a less and less valuable commodity, and Saudi Arabia could be left with few resources and a lot of sand. There are questions about the agility of the government, and about its handling of the coronavirus outbreak (the government has cancelled out of season pilgrimages, called umra, to the holy city of Mecca).

MBN’s father, Nayef bin Abdulaziz Al Saud, had been a powerful Minister of Interior (think: Head of Homeland Security) and at one point was himself a crown prince. Bin Nayef followed in his father’s footsteps at Interior in 2012. Two years later, in 2014, Bin Nayef was made Intelligence Minister and put in charge of Syria policy, which at that time favored overthrowing president Bashar al-Assad and supported the radical “Army of Islam” militants that bombed government buildings in Damascus. He coordinated closely with the CIA. In 2015, King Salman made him crown prince

In 2017, however, the ruthless and ambitious Bin Salman managed to sideline Bin Nayef, who was allegedly placed on house arrest and pressured to give up all claims to the throne. In late fall of 2017, Bin Nayef’s bank accounts were frozen.

Bin Salman went on a rampage, imprisoning dozens of princes in the Riyadh Ritz Carlton and shaking them down for some $100 billion that he alleged they had gained through corruption. This tactic appears to have been intended to weaken any potential rivals to the line of Salman.

The final disgrace a removal of the former crown prince in my view was only a matter of time, since MBS, or Mohammed Bin Salman, brooks no challenge, even a past one from a weak player.