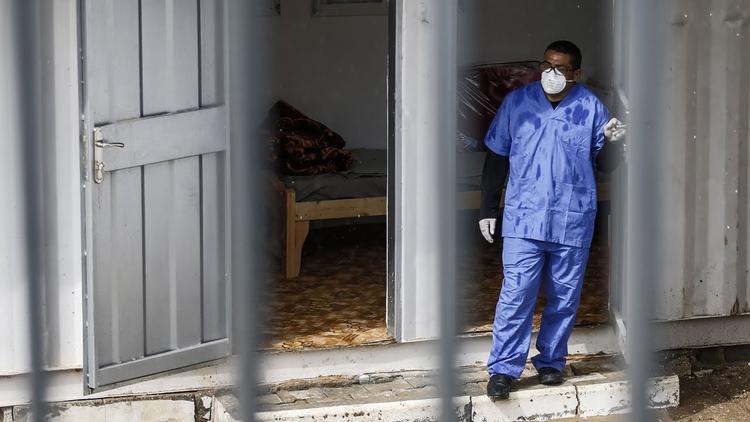 The populations of many countries the world over are right now living under unprecedented quarantine measures and restrictions on movement.

The threat of the rapidly spreading coronavirus pandemic has changed the world for the foreseeable future.

It is true that most people who contract COVID-19 (the disease caused by this new coronavirus) will suffer only mild symptoms and will soon recover.

It is also true that the number of deaths from those contracting the disease is low in percentage terms (current estimates range between 1 and 6 percent).

However, the threat from COVID-19 is its alarmingly high infection rate, and the rapid speed with which it had spread around the world.

At the beginning of the current national emergency in the UK, people close to the prime minister talked about aiming to reach “herd immunity” – a crackpot, borderline psychopathic idea in my view.

This thankfully now-abandoned plan at one stage was actively aiming for as many as 60 per cent of the UK’s population to contract the disease.

If this had been seen through, it would had led to unimaginable suffering, with deaths in the hundreds of thousands, if not millions.

The UK’s population is more than 66 million. 60 per cent of that would have meant 39.6 million Britons contracting COVID-19. Even a 1 per cent mortality rate of this would have meant just under 400,000 deaths.

Mortality of 6 per cent would have meant 2.3 million dead.

Either chilling scenario would have almost certainly led to the collapse of the NHS.

Thankfully, there was a sharp reversal of policy, and a national lockdown has now been imposed. We can only hope that this is not too little, too late.

. . . With such alarming figures, it is no wonder that people around the world have accepted unprecedented curtailments on their individual liberty and freedom of movement in order to urgently curb the spread of the virus.

Israeli measures to curb the virus are no different in this regard.

But Israel’s coronavirus policies are quite different this way: they are accelerating and heightening their military dictatorship against the Palestinians.

For example, the limited number of Palestinian workers who are permitted jobs outside the West Bank – with virtually no rights and protections inside “Israel proper” – are being made to separate from their families for two months. Their families are not permitted to live in Israel due to their apartheid regime.

In one particularly shocking incident, seen in a video passed around social media earlier this week, Israeli occupation forces expelled a Palestinian worker, and dumped him on the side of a road in the West Bank near a checkpoint.

Technology of death: The not-so-shocking report on Israeli weapons exports

Israel’s regime of military occupation continues unabated, with attacks on the Palestinian civilian population, night-time arrests, killings and other abuses. The only change to these seems to be that the soldiers are now wearing masks.

It is not as if any of these measures are being put in place to protect the public health of either Palestinians or Israelis.

Indeed, several Palestinian prisoners – forced to live in dire and abusive conditions in Israeli dungeons – have been reported by human rights groups to have been put under quarantine due to contact with Israeli prison workers who have tested positive for COVID-19.

With multiple national crises in progress around the world, and an unprecedented global pandemic raging, authorities everywhere instinctively understand that this a good time to bury bad news, and to escape scrutiny.

With major new government powers in place, could Israel now have an even freer hand than usual to expand their illegal military occupation of Palestine?

As I wrote in my last column, one Israeli liberal recently accused Prime Minister Benjamin Netanyahu of instigating “the first coronavirus dictatorship.”

Israeli forces stand guard at checkpoints within the coronavirus (Covid-19) pandemic precautions ahead of the Friday Prayer in Jerusalem on 20 March 2020. [Mostafa Alkharouf – Anadolu Agency]

This was perhaps rather hyperbolic, and in any case, Israeli liberals have never shown the slightest concern for the real-life military dictatorship that Israel has imposed on Palestinians since 1948.

As of this week, Israel’s political deadlock after its recent third election, now appears to be over. The main Israeli opposition list is to split, with the faction led by its leader Benny Gantz to join an “emergency” unity government led by Netanyahu.

Gantz had previously sworn not to join a government led by the brazenly corrupt Netanyahu, who had been due to go on trial at the beginning of March.

With Netanyahu’s power once again cemented, what could he do under cover of the coronavirus crisis?

A little noticed private member’s bill put forward in the Knesset earlier this month gives a chilling indication. The bill has been crafted by politicians from Netanyahu’s Likud party.

It calls for the annexation of large parts of the West Bank. The new Israeli government appears to clear the way for this bill to pass.

READ: Palestinians manufacturing masks for Israel instead of clothing as coronavirus spreads

In 1948, Israel forcibly expelled some 800,000 Palestinians from Palestine.

They used the cover of the war against the neighbouring Arab states to distract from these crimes (despite the fact that hundreds of thousands of Palestinians had already been expelled by Zionist militias before 14 May 1948 when the Israeli state was declared, the day before the Arab armies finally intervened).

Under cover of the 1967 war too, Israel expelled more Palestinians and occupied vast new swathes of Arab land.

Let us hope that they are not able to get away with more such new crimes during the current crisis.

The Real News: “Palestine Is Occupied, Segregated, And About To Face COVID-19”