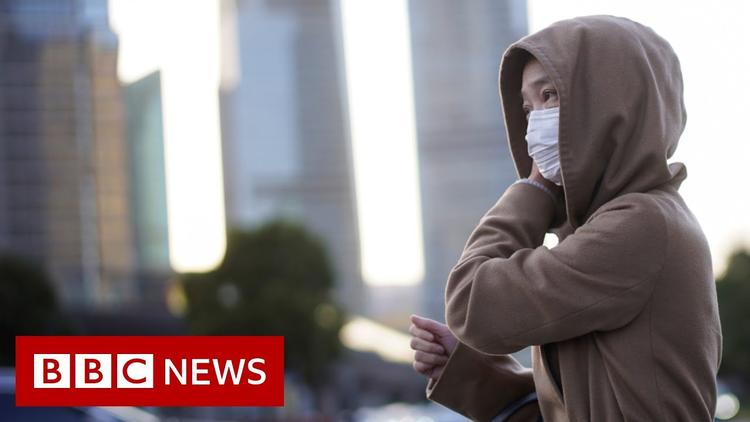 Southwest Harbor, Maine (Special to Informed Comment) – There is an old saying that politics stops at the water’s edge. Never really true, it is even less appropriate today. Domestic politics and international relations interact with each other, often in subtle or unseen ways to the detriment of us all.

President Trump’s insistence on calling the virus the China virus is not only misleading and a source and intensifier of ethnic conflict. It is also an accelerant of the pathogen.

Covid- 19’s damage is likely to be reduced only if the political economic and cultural response becomes as nimble as the virus itself.

On Tuesday, Iranian Foreign Minister Javad Zarif called the United States’ refusal to lift sanctions “medical terrorism,” as CODEPINK called on European countries to disregard the sanctions. Medical terrorism is an appropriate label for hostile acts intended to so injure their victims that they will seek overthrow of their own government.

As in the case of the refusal to extend paid sick leave and universal healthcare, the continuation and intensification of sanctions against Iran inflicts harm on innocent civilians and potentially on an entire region.

Mark Weisbrot , co-director of the Center for Economic and Policy Research warned that continued sanctions against Iran could have devastating consequences for other nations in the region as they work to stop the spread of the virus.

“There can… be no question that the sanctions have affected Iran’s ability to contain the outbreak,” said Weisbrot, “leading in turn to more infections, and possibly to the virus’ spread beyond Iran’s borders.”

“If the U.S. government is going to assist other countries, let alone provide some kind of leadership role during this global crisis, the first thing it should do is ’cause no harm,'” Weisbrot added. “Economic sanctions, as the U.S. is applying against Iran, Cuba, Venezuela, and other countries, cause immense harm.”

Not only is there the strong possibility of leakage of the virus beyond immediate cites of outbreak, government and health officials lose significant information about the virus’s case fatality rate and transmissibility

Covid- 19 is a dress rehearsal for similarly dangerous problems in the immediate future. Thus far the US is failing. How about beginning a new chapter. There is an acute lack of test kits. As for lack of adequate testing, that is a major issue because, as the Times newsletter “The Interpreter” explained Thursday, China and South Korea have shown that “testing early, often, and widely makes all the difference.”

Some have claimed that no numbers from China can be trusted. Skepticism is appropriate given the ways in which the Chinese authorities withheld information in the early stages of this crisis. The US, however, is in no position to complain about withholding politically embarrassing statistical information. China scholars Otto Kolbl and Maximilian Mayer maintain plausibly that with subsequent interactions among governments and the WHO greater transparency has been achieved. I would add that China doubtless recognizes that accurate numbers help everyone surmount this crisis.

Here is where China could help even more directly. Kolbl and Mayer report that China has the capacity to test 200,000 samples per day. They might be willing to test our samples until we develop sufficient capacity. India also has a modern pharmaceutical industry and the capacity to make these kits. Since most commercial sir traffic is grounded, transportation capacity is not an issue.

At this moment such suggestions are the stuff of fantasies. One major reason, however, is the faith in America as a beacon on a hill and the long standing scapegoating of racial minorities especially in periods of crisis. These not only feed physical attacks on minorities but also constrain and corrupt our foreign policy. I look forward to a world in which peace, climate, and social justice advocates organize across borders and demand transparency and responsiveness of governments in the face of climate chaos and global pandemics.