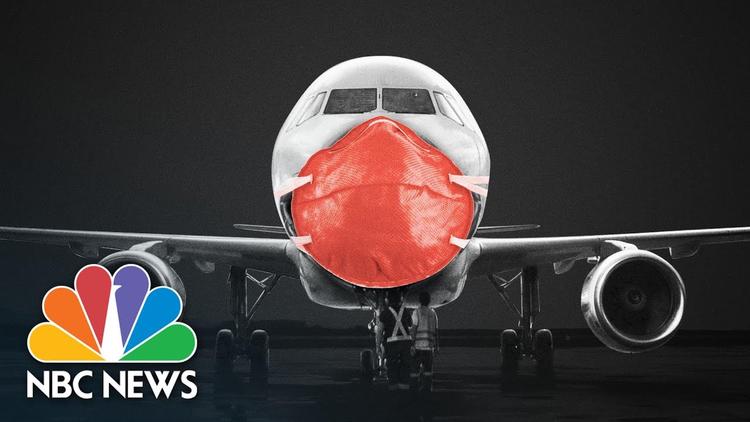 Southwest Harbor, Maine (Special to Informed Comment) – Occasionally President Trump likes to play defender of the common man. The frequent attacks on NAFTA and the promise to replace it with a better trade deal are one instance. Recently the effort to build a bipartisan stimulus response to the deepening economic losses occasioned by the Covid-19 crisis has given him another opportunity. The President’s press conference last week gave him an occasion to blast stock buybacks, the financial technique whereby corporations use free cash flow to purchase their own shares of stock, in theory driving up their price. Holders of the stock, including often top- level management, can then sell some of these shares and realize substantial profits.

In addition, since CEO salaries are often pegged to the price of company stock, the buyback strategy is especially popular in executive suites. Trump’s massive and heavily corporate – skewed tax cut occasioned a boom in buybacks, something numerous economists feared. Nonetheless, he now unashamedly joins the ranks of those economists disgusted by the rash of buybacks. Here is the President’s latest stand: “The Republican president doubled down on his comments on Friday, when asked by a reporter during a news conference if the buybacks like those by Boeing and some airlines were a “deal breaker” for him.

“I never liked stock buybacks from their standpoint. When we did a big tax cut, and when they took the money and did buybacks, that’s not building a hangar, that’s not buying aircraft, that is not doing the kind of things that I want them to do,” (Quoted by Reuters)

What neither Trump nor some of his radical critics seem to recognize is that buybacks are merely one technique corporate stockholders use in order to maximize shareholder value. The American corporation has become primarily a financial asset to be bought and sold with the aim of maximizing the return to its shareholders. Maximizing shareholder value is often treated today as though it were a commandment handed down by God, but in fact it is nothing more than an emanation from a controversial essay by Milton Friedman. Historically corporations have been regarded as enjoying privileges based on obligations to workers and communities. Those requirements were challenged as part of the neoliberal revolt against America’s modest welfare state.

With the crisis of New Deal liberalism in the late sixties and seventies, governments were under increasing pressure to deregulate both commodity and financial markets. As manufacturing profits from sales to squezed and debt- burdened consumers were on the decline, finance increasingly became US capitalism’s fastest growing source of profit. Mergers and acquisitions, which increase profit margins,—often at the expense of workers and consumers—were widely practiced throughout the economy. Displaced workers and consumers were offered the chance to invest in the very corporations squeezing them through 401ks. In the process finance became a staple of everyday life. The whole dynamic depended on and reinforced the concentration of both economic and political power.

Critics who have been properly outraged by buybacks still need to ask themselves the question posed by Jeff Gordon, a law school student writing in a provocative new blog, Law and Political Economy. He asks if a company is prevented from using any of its free cash flow for purchase of its own shares (what will it do with its extra cash horde?) Will it invest in more training and higher compensation for its work force? Or salt the cash away for the proverbial rainy day? Or set up shop in India? Or set the cash aside as a strike fund for when it decides to crush its union?

One of the corporations to which Trump alluded has an all too frequent answer to Gordon’s question. As economic journalist Marshall Auerbach puts it: “A former quality manager, John Barnett, a whistleblower who worked at Boeing for nearly three decades, damningly suggested to the New York Times: “I haven’t seen a plane out of Charleston yet that I’d put my name on saying it’s safe and airworthy.”

Recall that Boeing originally moved some of its operations to the “right to work” state of South Carolina to undermine the strength of its unionized workforce in the state of Washington, which has had an adverse effect on the overall quality of its products.( https://www.nakedcapitalism.com/2019/04/boeing-might-represent-the-greatest-indictment-of-21st-century-capitalism.html)

How to prevent corporations from squandering vital resources in the midst of a pandemic? Congress is already being asked to bail out formerly prosperous leisure and travel giants. First priority, however, should be vast expansion of financing, production, and distribution of medical supplies and essential goods and services. This must include special efforts to protect the front line workers who deliver and stack our goods, a long neglected segment of today’s workforce. Their views should be taken seriously and given some weight.

Rescue requests from other quarters of the modern consumer economy are already in process. Some progressive legislators, probably with the support of at least a few Republicans, are likely to demand restrictions on buybacks and other financial strategies. The far better alternative is to challenge the primacy of shareholder value via fundamental reform of the corporate structure itself. Eligibility for assistance might be based on a point system that would include 1) how essential the business or industry is to the overall economy, 2) climate impact, 3) degree of worker ownership and control,4) history of union relations 5) history of and policies to deal with racial and gender discrimination. How to prioritize and measure these points will be imprecise and necessarily a political process. Critics on the right will of course object to interference with the market and view such reforms as the road to economic collapse and tyranny. Remind them they have failed the market test. Their failures should be our opportunity to embrace and advocate a more just and democratic economy.