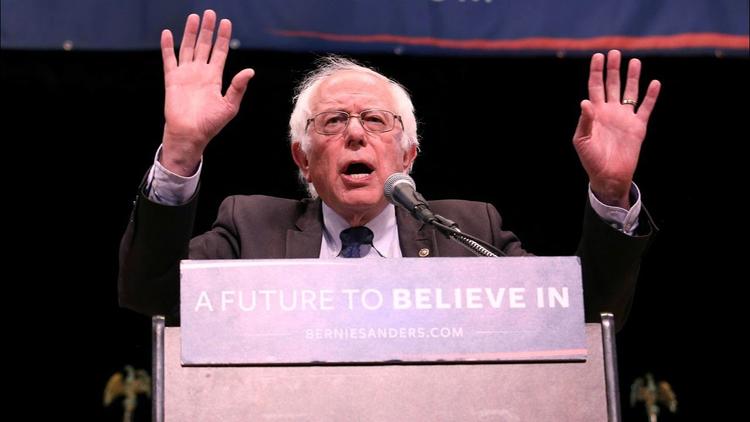 Notre Dame, IN (Special to Informed Comment) – The Establishment wing of the Democratic Party is so worried about the possibility of a Sanders victory on Super Tuesday that they would rather have Biden win the primary and lose the general election than have Sanders win both. And it is clear that Sanders is a far more electable candidate than Biden will ever be. Not long ago everybody regarded Biden’s campaign as dead in the water. A single big victory in South Carolina appears to have fueled establishment fantasies that the former Vice President can win the nomination and beat Trump.

The war on the Sanders’ campaign is clear evidence that the Establishment wing of the Democratic Party would rather retain the party ideology that got Trump elected in the first place than actually listen to what much of the Democratic voting base overwhelmingly supports: a major overhaul of an economic system in which the rich control the levers of power and everybody else is left to fend for the crumbs.

The Democratic Party is playing with fire. They are betting that Sanders supporters hate Trump so much that they’ll vote for any Democrat come November. That stance may be a major miscalculation. Will Sanders supporters cheering for deep structural change really just vote for any Democrat – even if Bernie tells them to? If Sanders wins a plurality of delegates and is denied the nomination in Milwaukee by the party leadership, it is hard to see how Sanders supporters would not regard it as a slap in the face. If their burning resentment keeps many from the polls, the DNC will have effectively ensured the reelection of Donald Trump.

Joe Biden’s campaign has been an unmitigated disaster. Everybody knows that he does not have the coalition needed to win in the general election. He barely has the coalition needed to win in the Democratic primary. Last-ditch efforts by the so-called “moderates” to shore up his campaign are a sign of desperation, not strength. Instead of throwing their support behind a candidate whose coalition has already produced serious results and that has real staying power, they have decided to support a candidate whose inability to win when he is not endorsed by major party leaders is the clearest indication that he does not excite the base.

Elisabeth Warren has proven that she really has no political instincts and would rather derail the possibility of a progressive victory than face the music and suspend her campaign. The New York Times reports that her decision to remain in the campaign has delighted leaders in the Democratic Party, who will no doubt throw her under the bus once she has served her purpose. She should suspend her campaign and shore up the progressive wing of the Democratic Party. The failure of the progressive wing to form a united front against Third Way Democrats presents no less of a threat to their success than the unification of the moderate wing behind Biden.

All of this means that the Democratic Party is too confused to defeat Donald Trump. Even if Sanders wins the nomination, the leadership will only show lukewarm support. In the end, the success of Donald Trump has proven that American political parties care far more about their own survival than they do about the general welfare of the American public. Right now, the Establishment wing of the Democratic Party believes that it is facing an existential threat, not from Trump, but from Sanders – not from the right, but from the left. Trump can’t destroy the Democratic Party, even if he costs them another election. Sanders, on the other hand, can permanently transform the Democratic Party for decades to come. And that scares them more than anything else.

This is still the party of Bill Clinton and Barack Obama. This is still the party that only managed to defeat George H.W. Bush in the early 90s by becoming Eisenhower Republicans and accommodating highly centralized corporate power at the expense of everyone else. This is still the party that believes in technocratic management over justice, in fake calls for “unity” when a war is being waged in this country every day against working and poor people. Above all, they believe in authoritarian-style backroom deals where super-delegates decide who gets to run for president when democracy does not work in their favor.