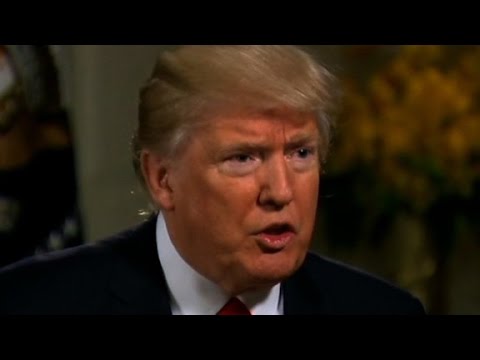 (Special to Informed Comment) – Trump‘ s policy of exerting maximum pressure on Iran, highly provocative targeting of Quds Force General Qassem Suleimani, non-recognition of Congress’s war powers, vow that as long as he remains in power Iran will not be allowed to acquire nuclear weapons, and Iran’s increasingly alarming violations of its own obligations under the JCPOA indicate a high probability of war perhaps even before the 2020 US election.

Although Trump communicated during his highly inflammatory State of the Union speech that the possibility of reaching compromise is entirely up to Iran, his lack of any substantive effort at constructive diplomacy and all-or-nothing approach to negotiation makes it nearly certain that Iran will continue to breach its own obligations under the nuclear agreement until the US or Israel acts militarily to stop it.

Trump’s ability to change this devolving dynamic may depend on his instinct toward what may be termed moral realism, in contrast with the more Manichean paradigm of those within the US foreign policy establishment who demonize Iran as exceptionally diabolical.

“You think our country’s so innocent?” Trump’s rebuttal (https://youtu.be/7PA4PgG9-eI) to Bill O’Reilly’s skepticism on engaging with Vladimir Putin, the authoritarian ruler of Russia, could just as readily be applied to Iran. The latter’s adversarial relations with the US seem to be felt on a remarkably deep emotional level among an American political elite that prides itself on its ostensible rationality. This intense fear, hatred, and incomprehension of Iranian leaders distorts perceptions and inhibits US officials from realizing the potential for constructive engagement with Iran.

The US is indeed not so innocent. It may come as a shock to those accustomed to taking at face value US officials’ framing of the 41-year adversarial relationship between the US and Iran in elementary terms as a conflict between “good” and “evil”; reality, however, is comprised of shades of gray.

During the 1980-1988 Iran-Iraq War, the US and other Western governments knowingly supplied (https://www.newsweek.com/how-us-nerve-gassed-its-own-troops-then-covered-it-317250) Saddam Hussein with the precursors he needed to produce chemical weapons, which he fired on Iranian soldiers and civilians alike, with the help (https://foreignpolicy.com/2013/08/26/exclusive-cia-files-prove-america-helped-saddam-as-he-gassed-iran/) of US targeting intelligence in the former case. When Iran sought accountability by presenting the UN with these allegations, the US government obfuscated (https://www.aljazeera.com/news/2018/04/chemical-attacks-iran-180415122524733.html) by withholding the abundant evidence it had of Saddam Hussein’s horrific war crimes.

The only semblance of an official apology for this came from the Clinton administration’s Secretary of State Madeleine Albright. Although she never actually referred specifically to these abhorrent actions, she acknowledged (https://1997-2001.state.gov/statements/2000/000317.html) in her March 17, 2000 speech, “….aspects of US policy towards Iraq, during its conflict with Iran appear now to have been regrettably shortsighted, especially in light of our subsequent experiences with Saddam Hussein.” Mistakes were made.

Unsurprisingly, Iran’s Supreme Leader, Ayatollah Ali Khamenei rejected (https://mepc.org/journal/irans-supreme-leader-analysis-his-hostility-toward-us-and-israel) this relatively tepid effort by the Clinton administration to pursue a moderation in relations. Khamenei objected to its criticism in the same speech of the Iranian state remaining under the control of “unelected hands” as well as his perception of a lack of behavioral change on the part of the US toward his regime.

As long as Khamenei remains in power, he will bristle at any efforts to encourage democratic reform in Iran, viewing it as a Trojan horse intended to undermine the Islamic Revolution.

This does not mean the US and other Western powers should not support relative moderates through various means but rather that it should focus primarily on constructive diplomacy with Iran’s current political leadership. This will have the less provocative and over the longer term probably more influential salutary effect of strengthening the positions of reformists, who will be able to point to substantive efforts by the US to heal deep and bitter psychological wounds.

Perhaps the best way the US could pursue this would be to issue an official apology and offer without precondition to provide medical technology to treat the Iranian victims of Saddam Hussein’s chemical weapons attacks.

Critics of such an initiative may point to Iranian leaders’ own largely permissive response to Syrian dictator Bashar al-Assad’s extensive use of chemical weapons against the Syrian population in the horrific civil war still ravaging the country. They may also ask why the US should offer something for nothing.

The question is, does America want to risk making the problem worse by expanding the conflict, which may draw in Russia (https://lobelog.com/russias-potential-response-to-a-u-s-iran-conflict/comment-page-3/) and perhaps even China (https://jamestown.org/program/the-strategic-implications-of-chinese-iranian-russian-naval-drills-in-the-indian-ocean/) on Iran’s behalf? If the answer is no—as most Americans maintain (https://foreignpolicy.com/2020/01/03/killing-suleimani-iran-tension-trump-fault/)—the political momentum toward war must be reversed by attempting to introduce a virtuous dynamic into it that Iranian leaders just might be able to persuade Khamenei to reciprocate.

At the very least, such a constructive diplomatic initiative might make it more challenging for the ailing Supreme Leader of Iran to maintain Iranian elite and public support for an escalation in hostilities with the US. If it failed, little would be lost but Americans’ naiveté, which does not serve the country well in any case considering its role in inhibiting (https://www.diplomaticourier.com/posts/what-christians-should-know-about-america-and-iran) diplomacy. In the age of nuclear, cyber, and hypersonic weapons, learning how to excel at the deeply challenging work of diplomacy is a moral and existential imperative. It must start with deep introspection that leads to a renewed sense of vision rather than a self-destructive guilt complex.

If Americans want peace, they must encourage their elected representatives to cultivate the qualities necessary for conflict resolution and discourage those who are intent on prematurely embroiling our countrymen in another war that will in all probability cost tens of thousands of American lives, the death and displacement of millions more Middle Easterners, trillions of dollars, and even the political demise of our democratic republic, which we are already precariously close to in significant part because of our hostile relationship with Iran. It’s time to change course.

AP: “Iranians react after US bans travel to Iran”