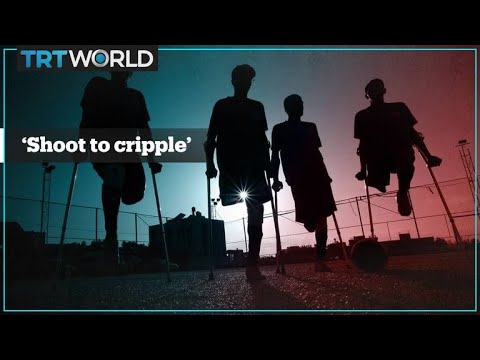 ( Middle East Monitor ) – The international community has stated repeatedly that it will not accept any changes to issues related to Palestine upon which global consensus has been reached. The unilateral decision taken by the US to recognise Jerusalem as Israel’s capital is one such example; so is the current stance regarding Donald Trump’s “deal of the century” versus the two-state compromise, although some world leaders have entertained the possibility of working with the US on the “peace plan” if a two-state paradigm is included.

Indeed, the international community’s reaction to the deal, in particular the possibility — no matter how slight — of considering the US-Israeli appropriation of what remains of occupied Palestinian land, is an eye-opener in terms of how international consensus and unilateral decisions can work together to the detriment of the people of Palestine.

Israeli media yesterday announced that the US State Department’s Human Rights report on Israel, the occupied West Bank and Gaza referred to Palestinians living in occupied Jerusalem as “non-Israeli residents”. Israel Hayom described this claim by the Trump administration as removing “controversial language”. An unnamed US official explained the decision thus: “The goal of this report is to maximise accuracy. Being accurate and factual has been the hallmark of this administration’s foreign policy.”

And yet it was an inaccurate statement if ever there was one, although the US is not acting without precedent. Britain’s 1917 Balfour Declaration in support of Zionist colonisation plans made no mention of the Palestinians; it simply referred to them as what they are not: “non-Jewish communities in Palestine”. Colonialism is about obfuscation and elimination, which is what the Balfour Declaration, the international community and, most recently, the US is setting out to accomplish on Israel’s behalf.

The State Department report’s aim is to align with the deal of the century and the steps taken by Trump. It reinforces the fragmentation of Palestinian identity, which is not a political novelty. However, in light of the US-Israeli scheming to facilitate the Zionist state’s colonial expansion in what remains of Palestine, there is a heightened awareness about what the US is doing to render Palestinians diplomatically and politically what we might call “non-people”.

Palestinian identity has also been tampered with by the international community and its contribution to the fragmentation of Palestine. The collective noun “Palestinians” has been substituted by other term: Gazans, for example, is often used when referring to Palestinians living in Gaza, even though most of them are refugees from elsewhere in Palestine and not the coastal enclave. Borrowing from the colonial narrative, Arab-Israelis is usually used to refer to Palestinian citizens of Israel.

Such terms have become part of the mainstream narrative on Palestine and are used without questioning the implications, to the point that they have also seeped into the vocabulary of pro-Palestine activism. If there is a lack of coherence within the international community and activist circles on the use of terminology to determine and assert Palestinian identity, the US and Israel are unlikely to face any meaningful opposition to their efforts to eliminate the Palestinians as a distinct people.