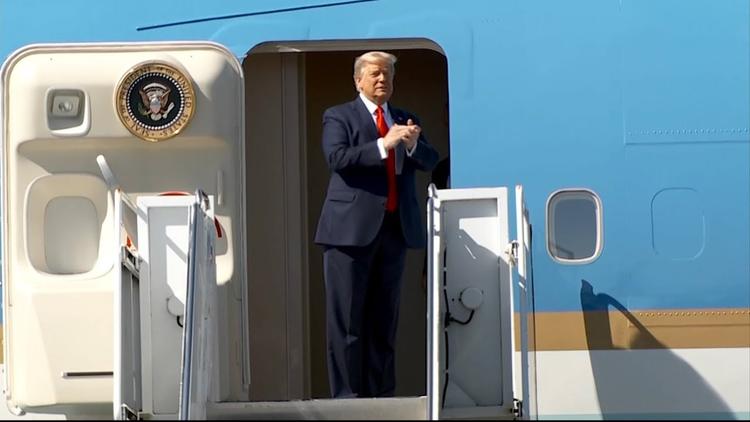 Tiffin, Ohio (Special to Informed Comment) – It may come as a shock, but Presidential candidates Trump and Sanders have made a number of similar policy commitments. How are we to make sense of this?

Need some evidence? Both Sanders and Trump have called for affordable health care for all. Sanders’ support for Medicare for All is long standing, but Trump has taken a similar position. In a Washington Post interview after his election, Trump promised that people “can expect to have great health care. It will be in a much simplified form. Much less expensive and much better.” He further pledged that, “we’re going to have insurance for everybody.” These commitments were not a one-off: They were made repeatedly. (Curiously, I don’t recall any pundit asking Trump how he would pay for his plan.)

The public is well aware of Mr. Sanders intention to raise taxes for the very wealthy, but Trump frequently made similar pledges. In a July, 2017 Wall St. Journal interview, he quoted a wealthy friend, “[Robert Kraft] Tax the rich people. You got to take care of the people in the country. [Trump] It was a very interesting statement. I feel the same way. …” Sanders and Trump have also both expressed a good deal of antipathy toward the Forever War.

The environment has been an important issue for both Trump and Sanders. At a Florida rally in 2019 Trump said “We have among the cleanest and sharpest — crystal clean, you’ve heard me say, I want crystal clean — air and water anywhere on Earth.” Not surprisingly, Sanders has made similar commitments.

Sanders and Trump have both pledged to spend large amounts on public infrastructure. As Trump put it to a 2017 meeting of governors, “We spend $6 trillion in the Middle East and we have potholes all over our highways and our roads … so we’re going to take care of that. Infrastructure — we’re going to start spending on infrastructure big.” He bandied about a trillion dollar figure, according to CNBC.

And on reining in Wall Street, Trump and Sanders sang a similar tune. As CNN noted in 2017, on the campaign trail Trump accused Wall Street of getting away with “murder”. “He vowed to break up the big banks and force the finance guys to pay higher taxes. His final campaign ad showed ominous photos of the New York Stock Exchange and the CEO of Goldman Sachs and proclaimed it was time to put an end to the political and business elites that have ‘bled our country dry.'”

Both Sanders and Trump have promised to protect what remains of the social safety net – especially Social Security and Medicare. Sanders, of course, wants to expand them. Trump, in his most recent state of the union address, promised that, “We will always protect your Medicare and your Social Security,” As for prescription drug costs, both men pledged to allow Medicare to negotiate prices, and to permit the importation of less costly drugs from Canada.

Why do politicians with such drastically different philosophies take similar positions on key issues? Politicians tell voters what they want to hear, and many voters want to hear about economic populism. For instance, a recent (2019) Kaiser Foundation poll revealed that 93 percent of Democrats and 74 percent of Republicans favor government negotiating Medicare Part D prescription drug prices. Public Policy Polling (2018) found that 66% of voters are more likely to back candidates who support expanding and increasing Social Security benefits, and 64% are more likely to back candidates who support expanding Medicare. In a Politico/Morning Consult poll from February 2019, 76% of registered voters agreed that the wealthiest Americans should pay more in taxes. Almost all of the candidates’ issue positions outlined above poll very well with the American electorate.

But promises and following through on them are two different things. In case you have not been keeping up, Trump has failed to implement any of the above pledges. Since he got away with making promises that he had no intention of keeping, we can expect Trump to repeat that performance during the 2020 general election campaign.

And one might ask, how is it that Trump can make these promises without causing much of a stir, while Sanders’ similar stands seem to scare the bejeebers out of corporate Democrats and Wall Street? It’s hard to exaggerate the fear and loathing that the Democratic party establishment has for Sanders’ proposals. In spite of being very popular with the voters, his progressive agenda is loudly proclaimed to be dangerously radical, irresponsible and unattainable. Even the left wing Mother Jones blog calls Sanders “too liberal”.

But somehow, Trump gets a pass for making similar pledges. One suspects that at some level almost everybody knows that Trump is lying, but that Bernie actually means what he says.

Is Mr. Trump a left-wing radical? Not likely, but at times he sure talks like one. If Joe Biden is the Democratic nominee, watch Trump run to his left.

[Arnold Oliver is Professor Emeritus of Political Science at Heidelberg University in Tiffin, Ohio. He can be reached at <soliver@heidelberg.edu>]

Arnold Oliver Arnold Oliver is an emeritus professor of political science at Heidelberg University in Tiffin, Ohio. Reach him via uniqname soliver at @heidelberg.edu